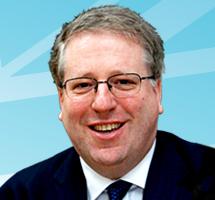 Yesterday's speech shows a week is a long time in politics after Labour's Maria Eagle had made cycle safety a central issue...
by Simon_MacMichael

Secretary of State for Transport Patrick McLoughlin has told the Conservative Party Conference that cyclists “need to do their bit” in ensuring roads become safer. His remarks come a week after his shadow cabinet counterpart, Maria Eagle, urged the government to implement the manifesto of The Times newspaper’s Cities Fit For Cycling campaign.

"This was the summer that Britain got cycling,” said Mr McLoughlin, after highlighting the Olympics as a major project that Britain had delivered. "The number of people cycling is soaring, but the number of accidents has gone up too. We've got to change that.

"We've got to build safety into our roads for everyone that means better design and better education too because this isn't just about getting motorists to take care, it is also about getting cyclists to do their bit too."

Those words drew loud applause from the audience, but Mr McLoughlin didn’t elaborate on what, exactly, he expected cyclists to do.

Nor was there the commitment to Cities Fit For Cycling that Ms Eagle had urged, still less any talk of what the government could do to address the situation.

That was it, as far as cycling was concerned.

Instead, his speech focused on broader transport issues as well as specific projects such as HS2, the need for a new airport in the South East and investment on alleviating pinch points on major roads.

Mr McLoughlin outlined what he described as “an outstanding programme to get Britain up to speed” including “greater investment in our roads.”

In a parallel universe, that might have been a lead-in to a promise of huge investment in cycling as a safe means of everyday transport, one that doesn’t slow down and stop and allows people to get on with their daily business, a change of approach similar to those that transformed the Netherlands and Denmark from the 1970s onwards.

Back in Birmingham in 2012, however, there was little prospect of that happening.

Mr McLoughlin went on: “So how do we fix it? My answer in three words: invest in infrastructure.

“Our competitors around the world are investing in transport and we must too. No big infrastructure project is done without controversy, but once they are built people rely on them.

"We need better roads too, to keep car, trucks and buses moving. Let's face it, we've underinvested as a country for years. There is too much congestion. Not enough new schemes. It's madness and we're going to get it sorted out.

"You can't just click your fingers to solve it [transport problems]. You need to think big and hold your nerve for decades."

He concluded: "We will get Britain moving again."