This Friday and all weekend (28-30 September) the Cycle Show once again heads to the NEC in Birmingham for a packed show where you can see some of the best new bikes and kit the cycling industry has to offer. Here's a quick look at just some of the highlights you can expect to see when you head along.

Lots of the top brands launched their latest bikes and products already at Eurobike earlier this month and some of them even before that, but the Cycle Show offers the first glimpse of the shinest new products in the UK. 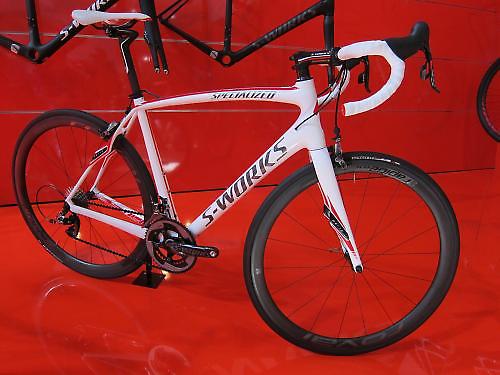 What can you expect then? Many of the biggest names in cycling will be there, such as Specialized who will be showing their brand new Roubaix SL4 which was ridden to Paris-Roubaix victory by Tom Boonen earlier in the year. Plus they'll have their new Secteur disc braked road bike as well. Trek will be showing the new 2013 Madone, which has spent a serious amount of time in a windtunnel and has gained some aero features. Integration, particularly with concern to aerodynamics, is one of the trends we're starting to see in the latest bikes and we only expect to see a lot more in the future. Brakes hidden away behind the bottom bracket or inside the forks are just the start. The bump-busting Domane will be there too. It's an all-new bike this year, giving you the chance to get up close to the unique IsoSpeed Decoupler suspension system.

Another big big area of development is disc brakes on road bikes. There's much talk of them being the Next Big Thing. Advantages include more consistent, reliable and modulated braking power. While no one is sure which way the industry will go, it's clear they're here to stay. And an early adopter is Colnago with their new C59 Disc. They've taken their top flight race bike the C59 and modified the carbon forks and rear triangle to accept Formula's hydraulic brake calipers. Cannondale update the Evo, as used be Peter Sagan, and managed to find some more weight to lose on an already extremely light frame. Looking for some new wheels? Zipp are extending the use of their Firecrest aero rim shape to cover their 202 model with the launch of a new clincher. The 202 already exists as a tubular, non-Firecrest wheel but Zipp are now releasing a clincher version using their Firecrest shape. Exposure Lights are ready for the winter with an updated range of lights, and highlights include the Revo, a dynamo-powered LED light. It'll produce a staggering 800 lumens - more than enough for riding dark country lanes in the winter. You might be thinking that's all well and good, but what happens when you stop pedalling? Their clever Stand Light Technology ensures that 200 lumens are still produced. They've updated the road-specific Strada light too. It's now in its 4th generation and output has been increased to 800 lumens (from 645) yet it still costs the same. 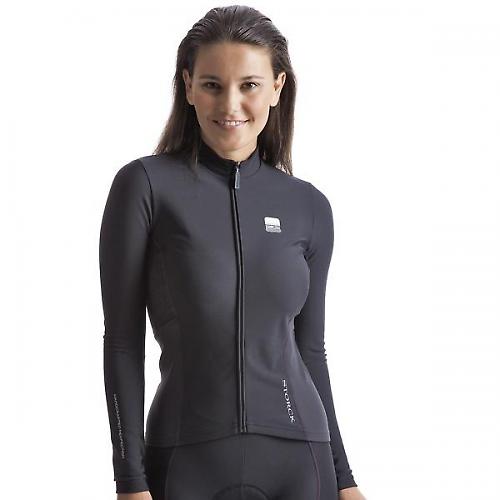 Eddy Merckx their new EMX-525. The design brief for the EMX-525 wasn't weight or aerodynamics, but ride performance and stiffness. While 1.84kg for a frame, fork, headset and seatpost module it's not heavy by any stretch of the imagination, it's not gunning for the lightweight crown and instead is a bike focused on delivering unrivalled stiffness with excellent power transfer – a bike you can imagine the Cannibal giving the thumbs up to if he was a racer today. Halifax-based Orange Bikes will be rolling out their new RX9 cyclo-cross bike at the Cycle Show. The RX9 name comes from Road-Cross-29 which hints at it's intended use, that's to say a little bit of everything those three different bikes can do. With thin tyres it can skim along the road quite happily, the frame is designed with slacker angles than your race 'cross bike and is a little bit longer in the draft to make it less of a handful, If you want to get a closer look at Schwalbe's new tubeless tyres, well they'll be there too. And Italian brand Wilier will have their range of 2013 bikes in display. So really, plenty to see.

While we've seen a lot of the brands 2013 bikes and products already at Eurobike, and can share them with you above, it'll be the first time to see many of these products on UK soil. And besides the new products we have seen, there will be much we'll be seeing for the first time too, including the likes of Swift Carbon, SPIN and Condor who will be showing off their latest kit. New brand Velocite will launch a new lightweight clincher wheelset the Gram SL and a new frame, the Selene.

You can see the full list of exhibitors on this web page.

And if you're all biked out, then how about this, many of the Olympic 2012 cycling medallists will be handing ut there including Joanna Rowsell, Lizzie Armitstead and Sarah Storey, giving you even more reason to pop along.

What we love about the Cycle Show is that everything you see really is on sale in the UK. And there's loads more going on besides shiny bikes and athletes showing off their gold medals. There's a BMX park contest, a Dare2b 1km mountain bike track where you can ride demo bikes, a pump track, E-Bike village to give the latest electronic bikes a whizz, and a kids test track.

There'll also be a Nocturne Super Crit outside the show with the UK's top elite men, women and youths in action. And for those wanting to spin their legs the Tour Ride Sportive, a challenging ride through the Warwickshire countryside that finishes at the show.

Tickets cost £13 in advance or £16 on the door and kids under 15 are just £1 with a paying adult. But enter RCC into the voucher code box and you'll only pay £11.50. How about that? Get your tickets here!

To mark the brand new Tour Ride Cycle Show Sportive – the last event of the 2012 Tour Ride series, which takes place at the end of this month, road.cc has teamed up with The Cycle Show and Trek to offer you the chance to win a Trek Domane 4.3 road bike, worth £1,800! Get your details in the hat now.