Italian brand is adopting disc brakes with their brand new C59 Disc. Plus there's a new Master and CLX 3.0brand will offer disc brakes on their new C59
by David Arthur @davearthur

Coming to Eurobike I anticipated that one of the trends would be road bikes with disc brakes. There hasn't been that many bikes on show at the top end - from Culprit, Time  and the biggest name of the early adopters, Colnago with the new C59 Disc. Not only were Colnago the first major bike brand to unveil a hydraulic disc equipped road bike (at the Taipei show earlier this year) at Eurobike the C59 was the first bike to come equipped with new EPS levers from Campagnolo integrating hydraulic braking and electronic shifting.

They've taken their top flight race bike the C59 and modified the carbon forks and rear triangle to accept Formula's hydraulic brake calipers. The removal of the brake studs means there can be less carbon in this area, but the lower section of the fork and the seat stay/chainstay area needs to be beefed up a bit to handle the extra forces.

Formula, an Italian disc brake company with a good reputation in the mountain bike world, have now added a Campagnolo EPS hydraulic brake lever/shifter to their range and this is the first bike in the world to get the new setup. A Shimano Di2 STI lever option has been available for some time and road.cc rode it at the demo day earlier this week. 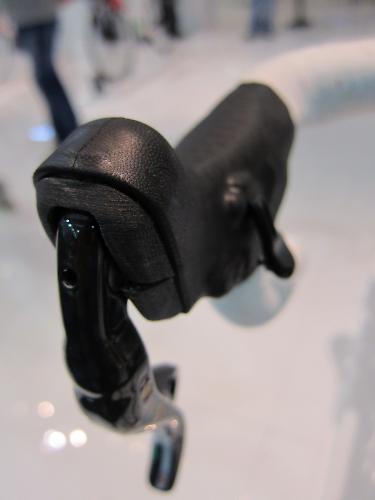 Colnago have an exclusive one year deal with Formula to use their hydraulic disc brakes and Shimano and Campagnolo levers. Formula also showed some new wheels, which have been redesigned to be disc-specific. With no need for the braking surface they've modified the carbon layup to better make use of the full full. They'll be offering a deep or shallow section wheelset next year. No word on weight yet. Rotor size is 140mm. 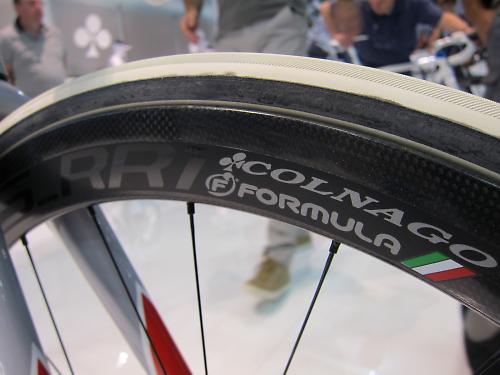 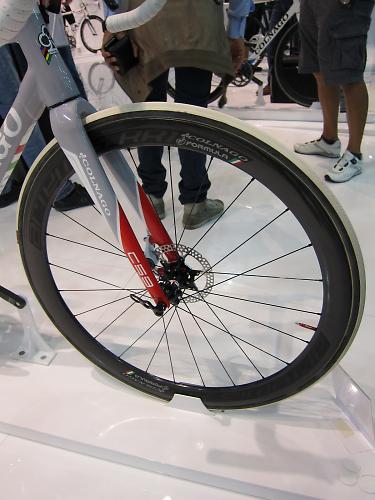 UK Colnago distributor Windwave will be bringing the new C59 into the UK with delivery expected to be towards the end of the year. Formula won't be delivering their new brakes until October so expect availability to be soon after. 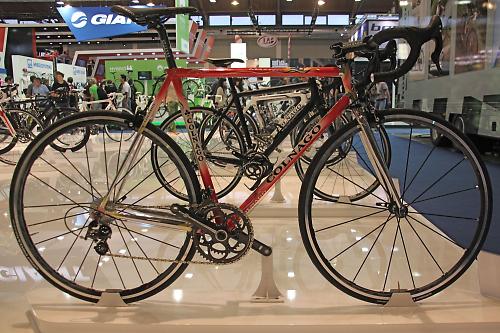 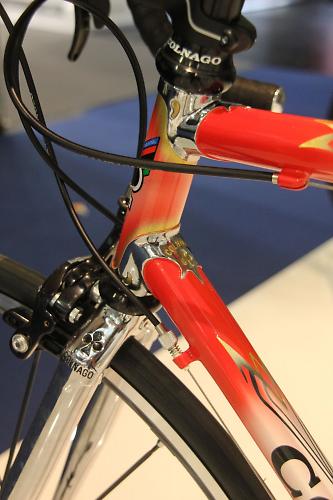 Also on the Colnago stand was the beautiful Master, a steel frame recreated with similar lines to the original, with the traditional star-shaped tubes. The tubes are the custom drawn chromium plated DT15V steel and uses the now classic lugged construction method. A chrome plated steel Precisa fork slots into the 1in headset. Choose from three colours and 16 sizes. 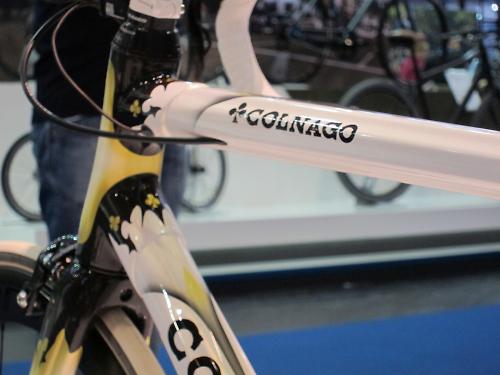 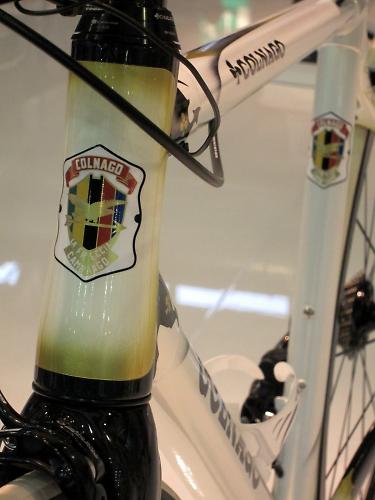 The Art Decor is a paint finish that pays homage to the company's long history of designing exquisite road bikes. It'll be available as a standard option but there will be an extra cost, each one is hand painted in Colnago's Italian factory. It's easily one of my favourite bikes of the show. 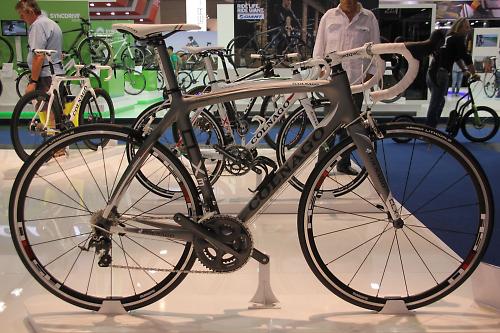 The CLX 3.0 is new for 2013, with the carbon monocoque frame now featuring internal cable routing for the rear brake and a new fork and C-HS1 head­set. The square chainstays bring it into line aesthetically with the other Colnago bikes in the range. A Shimano Di2-equipped bike will be available. 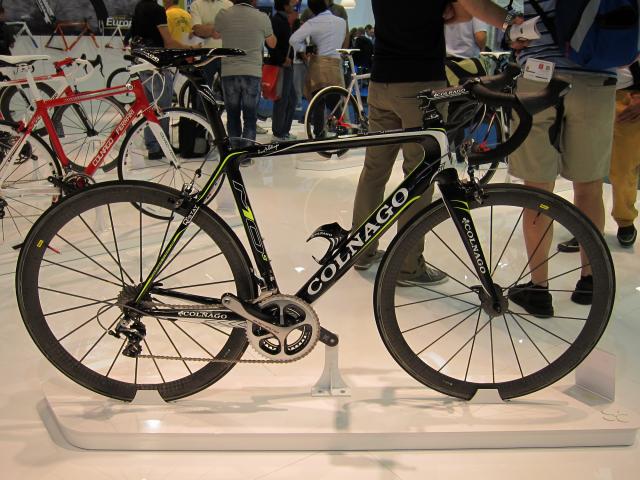 This is the M10 S. It sits alongside the C59 but while that frame uses a tube and lug construction method, the M10 S uses a monocoque assembly design process. It's lighter than before and and is fully compatible with electronic groupsets.