Team Garmin-Sharp, which includes Britain’s David Millar and Canada’s Giro d’Italia winner Ryder Hesjedal, will be racing the Tour de France Prologue in Liège this weekend on Cervélo P5 time trial bikes that include some innovative tech features. We took a look at the bikes at the team hotel ahead of the Grand Départ.

If you want the full story on the P5 itself, check out our report from the launch earlier in the year. In short, Cervélo reckon it’s the most aerodynamically advanced bike on the planet thanks to numerous design features including super-deep head tube/top tube and seat tube/top tube junctions 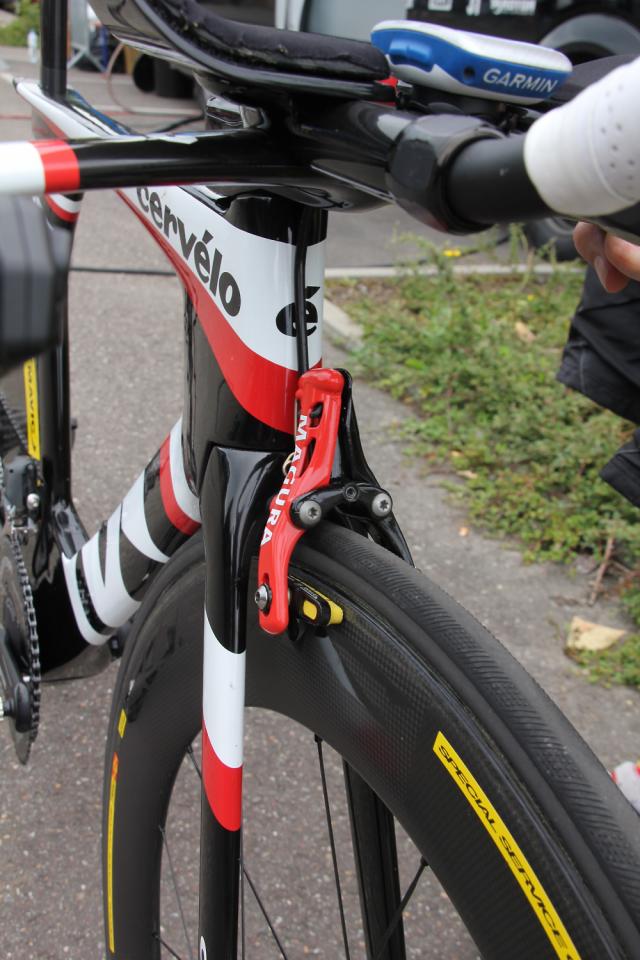 The Garmin-Sharp mechanics have had to get innovative to allow the riders to use both Magura’s RT8 hydraulic rim brakes and Shimano’s electronic Di2 gear shifting. Again, for the full story on those brakes, go to our original story from the P5 launch. In brief, they provide incredibly high power and excellent modulation and they’re aero-matched to the frame to minimise drag. 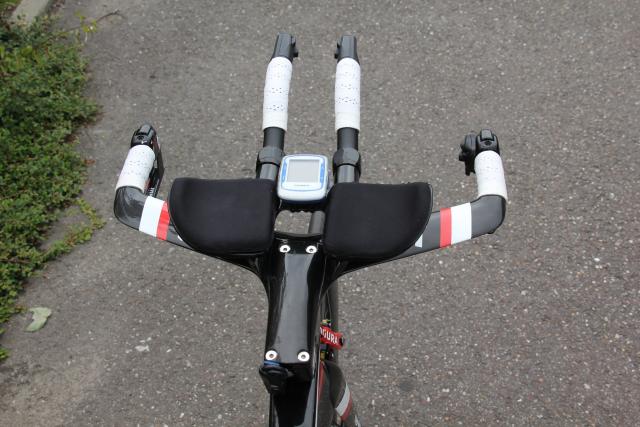 If you run a mechanical groupset on a time trial bike, the shifters are usually fitted to the end of the aero bar extensions. But with an electronic shift system like Shimano’s Di2 you can have multiple shift points – so you can have shift buttons at the end of the aero bar extensions as normal,and another set by the brake levers at the ends of the base bar. You can use these while you’re braking, obviously, and also when you’re riding out of the saddle – sprinting off the start or climbing a steep hill, for example. 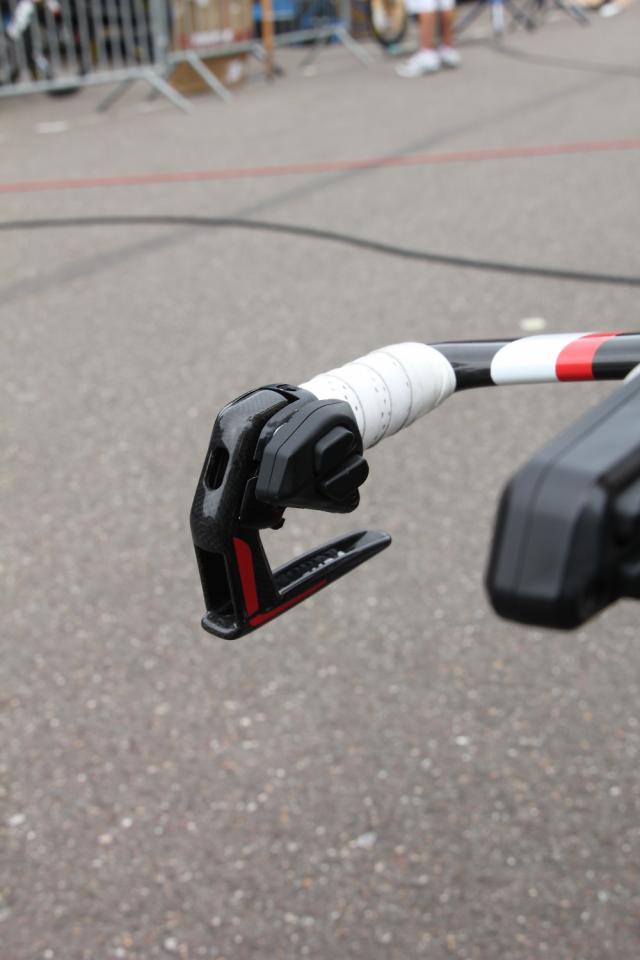 However, Magura’s RT8 TT hydraulic brake levers fit into the ends of the base bar and so do Shimano’s Di2 shifters so something has to give. The options for Team Garmin-Sharp are to do without this shift option on their Magura-equipped P5s or to innovate… and this is what they’ve come up with (above). 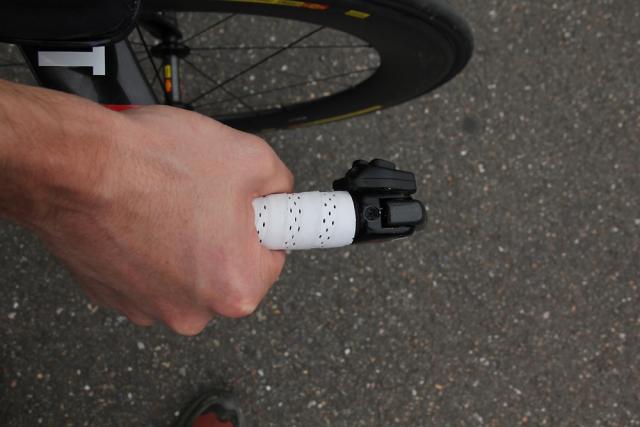 What they’ve done here is to bond – some might say ‘glue’ – a Shimano satellite shifter to the inside of the right-hand Magura lever so the riders can shift up and down the cassette (they’ve not bothered with the front mech buttons). It ain’t pretty, admittedly, and it doesn’t look too aero either but needs must, at least until Magura come out with a Di2 compatible lever. 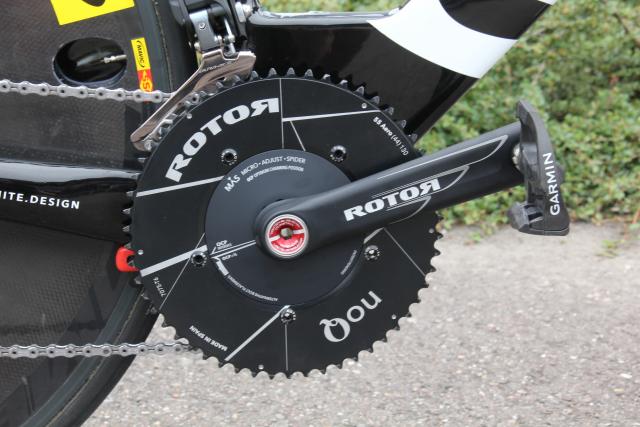 The bikes also feature Rotor’s brand new Flow aero chainset which we’ll cover in detail in another story. The crank arms have been shaped to minimise drag, Rotor claiming a 26.4sec advantage over a 180km (Ironman bike leg distance) for a rider averaging 200 watts. That’s not a massive gain, admittedly, but if every second counts…

About half of the Garmin-Sharp riders use Rotor’s non-round Q-Rings which are designed to minimise the dead spots in your pedalling circle. The idea is that they allow you to spin smoother, make climbing easier and reduce the built up of lactate in your legs when you put in the power. You can fit standard round rings to the Rotor Flow cranks if you like. About half of the Team Garmin-Sharp team riders go with Q-Rings.

Those are Garmin’s Vector power-measuring pedals on the Team Garmin-Sharp bikes. Look Kéo compatible, they measure the deflection in the pedal axle to gauge your power and transmit it via the ANT+ protocol so it can be displayed on an ANT+ head unit… like Garmin use for their own computer range, funnily enough.

The public release of the Vector pedals has been due for ages now and we’re still not sure when they’re finally going to hit the shelves. We do have a price, though: £1,149.