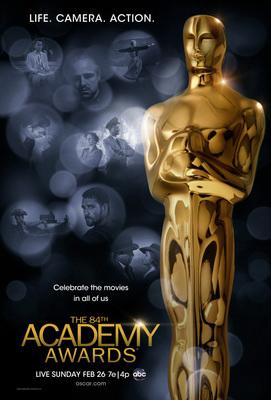 If there were an Oscar for trying, Ted Johnson’s name might well be on the shortlist. However, it appears that the Flagstaff, Arizona-based cycling campaigner has admitted defeat in his efforts to get stars of the silver screen to ditch the limo and instead travel to tonight’s Academy Awards ceremony at the Kodak Theatre in Los Angeles.

Johnson, who owns and edits the Commute By Bike website, posted an open letter on his blog last week to celebrities appealing to them to set an example by switching to two wheels for their ride to the red carpet.

In a post on the blog, he wrote: “Some of you try to use your celebrity for good – especially if you get some good publicity doing it.

“I want to help you prepare for your most important commute of the year–whether you care about the planet, or if you just want to appear that you care.

“Quite a few of you like to be seen in your hybrid cars. But in terms of ‘making a statement,’ the hybrid thing kind of peaked in 2005. Sure, you can go for a luxury hybrid or an electric vehicle, but that just seems a bit desperate.

“I’d like to suggest something that would have real impact. Not just environmental impact, but the kind impact that matters most to you: chatter!

“You want to out-care DiCaprio? I’m suggesting that you arrive at the Oscars by bike.”

The appeal, made in a post on his blog, was accompanied by cartoons by Matthew Henry Hall that showed how some of stars might look if coming by bike – or two cartoons in the case of the stretched frame required to accommodate Brangelina and their children – while Johnson himself outlined how barriers such as the effect of riding on hair or wardrobe might be overcome.

Johnson’s appeal was picked up by major newspapers across the United States, but despite getting as far as speaking to the agent of actor Zach Galafianakis, co-presenter of tonight’s show alongside Will Ferrell, it appears that his efforts have been in vain.

“I told him that Josef of Flying Pigeon Bikes in LA was standing by prepared to lend Zach and his date tux- and gown-friendly Pashley bikes. We could still make this happen,” he said in his latest post.

“Word came about an hour later that Galafianakis had other intentions for his arrival — presumably motorized intentions.”

Johnson added: “I’ve concluded that I’m not very good at this motivating celebrities to do stuff game.”

The cycling campaigner himself will be watching the Oscars on TV 150 miles from Flagstaff at his mother’s house in Phoenix – and in keeping with the celebrities hoping to get their hands on one of the coveted statuettes this evening, he confesses he’ll be travelling there by car.