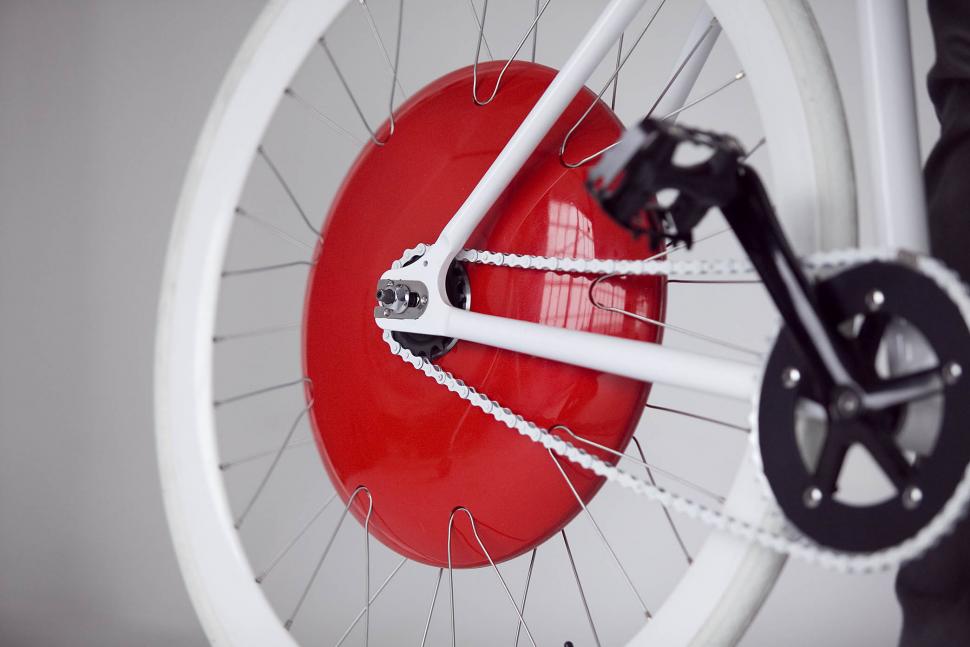 Prime Minister David Cameron will tomorrow host a conference at Number Ten Downing Street at which senior civil servants will hear from experts from around the world about how the design of cities can be improved, with cycling playing a central role in many schemes already in place abroad or being planned, reports The Times.

The Downing Street conference comes ahead of this Thursday’s parliamentary debate on cycle safety, which will be held at Westminster Hall in the Houses of Parliament. Innovations from Denmark in particular will be under the spotlight at the conference, called ‘Future Cities,’ which has been organised by Mr Cameron’s strategy adviser, Steve Hilton.

Those include the Copenhagen Wheel, previously featured here on road.cc, which transforms a pedal-powered bicycle into an electric one – although as we’ve said previously, its value in the grand scheme of things is questionable, perhaps more so now when safety, not saving energy, is the number-one item on the cycling agenda in Britain.

Another speaker is Danish architect Bjarke Ingels, whose BIG practice’s developments firmly put the bicycle at the centre of design, as you’d expect from a firm based in Copenhagen.

Recent projects include the 62,000 square metre 8 House mixed use development in the city, which includes 540 residential units with a combined cycle path and walkway sloping up to the eight floor.

There’s a good overview of how that fits into the overall design starting at around 10 minutes into the video below.

In 2008, BIG also unveiled proposals for a scheme in the centre of the Swedish capital, Stockholm that makes heavy use of what the urban design blog Cycle Space terms “cyclescaping” – which it defines as when a designer “when creating largely paved open spaces with buildings arranged so as to look spectacular during a fly-through, only viewers can’t fly—the closest they can come to that, is to cycle.”

Cycle Space adds: “BIG’s proposal for a sweeping plaza/bridge in Stockholm, with buildings seemingly shaped by bicycle flows, is a good example of what I call cyclescaping.”

The winning design in that competition to devise a Masterplan for Stockholm's Slussen district was from London-based Foster + Partners and as with BIG's design puts facilities for pedestrians and cyclists firmly at the heart of the scheme.

But while such projects are laudable in their inclusive attitude towards cycling, the reality is of course that schemes of this nature take years in the planning and execution, and have limited application to the wider environment around them, so news that conference attendees will also learn about Copenhagen’s approach towards cycle lanes throughout the city is probably of more relevance in the context of the wider debate.

So, what do you think should be on the PM's agenda when it comes to makeing cities safer for cycling?