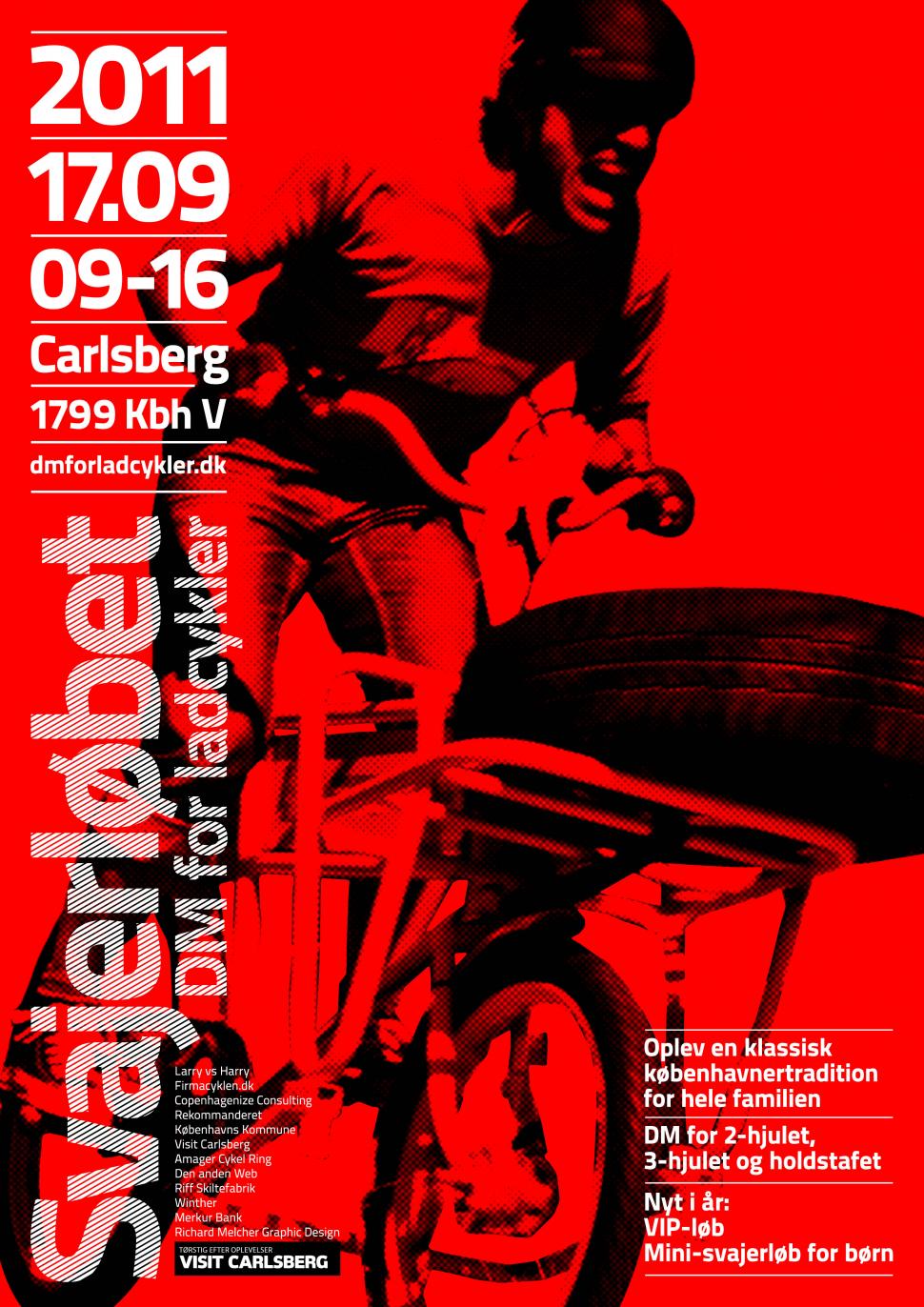 The UCI Road World Chamionships isn't the only elite cycling event in Copenhagen next week - before the likes of Mark Cavendish and Fabian Cancellara do their thing some homegrown talent will do battle for the Danish Cargo Bike Championships or Svajerløbet as they're known over there.

“We have revived an old Copenhagen tradition, not least because cargo bikes and their users - svajere - once again dominate the urban landscape in Copenhagen. Denmark boasts a dozen brands of cargo bike producers and while people in other countries wash their SUVs, Copenhageners are content with their cargo bikes. We have calculated that there are more than 35,000 cargo bikes in the city and 25% of all families with two or more children have one”, says Mikael Colville-Andersen, CEO of Copenhagenize Consulting - one of the primary forces behind Svajerløbet.

The cargo bike championships have been running for a number of years and this year the Mayor of Copenhagen will fire the starting pistol for the first race at noon on Saturday (17th), it takes place in the grounds of the Carlsberg brewery, there will be races and activities for riders of all ages, and to get everyone in the mood for both the Svajerløbet and the UCI world champs there will be U-11 to U-17 road racing over the Carlsberg cobbles.

The cargo bikes will race over a 700m route which includes cobbled sections and some inclines each will carry a load of car tyres and bundles of newspapers – it's tradidtional apparently.

If you find yourself, and your cargo bike in Copenhagen on Saturday and fancy some racing action you can register at www.dmforladcykler.dk

The UCI Road World Championships take place in Copenhagen from 19-25 of September.