European awards for Sustrans schemes in Burnley and Worcester

Sustainable transport charity Sustrans is celebrating after two of its projects won European Greenway Awards at a ceremony in Epinal, France, last night. The winning schemes are in Worcester and Burnley.

The scheme in Worcester, which includes the Diglis Bridge over the River Severn, won a prize in the Excellence category, and was highly commended for both its design and technical features. The bridge provides the only river crossing to the south of the centre of the cathedral city.

Meanwhile, the other award-winning scheme, in Padiham, Burnley, nominated under the Exemplary Initiative category, has helped unite separate communities in the Lancashire town, with locals coming together to participate on a community art project for the route, which opened in 2010. 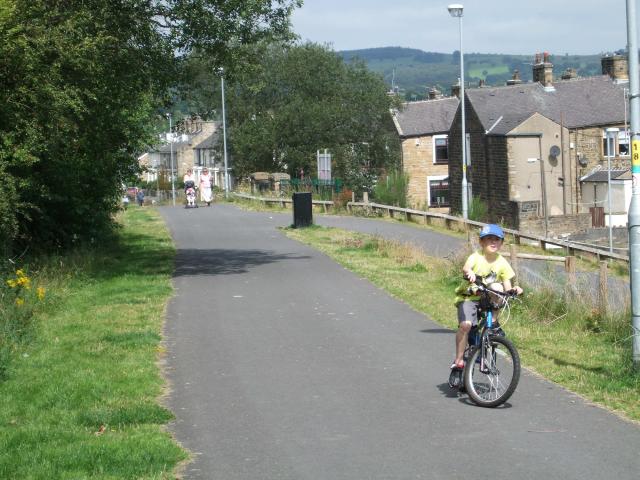 “Our new routes in Worcester and Padiham are fantastic examples of how whole communities can benefit when we remove barriers to walking and cycling for everyday journeys.

“Building high quality routes that provide a safe and attractive environment is vital to encouraging more people to leave their cars at home and get about on foot or by bike.”

Both the award-winning projects benefited from National Lottery funding under Sustrans’ Connect2 initiative, which saw the charity win £50 million from the Big Lottery Fund in 2007 following a public vote.

Mercedes Muñoz, Director of the European Greenways Association, added, “It’s credit to Sustrans that once again they have been able to produce award-winning Greenways, which are making a real difference to the way people travel.

“The Greenways in Worcester and Padiham provide not only striking examples of design and construction, but also show that by removing barriers to everyday walking and cycling journeys we can help bring communities together.”