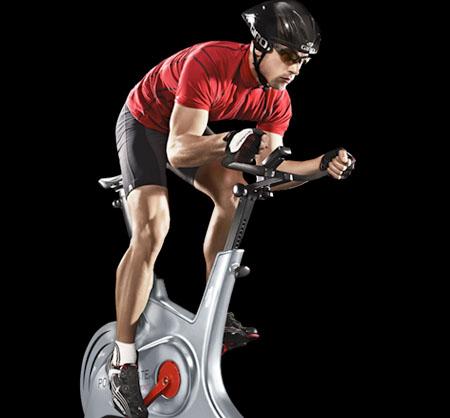 powerBIKE: bring the cobbles to your living room

Ever spend your time on the turbo wishing it was a bit more like grinding over the Arenberg cobbles? Us neither. But adding a bit of vibration to a static platform can dramatically increase the intensity of your workout, according to Power Plate. They're the chaps that make those vibrating exercise platforms, but now they're doing a bike too, the powerBIKE.

No, we weren't convinced to begin with either. But Power Plate have been doing their research which appears to show that muscle activity is significantly increased with the additon of mechanical vibration. If, like us, you can't really be bothered to read through research articles on the weekend, there's a handy graph on the powerBIKE website, and it looks like this: 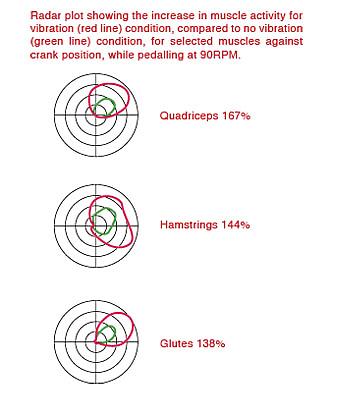 So, muscle activity is increased by up to 167%, Power Plate claim, by adding the vibration, which in the case of the powerBIKE is generated by the user via the cranks rather than via a motor. You can turn it off and on if you want to do vibration intervals to vary your training, and resistance is adjustable too. And if you're wondering whether such a bike ride might be a bit too stimulating, if you catch our drift, Olivia Solon of Wired reports that the saddle is pretty well isolated from the vibration, so the sensation is "not unpleasant at all, but thankfully also not too pleasant". So that's a relief. Or not. Okay, we'll stop now.

She's not the only one who's sung the praises of the powerBIKE either. Olympic track champ Rebecca Romero has got one of the prototype bikes, and gives it a glowing report on the website. "The powerBIKE takes my training to the next level", she gushes. "The ability to switch the vibration on and off means I can replicate high intensity race conditions far more easily. Recovery is also faster, because of the instant increase in circulation and lactic acid drainage due to the vibration technology. It has real potential to help me gain the advantage when competing."

The Rabobank Cycling Team have been using the bikes too, for a year or so, and they're sold on them too. Louis de la Haye, Exercise Physiologist for the Team, has called the results so far "very promising", and Robert Gesink has piped up in support of the powerBIKE too, saying, "More and more, the powerBIKE is becoming an essential part of my training. After only twelve sessions, of just 30 minutes, during the off season and without any other form of resistance training, I performed my best sprint test ever"

If you want to get tooled up like Gesink et al then you'll need a friendly sponsor or some deep pockets; the powerBIKE will retail at three grand once it goes on sale; you can pre-order now. A bit salty for home use but if you're paying gym fees it might be worth badgering them to get one to try...