Rapid series expands, Jido is born + Sumo offroader and the latest on the Inou GPS camera
by dave atkinson

Cateye popped round the other day to show us some of the new lights they're working on for when the clocks go back, as well as a beefy new offroad-ready front unit and the latest on the much-anticipated Inou camera and GPS logger. Here's what they had in their briefcase...

One of the most interesting things that Cateye had to show us wasn't a light at all, but a bracket. Lack of mounting space has always been an issue on some frames, so why not hang the light from the saddle rails? That's exactly what this bracket does, with a rail clamp like you'll find on many seatpacks mated with Cateye's universal rear light mount. It's a real why-didn't-they-think-of-that-before product and it'll be yours for a tenner when it hits the shops. In the pic above it's sporting the new Rapid 3, which is a bit like a cut-down version of the 610 with a hi-power LED in the middle. That's already available to buy. 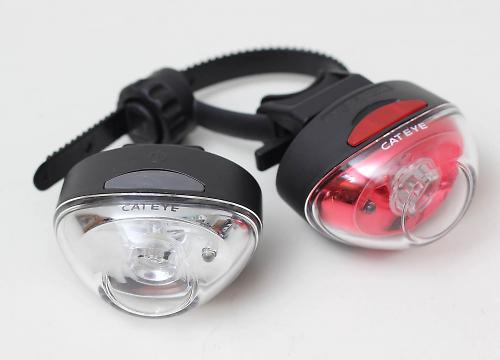 The Rapid 1 is a brand new light, using a single 0.2W high power LED in the rear and a similar emitter at the front. Both lights are USB-charegable from a port at the bottom of the case, and feature Cateye's jubilee-clip-esque FlexTight mounting bracket. They fall somewhere between the emergency lighting and fully-grown town lighting stalls, and they look like they'll be a good choice for city use. 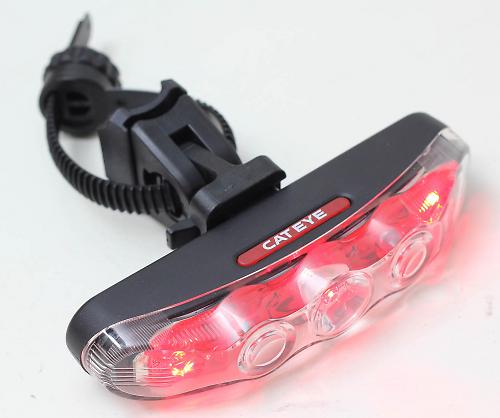 The Rapid 5 looks like it might be a replacement for the much loved TL610, but Cateye are persevering with that light; if it ain't broke and that. The Rapid 5 uses a similar configuration – five LEDs in a row – but unlike the 610 you get a high-power LED in the centre surrounded by lower output units. The two LEDs on the shoulder are angled outwards at 50° for better peripheral vison, assuming you have the Rapid 5 mounted horizontally. 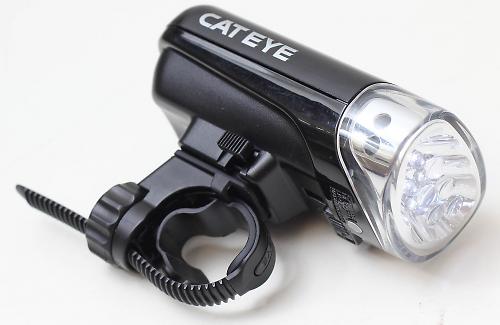 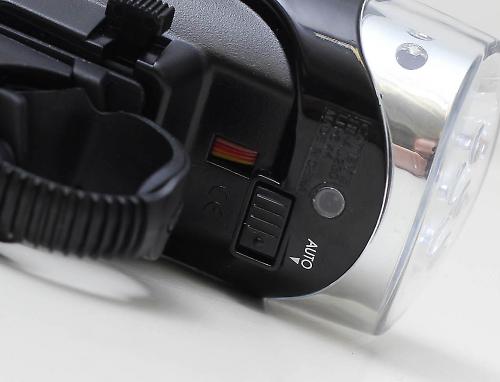 Also new is the Jido front light which features a five-LED lamp similar to, but more powerful than, the EL220 light in the current range. It has a trick up its sleeve too; Jido is Japanese for 'auto', we're reliably informed (although our cursory web translation check didn't confirm or deny that) and there's an auto switch on the bottom of the Jido that'll turn the light on when it's dark. There's a movement sensor too, so it won't carry on lighting your garage after you've gone to bed. 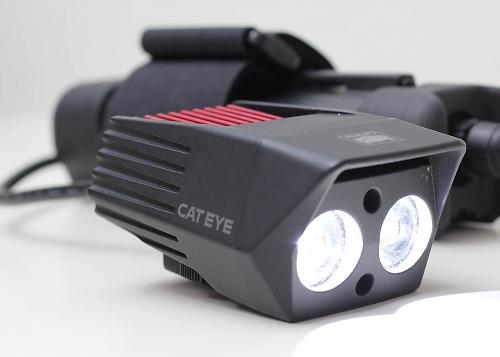 Cateye also showed us the Sumo 2, their new high-power LED unit. It sports two P7 LED emitters which are capable of 1,400 lumens although the Sumo runs at around 1,000 lumens, which should be enough for pretty much anything. You'll get an hour and a half of that from the four-cell Li-Ion battery, and there's two lower power settings (it's all relative though: medium is still 650 lumens) for longer run times. 'Chunky' is the word that springs to mind when you pick up the Sumo, it's a proper solid bit of kit, and more aimed at the off road market than the road. It'll be £300 when it's available. 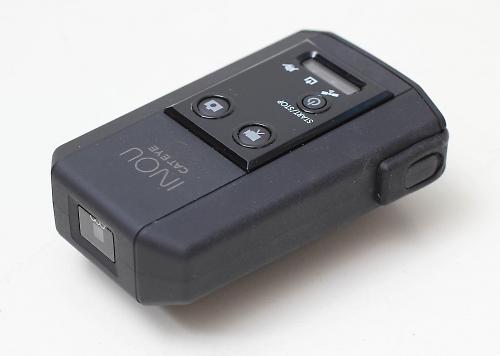 We had a quick fondle of the Inou GPS camera too. Cateye have delayed the production of the unit a bit due to a few niggles, but the first cameras should be landing in the UK soon. The Inou can record either 640x480 video or still photographs at regular intervals, onto a micro SD card (a 1Gb card is supplied). It has an inbuilt GPS so it'll log your ride, and you can Geotag your images and video too. There's buttons on the top to stop/start the video and take a photograph as you're riding. The Inou runs on two AAA batteries and they're good for about nine hours of GPS logging or 5 hours of intermittent camera use. Cateye make syncing software for the Inou which uploads videos to YouTube and stills and ride logs to their own portal, Inou Atlas.