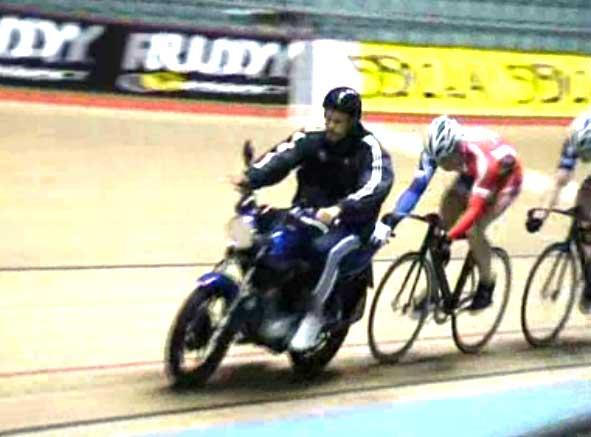 British cyclists gear up for World Championships in Poland

Four world titles up for grabs for Pendleton
by Rebecca McIlhone

Victoria Pendleton is one of the British athletes gearing up for the World Championships in Poland, which start on Thursday.

The Olympic gold medalist has the opportunity of winning four world titles in Pruzskow, but doesn’t sound too confident.

In an article in the Evening Standard, she says: "I honestly don't know how I'll fare.
"The four golds will probably be too much but it's fun to give it a go.”

As reported earlier by road.cc, eight Beijing Olympic medallists feature in the team, including Pendleton and Jamie Staff, Jason Kenny and Ed Clancy. Pendleton will be looking to continue her success on the World stage having won two World Champion titles in 2008.

High levels of excitement seem to be brewing in Poland, where it is being referred to as the greatest event ever to have been staged by Polish cycling.

Wojciech Walkiewicz, president of the Polish Cycling Union, seems most excited about the state-of-the-art track, which has been custom built for the event.

He says: “It has been given a very high technical rating. It is the world’s fastest lowland track next to those in Sydney and Beijing. That is why I am sure world records will be broken on it during the championships.

“The surface is of Siberian pine wood which was dried and cut into strips in Germany. The track was laid by a special brigade which arrived in Pruszków straight from Beijing and included two Polish skilled workers.”

But it seems an error during construction means technicians will be working hard to keep the track performing at its best. Walkiewicz said: “Though they were assisted by surveyors, an error arose which can reach 2 mm depending on air humidity and temperature. The wood is completely unprotected, which means a specific microclimate must be maintained in the hall.”