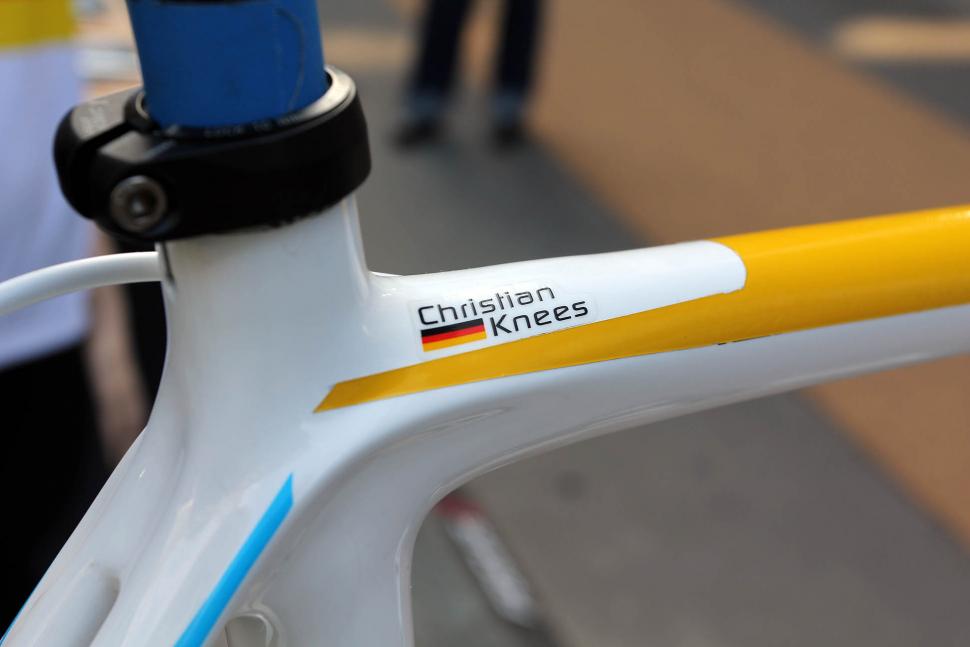 Amid the three-ring circus that was Team Leopard-Trek’s launch last night, it’s easy to forget that there are other ProTeam outfits busy finalising their plans for 2011, but Team Sky have this afternoon given a timely reminder of that with the surprise signing of German national champion Christian Knees.

Why a surprise? Well, when we met with the British team's management duo of Dave Brailsford and Sean Yates back in November, we were left in no doubt that its recruitment for the coming season had been concluded, but as in any sport, things are never quite as cut and dried for that and there’s always room for an opportunistic swoop should circumstances change, which is what’s happened here.

Knees, who previously rode with the now defunct Milram team, was due to ride for the Australian Pegasus Sports team, but after his new employers failed to secure a Professional Continental licence for the coming year, having previously been refused a ProTeam licence from the UCI, the German, like his would-be team mates, was deemed to have been released from his contract and became a free agent.

The 29-year-old has won back-to-back German national championships, and in his native country has also won the Rund am Köln and the GC in the Bayern Rundfahrt. Outside Germany, he’s proven himself to be a capable domestique in both the Tour de France, where he has also claimed several top-ten stage finishes, and the Giro d’Italia.

Commenting on the signing, Brailsford said: "Christian is a super strong all-rounder who has had some terrific results, but I still don't think we have seen the best of him yet and hopefully we can help him fulfil his massive potential at Team Sky.

"His personality is one that will fit well into the team and we are delighted to have such an experienced rider on board. He has a lot of capabilities in a lot of areas and will increase the depth of ability we have here. It's exciting to have secured his services."