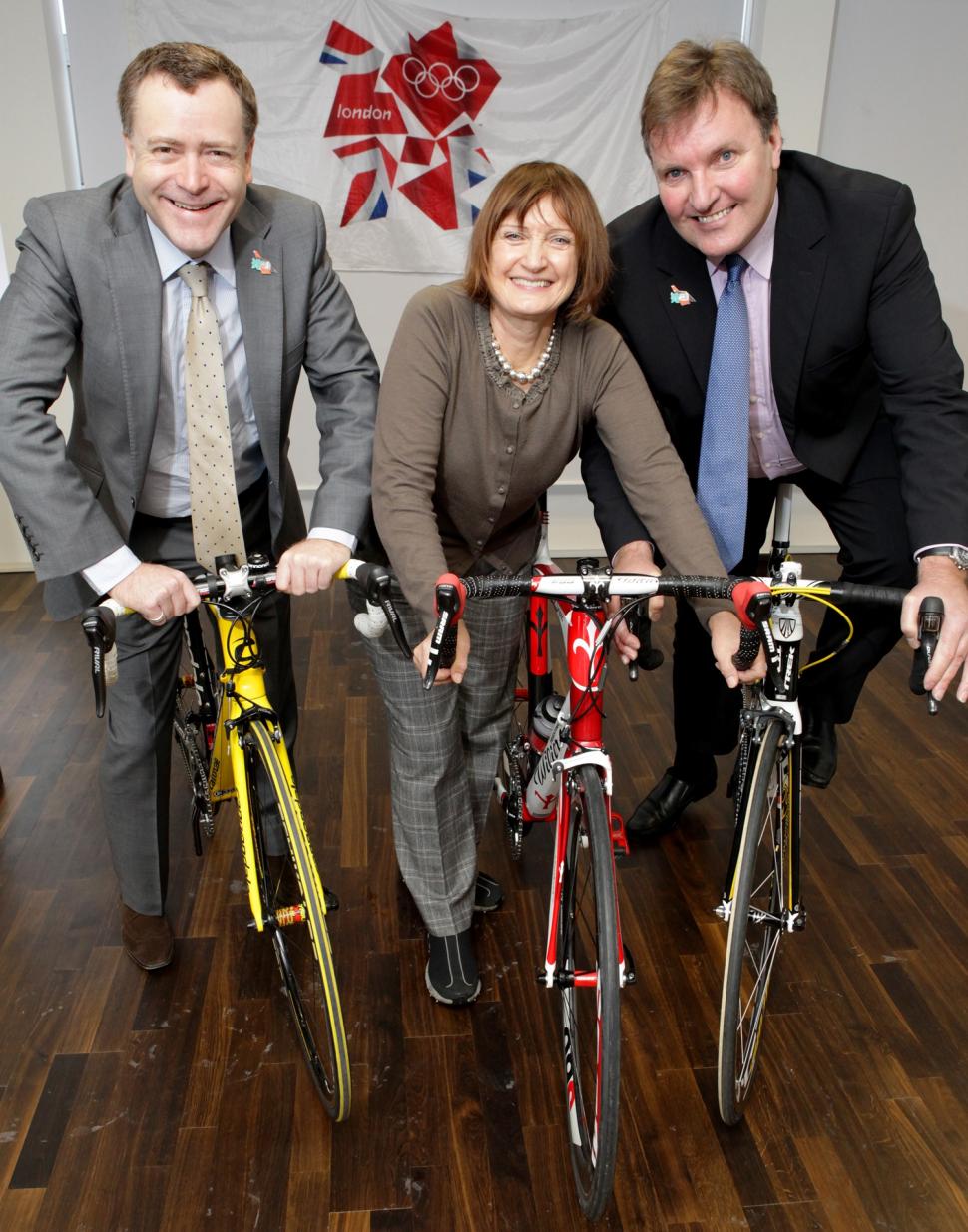 The London Borough of Southwark has put saving the Herne Hill velodrome at the centre of its plans to create a lasting legacy from the London 2012 Olympics, with former world track champion Tony Doyle announced as the borough’s Olympic chief.

The historic venue is the only one from the 1948 Olympic Games that remains in use in the capital, but with facilities in poor repair and fears that the site’s owner, The Dulwich Estates, may seek to redevelop it, a high-profile Save The Velodrome campaign was launched in September, as reported on road.cc.

Doyle will work closely with the leader of the council, Peter John, and MP Tessa Jowell, whose Dulwich and West Norwood constituency includes the Velodrome, as part of a new Olympic Delivery Board which will be backed by a £2 million ‘legacy fund’ to invest in sporting and cultural projects around the borough, including ones aimed at young people and promoting healthy lifestyles.

Doyle, who won the world champion’s rainbow jersey in the individual pursuit in 1980 and 1986, and in 1984 also partnered Bradley Wiggins’ late father Gary to European Championship victory in the Madison, said: “Southwark is in a really enviable position when it comes to the Games, with a location that will attract unprecedented numbers to the borough, and now with shadow Olympics minister Tessa Jowell on board.

“I'm convinced these Games could be among the best attended in living memory and I will make sure we make the most of this amazing opportunity."

Southwark council is inviting local residents to help it decide how the £2 million legacy fund might be spent, with Councillor Veronica Ward, cabinet member for culture, leisure, sport and the Olympics, saying:  "The Olympic buzz is well and truly gaining pace, and today we're letting everyone know what we're aiming to do, and how we aim to go about it.

“But we're also keen to hear from everyone in Southwark, whether they, live, work, or study in the borough, on how they would like us to use this legacy fund. I'm really pleased we have someone with the passion and insight of Tony to help us do this."

Councillor Peter John, leader of Southwark Council, added: "We're excited about the direction our Olympic vision is heading, with a world champion sportsman on board, and a commitment to funding Olympic projects across the borough.

“It's also vitally important that we get young people interested and engaged in what Olympics has to offer, and we'll make sure they directly benefit from the funds that we secure."

Mrs Jowell, who was Olympics Minister under the former Labour government, said that she "she hoped other authorities would follow Southwark's initiative", and believed that the council’s initiative "was an example of Southwark leading the way."

She continued: "It's vital that Southwark continues to take full advantage of this once in a lifetime opportunity and seizes its own legacy.

“I'm delighted to be part of the team that helps deliver this. I have great admiration for Tony who is as committed to grass roots sport as he was to becoming one of our finest World Champions.

“I want to see the same level of enthusiasm and vigour about Southwark's legacy as we have already seen in the campaign to redevelop the Herne Hill Velodrome."

News of Southwark’s Olympic legacy efforts come as the Save The Velodrome campaign announces details of a Christmas fundraiser at the Half Moon pub in Herne Hill – graced by Mark Cavendish earlier this year when he went along to watch some Rollapalooza action – featuring jazz and blues from the John Bennett Big Band.

Full details of the event, which is on Thursday 16th December from 8.30pm-11.30pm, with admission costing £6, can be found on the band’s Facebook page.

Meanwhile, the past fortnight has also seen some sad news for those connected with the velodrome, with two long-time stalwarts of the track passing away within days of each other.

One of his former charges, three time Olympic champion and Team Sky rider Bradley Wiggins said on Twitter: “Just heard the news that Dave Creasy has passed away, the man who first got me on a bike at Herne Hill when I was 8. Had a good chat with him only a few weeks ago at the pedal club, god bless you Dave RIP.”

News of his death came just days after it had been announced that Ron Fowler, who acted as judge and commissaire at Herne Hill for many years, had also passed away, at the age of 80.

Dave and Ron were actively involved with cycling right up to the end – the pair were both delegates for the South East Region at the British Cycling National Council last month.

British Cycling President Brian Cookson paid tribute to Ron, telling the organisation’s website: ““Ron Fowler was one of those people who put in far more than they ever take out. Through his unstinting efforts over many, many years, he put so much into our sport, we are grateful for his contribution and I am proud to have known him.”