Cycling Australia’s performance director Simon Jones – former head coach at British Cycling and head of innovation at Team Sky – has been called “unprofessional” after responding on Twitter to criticism of the Cyclones’ recent performance in the UCI track cycling world championships with the words, “F*ck you.”

The tweet, since deleted, was in answer to users of the social network complaining that Australia came away from the event – the last major track meet before the Tokyo Olympics – with one silver and two bronze medals.

For context, Great Britain, who also had a disappointing championships, won four medals … but one of those was gold, thanks to Elinor Barker.

“To all those key board experts out there — F*ck you,” said Jones in the tweet that has subsequently been deleted.

“We got a great team of riders, coaches, support and sponsors. Bring on Tokyo Team."

“I think you can have better chosen words. But I can understand his frustration, he's under lots of pressure,” he added.

Also from today's finish, this isn't directly related to the Irishman getting forced into the barriers, but we thought we'd highlight it anyway.

He looked to be in some pain as he crossed the line.

That doesn't look too promising for @Sammmy_Be 🤕

* No-one calls him that.

He's been caught. Just the 180km out on his own ahead of the peloton.

🚴🏻‍♂️ End of a beautiful breakaway for 🇧🇪@TomDevriendt, joined by the peloton. He spent 180 km solo in the lead. 💪#ParisNice pic.twitter.com/7ag1pNohBp 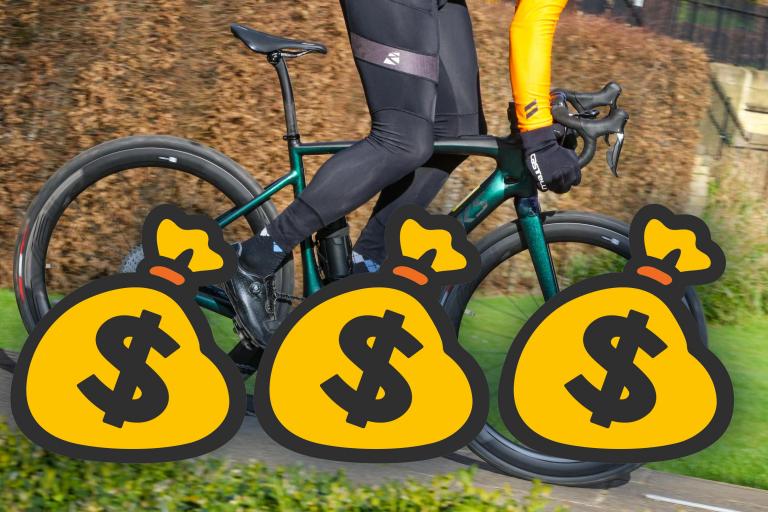 This morning, in Paris-Nice, Belgian rider Tom Devriendt set off on a solo break that could potentially be 210km long.

Less than delightful weather for it too.

🌧 Despite the rain and the peloton chasing, 🇧🇪@TomDevriendt doesn't give up his solitary effort. 💪#ParisNice pic.twitter.com/YIwr46RrqW

Tom Devriendt's would be 210km if he brought this home. https://t.co/IdKfSDrL0c

Find someone who looks out for you like @VCampenaerts does for @yveslampaert. City of London to crack down on idling vehicles

The City Corporation – the governing body of the Square Mile – has approved new powers that could see drivers fined £80 for parking and leaving their engines running.

The maximum fine for idling had previously been limited to £20 if paid on time.

The new Traffic Management Order will be enforced by the 35 civil enforcement officers who already patrolling the City’s streets monitoring traffic and parking contraventions.

They will first issue warning notices to drivers and this will be held on record, associated with the vehicle’s registration.

Subsequent idling of the same vehicle would result in a Penalty Charge Notice (£80 fine, or £40 if paid within 14 days) without further warning.

Jeremy Simons, Chair of the City Corporation’s Environmental Services Committee, said: “These new powers will take us a step closer to eliminating a completely unnecessary source of air pollution.

“Air quality in the City is improving, and by working with drivers, we will continue our progress.

“Cleaning up toxic air is an absolute priority.

“Londoners are determined to see a major improvement, and we will continue to take effective steps to make this a reality.”

The move is part of a wider clampdown on idling vehicles across London.

We saw this thread on Reddit where someone's asking whether people ever think about the bikes they've sold?

How about you? Do you ever miss your ex?

That said, his efforts still give us more than we get from the average pre-stage interview.

Whilst we wait for the live action at #ParisNice, we thought you’d enjoy this clip from yesterday’s pre-stage...@Mads__Pedersen shows off a hidden talent as a journalist 🎤

10 March 2020, 12:26
Police publish online gallery of stolen bikes - we suspect many of them weren't stolen locally

Are any of these bikes yours?

Going through the gallery, there's some pretty fancy bikes and many of them look almost new.

It's worth emphasising that bike theft is one of the original 'county lines' type crimes - bikes stolen in one location will tend to end up elsewhere - so this isn't just for those in the Avon and Somerset area.

We've posted images of sus stolen 🚲🛠️ online to ID the owners. You'll need to submit an online form with contact info & proof of ownership/purchase. The items may have been taken from our force area, Gloucestershire or Wiltshire since 2017. More 👉 https://t.co/MtXG60F0cb pic.twitter.com/Bu2iAAWoQy

The crowd goes wild...or not!

A surreal atmosphere at the start of stage three of #ParisNice as organisers have restricted spectators at the start and finish of each stage to combat the spread of coronavirus. pic.twitter.com/FE18rbEIdP

If the grey-ish tint of the Elemnt Bolt never quite matched with your steed, then you'll be pleased to know you can now get one in a stealthy black-on-black colourway. The RRP has also dropped to £184.99 - in any colourway - and a new firmware update means all Elemnt computers can now communicate with select Giant and Specialized e-bike models. ​You can buy one here and read our review here. Marion Sicot’s allegations (see below) were reported by Thierry Vildary in Stade 2 on French TV.

In its statement, Doltcini-Van Eyck accused Vildary of failing to provide balance.

“We have proposed, in writing, to the journalist Thierry Vildary to meet with him in Paris, but without result. This has made the report in Stade2 not the story of Marion Sicot but the story by Marion Sicot, with no possibility to react or to see the evidence she claims to have.

“The attempt in the report to interview Marc Bracke took place 10 minutes before the start of the cycling race “Le Samyn”, when the riders had left already to the start and the sports director had to take his place in the line of cars of sports directors.

“The aggressive approach and the timing for the interview fit perfectly with the style of the hard investigative journalism, not at all an indication that Thierry Vildary was trying to make an objective report of facts.

“We can believe however that his intentions for making this program were positive, that he did this to improve the position of women in cycling, but believing Marion Sicot was a big mistake.”

In the comments, Vildary replied: “To answer one of your many lies concerning me and my work in your press release and to be very clear on my report: you never offered me an interview with Marc Bracke but only a meeting with Jan Morre who is not questioned and does not know the subject.

“I am at the disposal of the UCI to explain how the report and the communications I had with your team were produced. I will provide the evidence necessary to shed light on the behind the scenes of this report.

“I would like to point out that we have broadcast extracts from the response that Marc Bracke sent us by email when we sent him our questions.” The French Cycling Federation has asked the UCI to launch an investigation after two female riders on the Doltcini-Van Eyck team made allegations of inappropriate conduct against sports director Marc Bracke.

The riders claim that they were asked to send pictures of themselves in their underwear so that he could check that they weren't "too fat".

One of them, Marion Sicot, claimed: “He said I was too fat. I had to send pictures of myself in underwear every week. Front and back. He said he’d delete them afterwards but I can’t be sure".

In an astonishing statement, Doltcini-Van Eyck have decided to attack Sicot’s credibility, arguing that she is motivated by a desire to blame them for her positive test for EPO.

This is despite admitting that Bracke did indeed request the photos, as alleged.

The full statement is below.

TL;DR – We have extremely high standards when it comes to privacy – but yes, our DS did ask for photos of riders in their underwear…

Everyone loves a cross-wind... except Thibaut...

In this video we see the French rider, in blue and white FDJ kit, visibly struggling to hold the wheel of a team-mate who's attempting to position him in crosswinds during Paris-Nice.

Mitchelton-Scott have withdrawn from all men's and women's racing until March 22 because of coronavirus.

As well as racing fans on Zwift in its ‘BikeExchange - Where the World Rides Series’ they’ve apparently been trying to keep the mechanics sharp too.

Who can change a disc brake wheel the fastest?? ⏱