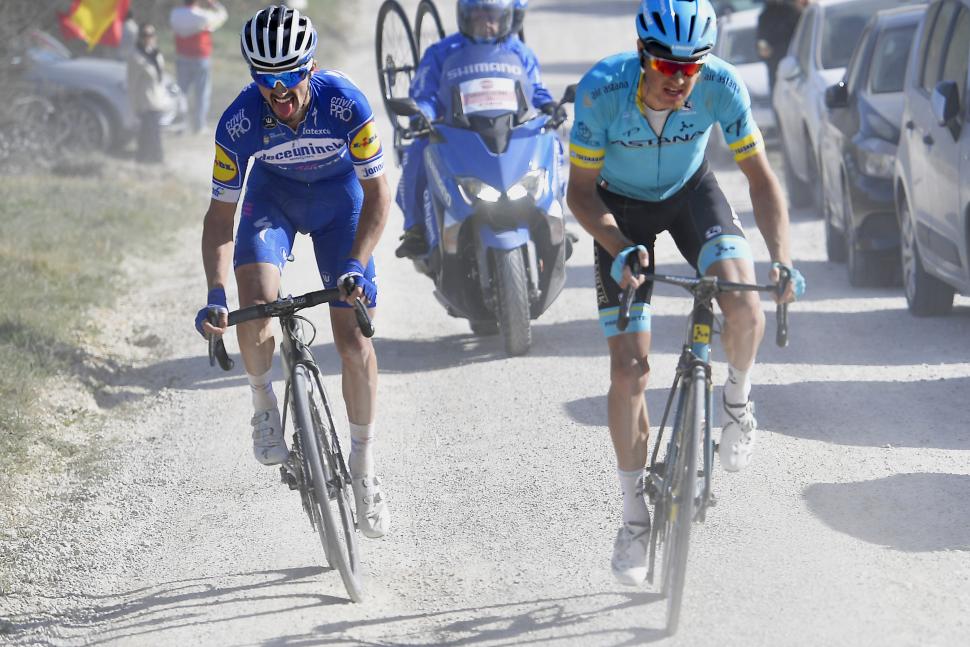 CADF confirms it commissioned report, but did not pass it to UCI to open disciplinary proceedings
by Simon_MacMichael

The Cycling Anti-Doping Foundation (CADF) has confirmed that it ordered a report into intelligence it had received that Astana riders Jakob Fuglsang and Alexey Lutsenko had been seen training with the banned sports doctor Michele Ferrari last year, but decided against recommending to the UCI that disciplinary proceedings be initiated.

The existence of the report was revealed on Sunday evening by Danish newspaper Politiken, working alongside state broadcaster DR and Norwegian newspaper VG.

Both Fuglsang and Lutsenko, as well as their Astana team, denied any links to Ferrari and the Italian doctor – banned for life for working with athletes in 2012 for his part in the US Postal scandal in 2012 – also denied allegations made by the media outlets, Ferrari also making the rather surprising claim that he had never been banned for doping.

In a statement today, the CADF – set up by the UCI, but operating independently of world cycling’s governing body – said: “In accordance with the World Anti-Doping Code and the WADA International Standard for Testing and Investigations, the CADF investigates any intelligence it receives regarding possible anti-doping rule violations.

“In view of the public disclosure of certain documents, the CADF can confirm the following:

“International cooperation being key to effective anti-doping investigations, Sportradar’s subsequent report was shared in strict confidentiality and in a secured manner with a selection of relevant anti-doping bodies and law enforcement agencies.

“The CADF treated the information contained in the report with extreme care. At no point did it share the findings with any other third party, including media representatives.

“The CADF deeply regrets that the report was leaked, and an inquiry is being conducted to understand how the file was made public and prevent this from happening again.

“Finally, the CADF confirms that after careful review of the elements available, it has not submitted the report to the UCI for the initiation of disciplinary proceedings against the individuals or team in question.”

The CADF added that it would not be commenting further on the issue.

Last year Fuglsang enjoyed his best ever season, making the podium at all three Ardennes Classics, including winning the most prestigious of them at Liege-Bastogne-Liege, and also winning the overall titles at the Tour of Catalonia and the Criterium du Dauphiné.

He began the Tour de France in Brussels as third favourite but lost time to a crash on the opening day and to crosswinds on the stage into Albi, before abandoning on Stage 16 following another crash.

Currently, he is ranked number two in the world behind Primoz Roglic of Jumbo-Visma.