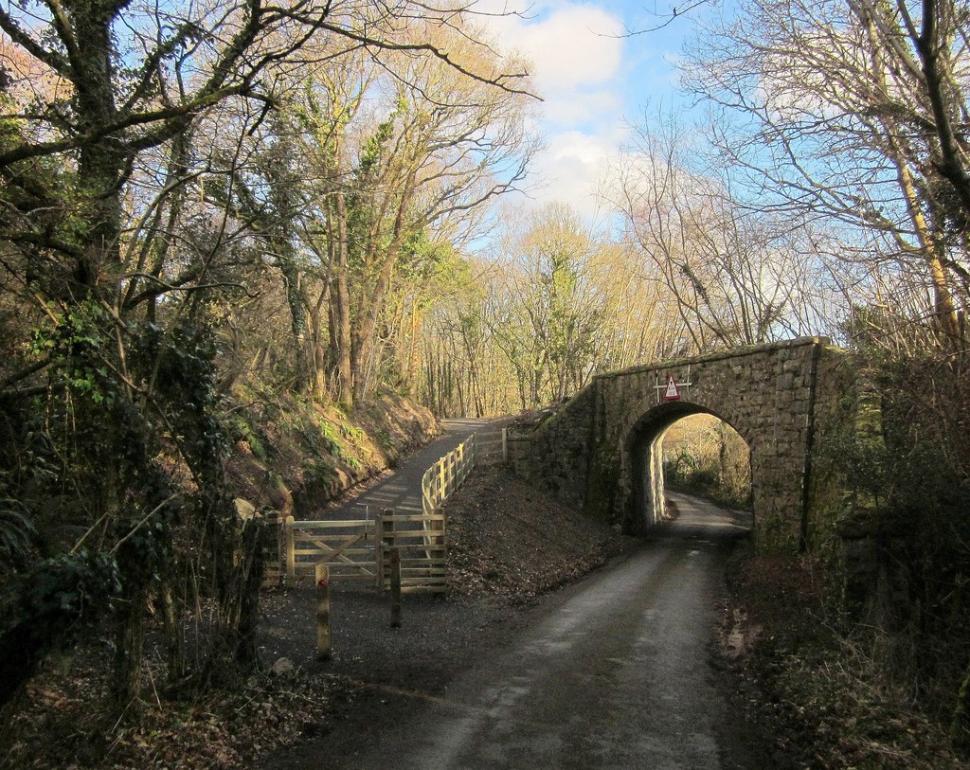 Cyclists in Devon have been given an early Christmas present with the opening of the Wray Valley Trail, which has been planned for more than 20 years and which mostly lies in the Dartmoor National Park.

The 11-kilometre off-road trail between Bovey Tracey and Moretonhampstead was officially opened on Friday after the completion of the final 3.9-kilometre section from Wray Barton to Lustleigh.

Most of the trail follows the route of a disused railway line, with seven new structures – including two 25-metre bridges taking it over the A382 – needing to be built, as well as “significant work” to an existing cutting.

Planning permission for the trail was granted in 2009, with construction starting late the following year, and the first section, between Moretonhampstead and Stewards Wood, opened in 2011.

Subsequent sections, one heading north from Bovey Tracey to Lower Knowle Road, and the other heading south from Stewards Wood to Wray Barton, have been opened since then.

Councillor Stuart Hughes, Devon County Council Cabinet Member with responsibility for cycling, said: “Developing multi-use trails is never a quick process and the Wray Valley Trail was first consulted on at a public exhibition in 2003.

“However, when you see the end result, it has certainly been worth the wait and the effort. This Trail is a great addition to our off-road multi-use routes across the county and improves walking, cycling, and equestrian, access to Dartmoor.”

Councillor George Gribble, County Councillor for Bovey Tracey Rural, commented: “I’m extremely pleased that the entire length of the Trail has been completed and is open for public use.

“Everyone will now be able to enjoy this wonderful facility and we’re looking forward to marking this achievement at the official opening next year.”

According to Councillor Jerry Brook, Devon County Councillor for Chudleigh Rural, the completed trail will benefit both locals and tourists.

He said: “The completion of the Wray Valley Trail will be welcomed by residents throughout the valley and visitors alike.

“It offers opportunities for business generally, but particularly for tourist businesses to build on sustainable options.”

He added: “Moretonhampstead has a variety of hostelries where walkers and cyclists can refresh themselves in friendly and comfortable surroundings.”

1
Tom Dumoulin to take a break from racing
2
Near Miss of the Day 527: Land Rover driver passes between cyclist and fuel tanker
3
Brexit and the bike industry: how the situation is evolving
4
Shimano takes over Tour de France neutral support from Mavic
5
Near Miss of the Day 523: Tipper truck driver pulls out in front of lorry and cyclist
6
Bike at Bedtime: take a look at the Wilier Filante SLR
7
Threat to axe New Forest’s off-road cycle network as court criticises “out of control” cyclists
8
Brexit price rises - Canyon covers some costs but UK buyers will still pay more