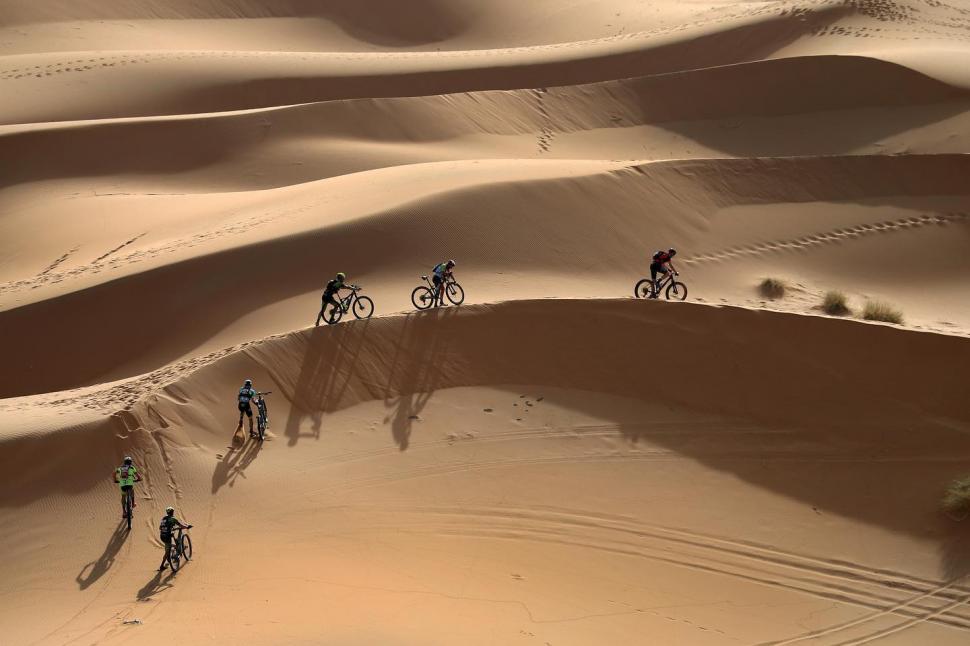 The 55-year-old said he was persuaded to take part in the event by his son, also named Miguel, and his former Banesto team-mate Melcior Mauri, winner of the 1991 Vuelta a Espana.

The race, which next year celebrates its 15th edition, attracts upwards of 600 riders and Indurain said: “I will try and finish, and enjoy the six days. It will be yet another race, but this time the main aim is to finish.”

He confessed that he lacks experience of mountain biking, but did not see that as a problem. “The Titan is more about rhythm,” he explained. “If you come from road racing it’s a bit easier.

“However, there are always technical factors, dunes and navigation, so I hope they will teach me how to do it!”

He continued: “I had been thinking about it for a few years, Melcior regularly spoke to me about the event. Before, I told him the time was not right, but this year he convinced me. It will be a new experience.

“I’ve never been in the desert. This year I fancied doing something different and trying out new things.”

Several other pro cyclists who rode in the same era as the Spaniard have already taken part in the Titan Desert, including Abraham Olano, Laurent Jalabert and Claudio Chiapucci.

“Abraham and others told me about the race and they had really enjoyed it,” Indurain said. “It is tough, and you have to be fit to do it because there are hard moments during the race. It’s a challenge, like when taking on a major event.”

The KH-7 team Indurain will ride for will be led by Mauri and will also include Josep Betalú, who has won the past four editions, three-time winner Anna Ramírez, and retired pro cyclist Sylvain Chavanel who has ridden more editions of the Tour de France – 18 – than anyone else.

Juan Porcar, the CEO of the Titan World Series, said: “I could not imagine that after so many years Miguel Indurain would find the motivation to participate in the race.

“The very fact that he will come is a sign of how the Garmin Titan Desert is consolidating itself,” he added. Meanwhile, Marca reports that Indurain yesterday attended a conference in Madrid on preventing sudden death in sport hosted by the health charity, the Fundación QUAES, and the Asociación Contra La Muerte Súbita José Durán, set up by the father of a 14-year-old boy who died suddenly in 2009 while playing football.

“The risk of sudden death already existed in sport, but now we have named it,” said Indurain.

He also spoke of how he had been particularly affected by the death of Andrea Pinarello, the son of the founder of the brand whose bikes Indurain rode to victory in the Tour de France, and who died of a heart attack aged 40 in 2011 after completing the opening stage of the Italian amateur stage race, the Giro del Friuli.