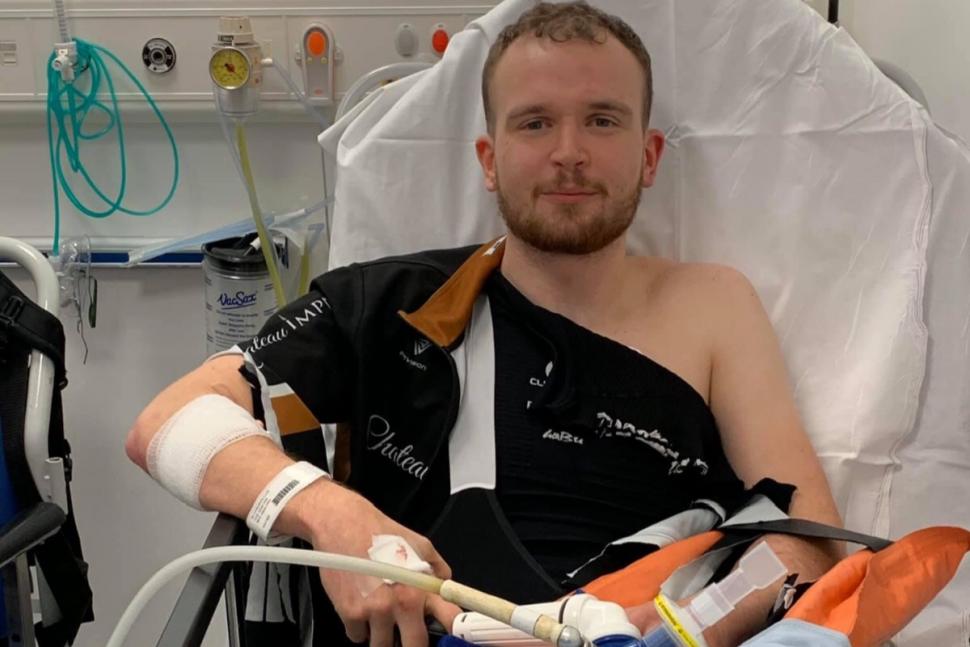 A crowdfunding campaign has been launched to buy a new bike for a Birmingham bike shop worker whose arm was shattered when he was shoved off his bike by a car passenger – with the assault also resulting in his bicycle being completely destroyed.

Cycle Republic employee Luke Hardman’s arm was broken in three places following the incident, which happened on Stonehouse Lane in the Bartley Green district of Birmingham – less than half a mile from where another cyclist was injured in September when a motorcycle passenger pushed him off his bike.

The latest incident happened between 7.05pm and 7.20pm last Thursday evening, 21 November, with Hardman pushed from his bike into two parked cars, according to the Go Fund Me page set up by his friend Michael Walker, who wrote: “He has suffered a really bad break, where his arm was broken in three places, and his bike is a write-off.”

“He is currently in hospital, waiting for an operation to pin his arm back together.

“We are appealing for any information, from CCTV, dash cam footage, or any witnesses in the area, if you have any information please come forward, we are desperate to catch these scumbags so this doesn’t happen to anyone else, and maybe we can get some justice for Luke.

“I’m in shock that there are people out there, who would do this for a ‘laugh’, the consequences of their actions have had far reaching impact on many people, especially Luke.

“I’ve created this Go Fund Me to start the process of getting Luke a new bike. For any avid cyclist, you spend hours saving and upgrading bikes, to race or travel and then to lose it in an instant, is shocking. Hopefully this will start the process of replacing his bike.”

Quoted in the Birmingham Mail, Walker, who works in Colmore Row – the same street in the city centre as the branch of Cycle Republic where Hardman works – said: “This is starting to happen more and more.

“People are being pushed off their bikes as a bit of a joke. We've seen stories of it happening in London quite a lot and it's starting to spread elsewhere, and to people on scooters too.

In fact, most of the stories we have posted on road.cc in recent months of this type of incident have happened in the West Midlands and surrounding counties, while over the summer, there was also been a spate of cyclists being pushed off their bikes on country roads in Kent.

“A lot of people who commute in and out of Birmingham on their bikes go to Cycle Republic so they know Luke,” Walker added.