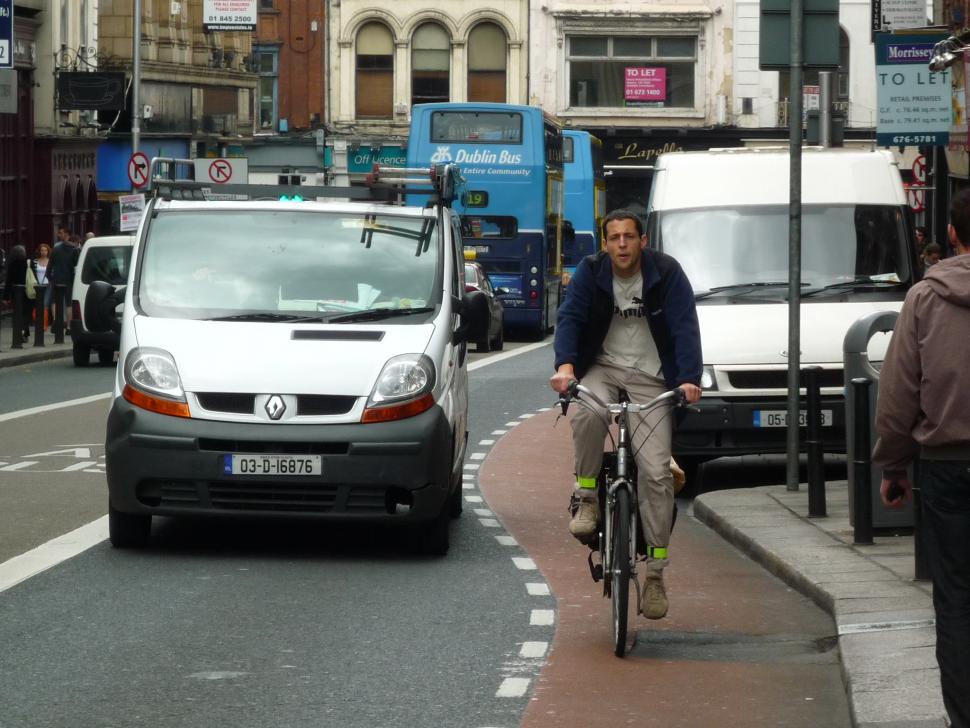 The leader of the Green Party in the Republic of Ireland has urged an end to divisive “cyclists versus motorists” rhetoric.

Eamon Ryan, who sits as a Teachta Dála (TD, the equivalent of an MP in the UK) for Dublin Bay South, made the appeal today before the Joint Oireachtas Committee on Transport, made up of members of both houses of the Irish parliament.

Quoted in the Irish Times, he said: “There is a general level of abuse against cyclists at the moment and it has escalated in the last two or three years online for some reason and it needs to stop.”

His comments came as Dublin Cycling Campaign highlighted its concerns to the committee about “regular reports” of cyclists being abused, both verbally and physically.

In particular, it said that it had been contacted by female members who said that they had been “subject to gendered abuse, both verbal and physical.”

Kevin Baker, the campaign group’s chair, called for “strong political leadership” to counter harassment of cyclists and “support the creation of a culture where people are accorded the respect they deserve.”

Besides representatives of cycling organisations, the session was also attended by government officials, but Ciaran Ferrie of the campaign group I Bike Dublin highlighted that it was often difficult to understand “who’s responsible for what.”

He said: “It has recently been calculated that there are upwards of 30 separate organisations – local authorities, government departments, State agencies, taskforces and private companies – that share responsibility for transport in Dublin.

“For campaign groups, this presents an intractable problem – every time we think we have found the body responsible for a particular issue, we are referred to another body.”

Last week, Irish Senator Gerard Craughwell joined members of I Bike Dublin for a cycle ride in the Irish capital after he had complained on Twitter about some cyclists ignoring red traffic lights and weaving “in and out of traffic.” He added: “Rules must apply to all road users.”

After the ride, the senator – who confessed that he hadn’t been on a bike for 50 years – said: “So I said I would undertake the challenge of a cycle around Dublin. Today I collected the bicycle.

“Took a tour around the city from Capel St to Leinster House.

“It was scary. So let’s see how this exercise goes.”

He said that problems encountered during the ride included delivery vans parked in cycle lanes, forcing people out into traffic, and added: “I guess it would have been wrong to speak on cyclists and cycling without giving it a go.”

Last week, the country introduced a specific law concerning dangerous overtaking of cyclists, with drivers found guilty of the offence facing a fine of €120.