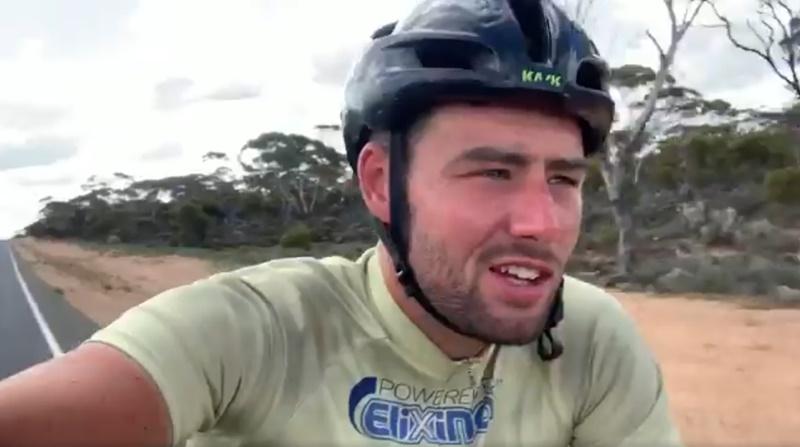 Josh Quigley’s round-the-world cycling attempt has hit another snag after he learned that he would not be able to gain entry to the United States with an emergency passport. Unable to wait six weeks to replace his damaged original, he has resolved to fly home to Scotland to get a new one before immediately flying back to continue his ride.

Quigley has made a number of previous attempts at a round-the-world trip, undertaking the latest in a bid to beat depression having survived a suicide attempt in 2015.

He had ridden 12,000 miles when he discovered that sweat had damaged his passport after he put it in his jersey pocket for easy access when leaving Western Australia.

"There was a huge smudge over my picture and there was no way I could use it," he told the BBC.

He applied for an emergency passport, but discovered that US authorities would not allow him entry on emergency papers.

Plans to instead ride through Canada had to be shelved when he checked the weather forecast.

"When I booked it I didn't think of the practicalities of cycling across Canada in December.

"Now I've thought about it I've realised it's not just a stupid idea to ride across Canada in the winter, it's dangerous. I've been tracking the weather and it's already -10C and -15C in some places and it's already starting to snow.”

Speaking on Wednesday, he said that he would have to accept defeat, but yesterday formed a new plan. He will fly home to Scotland on Sunday to replace his passport and then immediately fly back to continue his ride.

"I had given up because the last few days had been really tough for me, but then I sat and thought about it and I thought 'no, I have to finish this no matter what'.

"It's my seventh attempt and I've never got as far as this before so I have found a way to carry on. There is a lot of pressure on me but I have faith no matter what and I refuse to give up despite this latest setback."

In April, when Quigley was in London, the bike on which he made five previous round-the-world attempts was stolen from outside St Christopher’s Inn, the hostel where he spent the night.

Supporters subsequently raised over £2,500 for a replacement, allowing him to continue his journey.

He named his new bike Robert the Bruce.

“I have always been inspired by the story of Bruce and the spider because it is a tale of ultimate perseverance and resilience,” he said.

“It is a story of overcoming a setback, of struggling on when all hope seems lost. That is what I want to do, to keep going no matter what obstacles are put in front of me and thanks to the truly humbling generosity people have shown, that is exactly what I am going to do.”