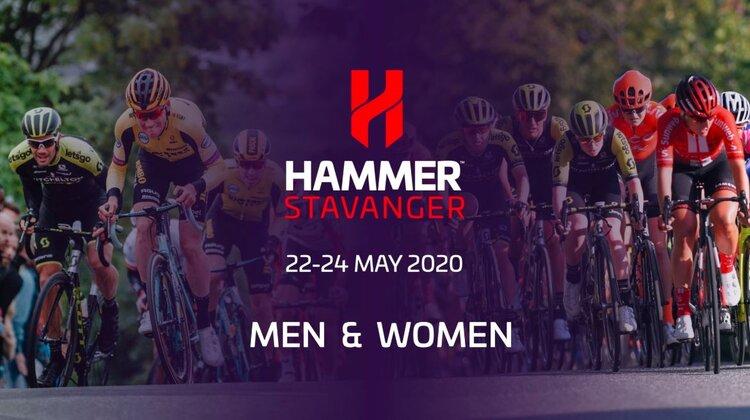 Hammer Stavanger would have offered full equality with the men's race on format, course, duration, TV broadcasting and prize-money...
by Alex Bowden

Velon, the joint venture company part-owned by a number of the world’s leading men’s cycling teams, has filed a complaint with European Commission in which it alleges that the sport’s governing body, the UCI, has discriminated against women’s cycling by rejecting the Hammer Stavanger women’s event.

Last month Velon filed a complaint accusing the UCI of anti-competitive practices. This has now been appended with an accusation of discrimination.

The Hammer Series currently comprises three events, in Stavanger in Norway, Limburg in the Netherlands and a final round in Hong Kong.

The race would have offered full equality with the men's race on format, course, duration, TV broadcasting and prize-money.

The women’s Hammer Stavanger race was included in the draft 2020 Road Calendar submitted to the UCI management committee for approval. However, the committee refused the application, stating that a women’s Hammer race, “was not in the best interest of women’s cycling”.

“Very few existing races offer equality for women’s road cycling compared to men,” said a Velon spokesperson. “The UCI's refusal of a women's race in Hammer Stavanger flies in the face of everything the UCI proclaims regarding the advancement of equality for women’s cycling.

“Velon and its race partner Tour des Fjords were supported in their efforts to bring a women’s Hammer race to Stavanger by financial partners of the existing race, including the Norwegian Central Government, Stavanger as the Host City and potential sponsors – who all demand greater equality for women cycling. It would seem that only the UCI is against this.”

Roy Hegreberg, Event Director of Tour des Fjords AS, said: "We have had the ambition of organising a women’s race since we started in 2013. We believe international women’s cycling needs events that will give them stronger visibility to develop. This is what we offer with Hammer Stavanger: equality for women and men in terms of promotion, visibility, prize money and sporting aspects. We can't see any reason why the UCI doesn't want to approve this race."

Eystein Stokstad, General Secretary of the Norwegian Cycling Federation, said: "NCF is a proud supporter of women’s cycling. We value equality in sport, including support for elite-level events because we know that such events are crucial to the development of women’s cycling. It would be very disappointing if the Hammer Stavanger women’s race was not approved by the UCI. NCF supports the vision of Tour des Fjords AS.”

The Velon spokesperson concluded: “Refusing to allow a much-welcomed women’s Hammer event, which would increase the general public’s interest in women’s cycling and grow the sport in a country which has played a leading role in promoting it, is yet another example of the UCI using its regulatory power to block the legitimate business activities of Velon, its partner race organisers and the teams – this time in a manner which discriminates against women’s cycling."