by Simon MacMichael June 4 2019
20 Comments
All today's news from the site and beyond... 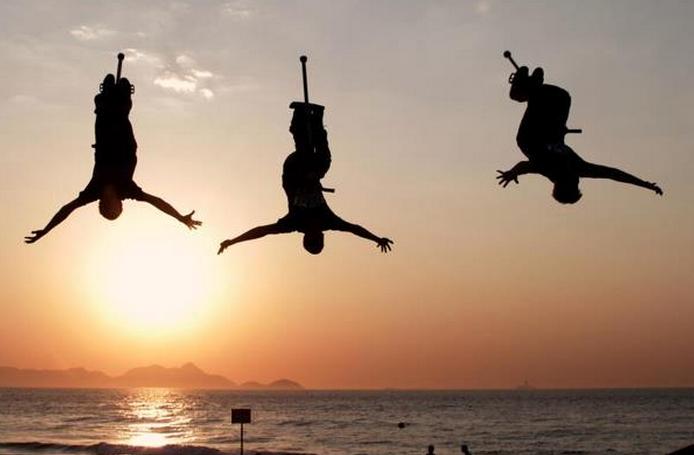 Welcome to Tuesday on the road.cc live blog with Simon MacMichael and the rest of the team.

Wiltshire ultracyclist Ian To will be having a fresh crack at the Land’s End to John O’Groats record in the coming weeks – and after two previous failed attempts, will be hoping it’s third time lucky.

No precise date has been set for his latest crack at the record – or rather, records, because he has no fewer than four in his sights.

The Swindon Wheelers member is waiting for conditions to be just right – a weather forecast of dry, not to hot unlike last summer’s heatwave, and a decent enough tailwind to put that RRA record within reach would be ideal.

A crowdfunding page has been set up for the effort and is currently just over hallway past the £3,500 target.

We wish him all the best.

Bike-share firms apparently have a new rival in the urban mobility market – with a Swedish start-up set to launch pogo stick hire operations in San Francisco and London.

According to a report – admittedly, one that is rather sceptical in tone – on SFist.com, Cangoroo plans to launch first in Malmo and Stockholm this summer, before going international.

The company’s CEO Adam Mikkelsen, who is adamant the company isn’t a hoax, says that "the existing players [in the micro-mobility market] are very generic when it comes to brand loyalty and making a statement."

We’re not sure what he’s on about, either.

Apparently, the business is owned by ODD Company, which may give a bit more insight into what’s going on – it’s a branding and communications agency that has previous in headline-grabbing stunts.

Spoof or straight up, it does strike us though that it’s a shame that the name Jump – the Uber-owned electric bike and scooter hire business that had its London launch last week – was already taken.

Amsterdam moped riders protest after being banned from cycle lanes

Moped riders in Amsterdam have been out protesting against a new law that forces them out of cycle lanes and also makes it compulsory for them to wear helmets, reports The Guardian.

According to the Guardian, nearly 50,000 people have backed a petition which says that making people on mopeds ride alongside faster-moving motor traffic will cause more collisions, while consultation on the new law received an unprecedented number of comments.

Despite a €95 fine, many are ignoring the law, with one woman riding her moped in a cycle lane saying: “It hasn’t been properly thought through.

“It’s very unclear when we are allowed on the bike lane and where we aren’t, and there are certain junctions where there’s just not enough space on the road. I find it absolutely terrifying.”

Amsterdam’s bicycle mayor, Katelijne Boerma, commented: “If there’s a lack of space – which is the case for cyclists – then people start behaving badly and the bike lanes and a lot of pavements in the centre for pedestrians have a kind of ‘surviving the jungle’ attitude.

The street trials ace from Skye has been spoiling us recently - this latest one is a collaboration with Adidas Outdoor. 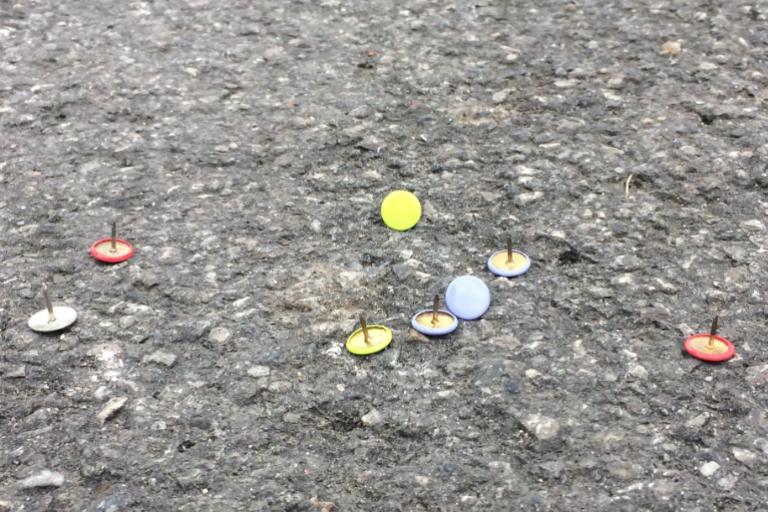 Nasty incident in Worcestershire at the weekend. Lots of riders punctured, but none injured, thankfully.

Hunt has been busy updating its gravel wheels range with wider rims to support big tyres, and tougher freehub bodies. 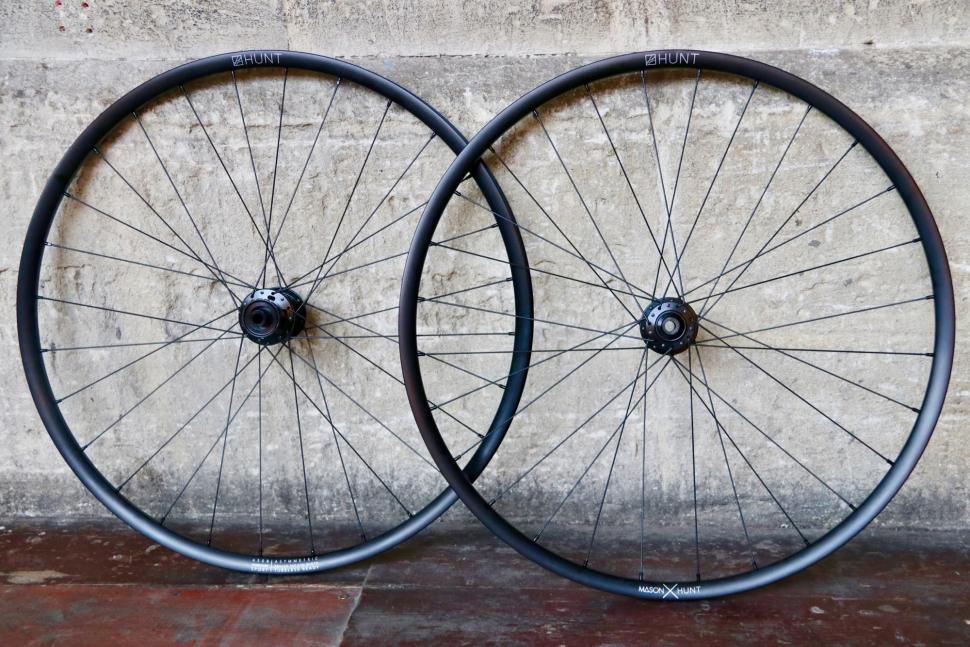 The Mason X Hunt 650B Adventure Sport Disc wheelset (£319) has an updated rim with a 25mm internal width. It was 20mm previously. The external width is 29mm and the rim depth is 19mm.

It is made from 6066-T6 aluminium alloy which has a higher impact resistance than 6061. Hunt says that the rim is suited to tyre widths from 35-50mm. 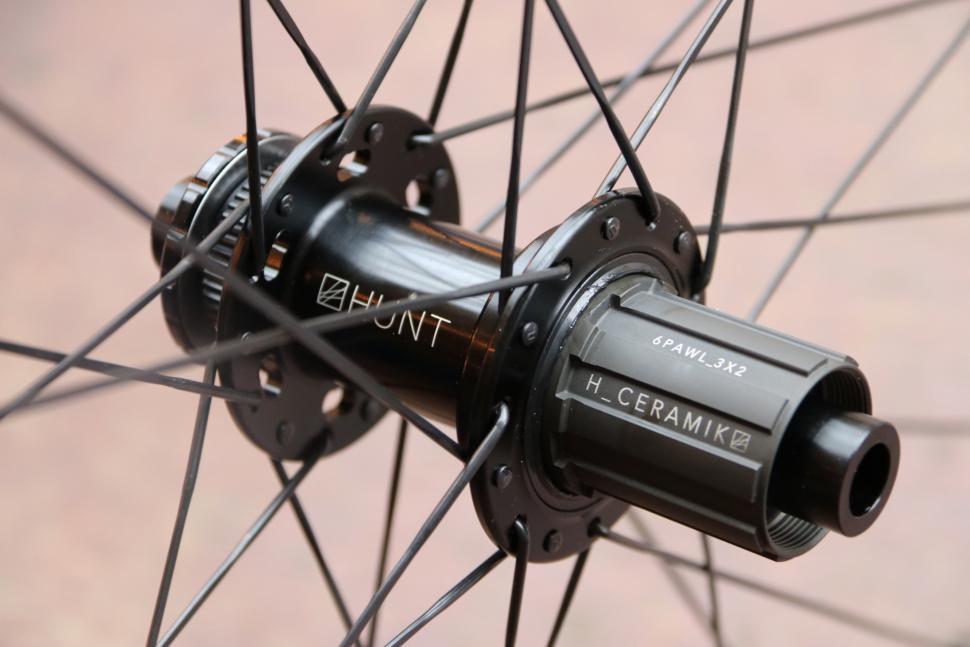 The rear wheel uses the new 4 Season Disc FastEngage hub, 4x1 pawl arrangement, resulting in an engagement angle of 10° following coasting and, like the other wheels below, features Hunt's new H_Ceramik freehub body reinforcement coating which is also found on the Hunt 30 Carbon Dynamo Disc wheel that Dave Atkinson reviewed for us earlier in the year. This makes the surface of the alloy extremely hard so there's no need for a steel insert to stop the sprockets biting into the metal. It does an excellent job. 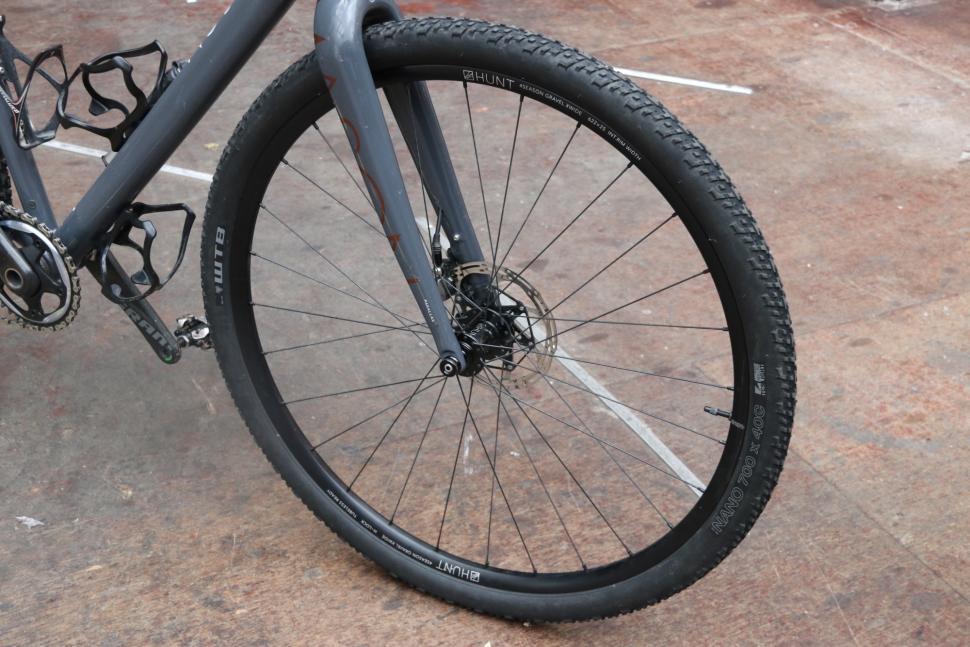 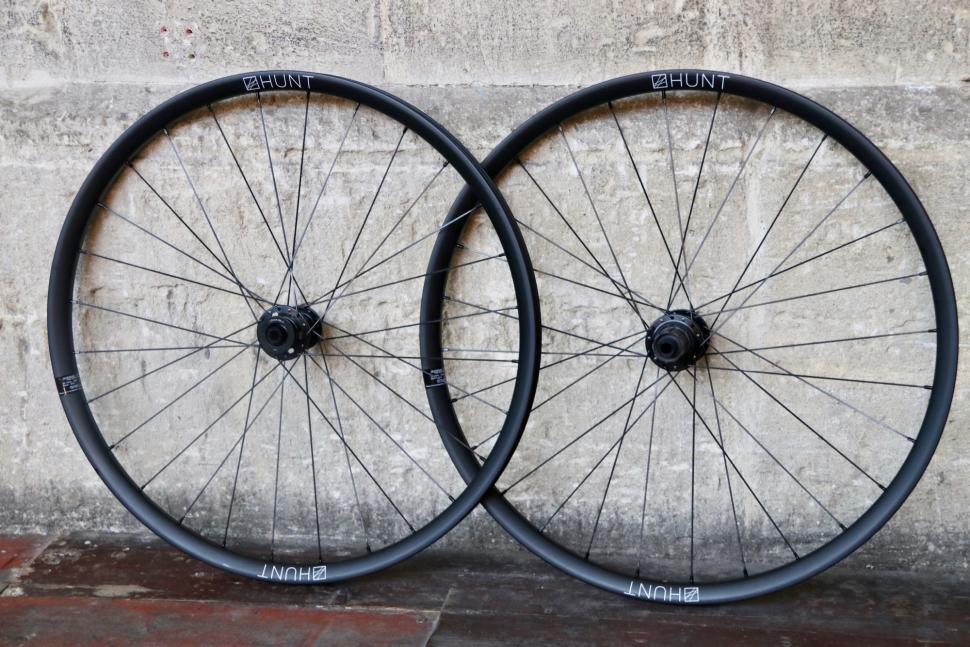 The 650B Adventure Carbon Disc wheelset (£899) has a unidirectional T24/30 rim (with 3K weave reinforced spoke holes) with a 24mm internal width and a 30mm external width. It's 22mm deep.

This one features the new 4 Season Disc RapidEngage hub, with the 3x2 pawl arrangement resulting in an engagement angle of 5°. It also has the H_Ceramik coating on the freehub body too. 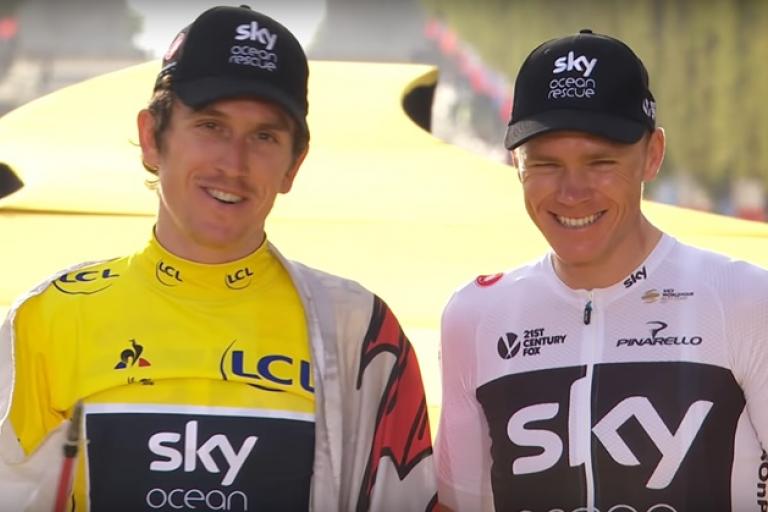 Froome or Thomas? Wiggins looks ahead to Tour de France

Sir Bradley Wiggins has been looking ahead to next month's Tour de France on his Eurosport podcast - and particularly, what the dynamic might be between the Team Ineos pairing of four-time winner Chris Froome and defending champion Geraint Thomas.

He says that Thomas would work for Froome if he needed to - but repeatedly said that he hopes the Welshman is in the same form he was last year when he clinched the yellow jersey.

No prizes for guessing who the Wiggins household hopes will do better out of ythe pair. 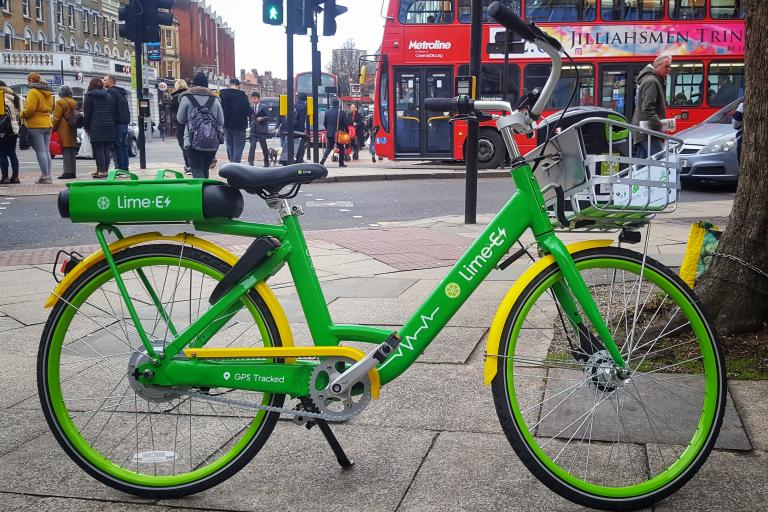 Dockless hire bike reportedly damages car after falling in it - so who is liable?

An interesting piece over on Guardian Money at the weekend. A Lime docklesss hire bike reportedly fell onto a parked car, causing £900 damage, but the company is refusing to compensate the vehicle's owner, and says it is the responsibility of whoever last hired the bike.

However, it won't reveal the identity of that person unless it is forced to od so under a subpoena - read the full story here.

The other issue that occurs to us is, if you do hire one of their bikes and leave it well away from parked cars and later get a £900 bill because someone else (without hiring it) moved it or even deliberately damaged the car with the bike, how would you feel?