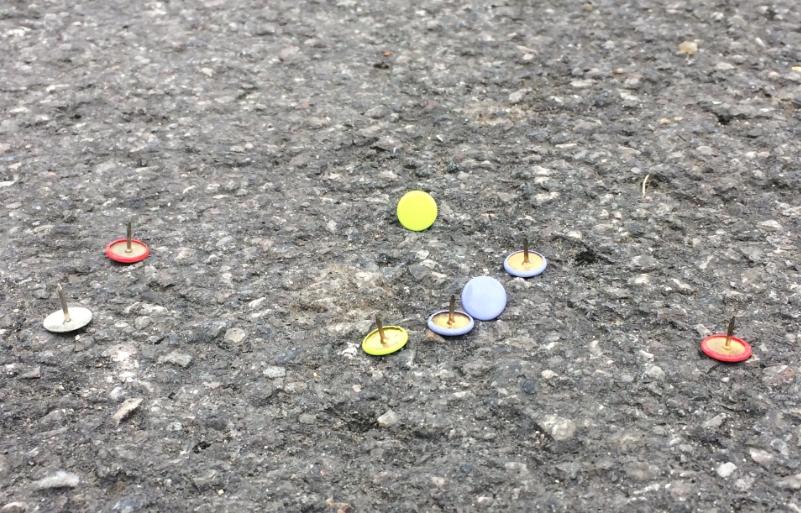 Occupants of a BMW car threw “hundreds” of drawing pins into the path of a group of cyclists in Worcester at the weekend, causing many to puncture – then reportedly returned to film the aftermath.

Worcester News, which says police are investigating the incident, reports that two groups of riders were targeted on Sunday morning.

Iain Buchanan, a member of Worcester St John's Cycling Club, told the newspaper: "There was 10 of us in the group out on the ride and the first incident happened at 9.45am, near Powick roundabout to Hanley Castle.

“A silver BMW was in front, and a handful of tacks were thrown out of the window. There were shouts of 'tacks' to warn others. Three of the riders suffered punctures."

He said that later on, he and his cycling companions encountered another group of cyclists who were on the roadside and had been targeted in similar fashion.

He said: "One of the cyclists had nine drawing pins in a tyre.

"They came back filming the cyclists. This was dangerous, no thought for the safety of riders.

“They might have thought they were having a bit of a laugh, but someone could come off a bike, and take out a group with them.

"In total they have cost hundreds of pounds in damage."

Another member of the club, Paul Sobczyk, said: "It is deeply concerning, hundreds of pins were thrown.

"We were travelling uphill when the tacks were thrown – it is every cyclist's worst nightmare to be going downhill at speed, and a tyre blow up.

"There was the potential for a serious accident. It was obviously premeditated and planned, they were driving round looking for cyclists."

The cyclists were able to note down the registration details of the vehicle and according to a post on the club’s Facebook page, while the DVLA website shows the vehicle does have a current MOT, it is also subject to a Statutory Off Road Notification (SORN) – meaning it is illegal to drive it on the public highway.

Club member Andy Turner wrote on Facebook: “Eight of us out on the 09.30 ride to Staunton today.

“An uneventful ride out via Eckington and Bredon Hardwick but first rain and then drawing-pin scattering cretins in a silver BMW somewhat marred the return journey via Upton and Kinnersley.

“Almost everyone in the group punctured and some, including myself, double-punctured. I picked six pins out of my front tyre and five out of the rear.

“The 09.15 ride had also been to Staunton and as they came up behind us they also suffered several punctures.

“Then the perpetrators drove past and filmed us but we were at least able to confirm their registration number and get a brief look at them.

“One can only wonder why these sad individuals would want to do something like this. Let's hope the Police can track them down because they need to be stopped.”

Last month, we reported how cyclists in neighbouring Shropshire had been targeted by someone putting drawing pins on the road in the village of Badger.

> Tacks strewn in road for cyclists in idyllic Shropshire village

Local newsletter, The Badger Bulletin, said: “On two occasions recently before weekends, drawing pins have been scattered across the lane in the village.

“They are presumably aimed at cyclists who come through the village, often in groups and sometimes (but certainly not always) far too fast.

“However, this is disgraceful, not to mention criminal, behaviour.

“Apart from cyclists, locals have found many pins in their tyres which, if the heads break off, could be hidden until they cause a puncture at speed. Let’s hope it’s not anybody from the village who is behaving in such a mindless way.”