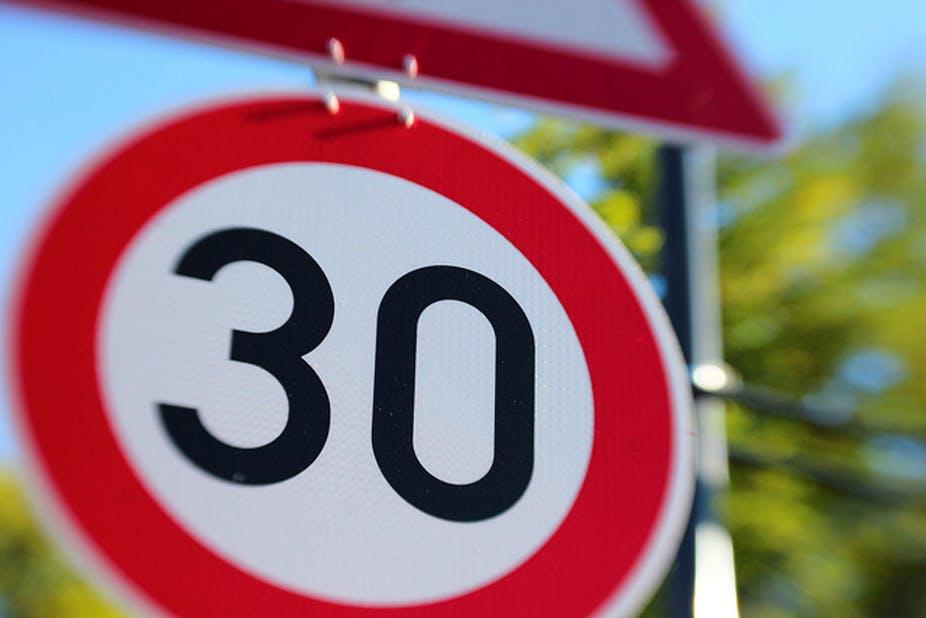 Amendment to original motion sees pilot scheme extended to ""all vehicles" ...
by Simon_MacMichael

A pilot scheme for a 30 km/h speed limit in side streets and residential areas in Vancouver, Canada, will apply not just to motor vehicles but also cyclists after a councillor successfully tabled an amendment to the motion to introduce it.

City councillor Pete Fry’s original motion was adopted by the city council – but only once councillor Melissa De Genova introduced an amendment to have bike riders as well as motorists subject to it, reports Urban Hive.

While Fry, who noted that on average 56 pedestrians are killed in incidents involving motor vehicles each year in the city, backed up his motion with studies and reports showing the safety benefits of lower speed limits in urban areas, De Genova – in what could have come straight from the Lord Winston playbook – relied on anecdote.

“I myself was out with my daughter on a way to a playground near our home and a cyclist who was going very, very fast, blew through a stop sign where we were crossing and used some very choice language towards me and my daughter while we were crossing the street,” she told the council meeting.

“I think that it’s important that instead of pitting vehicles against each other, we’re talking about all vehicles here … all types of vehicles here are capable of going over 30km/h,” she added.

She also highlighted an incident in which she said a pregnant woman was “clipped by a cyclist in Kitsilano,” a district in the British Columbia city.

Her amendment made the motion applicable to “all vehicles” so as to include bicycles, however councillor Michael Wiebe, who voted against the change, said he was “troubled” by the term, arguing that the word vehicles “does not include devices designed to be moved by human power.

“So in speaking to the amendment, we talked about the component of bicycles being ‘all vehicles,’ but then looking at the Motor Vehicle Act, it doesn’t.”

Fry, too, said that use of the phrase “all vehicles” created “a real issue,” adding that he would be “fully supportive of exploring how we can deal with this.”

He also raised the point that unlike motor vehicles, bicycles do not have speedometers, meaning it can be difficult for riders to gauge how fast they are riding.

With the motion passed, the city will now “identify a local street, area, or areas within the city to pilot a 30 kilometre per hour speed limit demonstration project and report back with implementation strategy, timing and budget as well as proposed road design changes by Q3 2019.”

Ultimately, it is hoped that the provincial government will follow Vancouver’s lead and make 30 km/h the default speed limit on residential streets across the province.