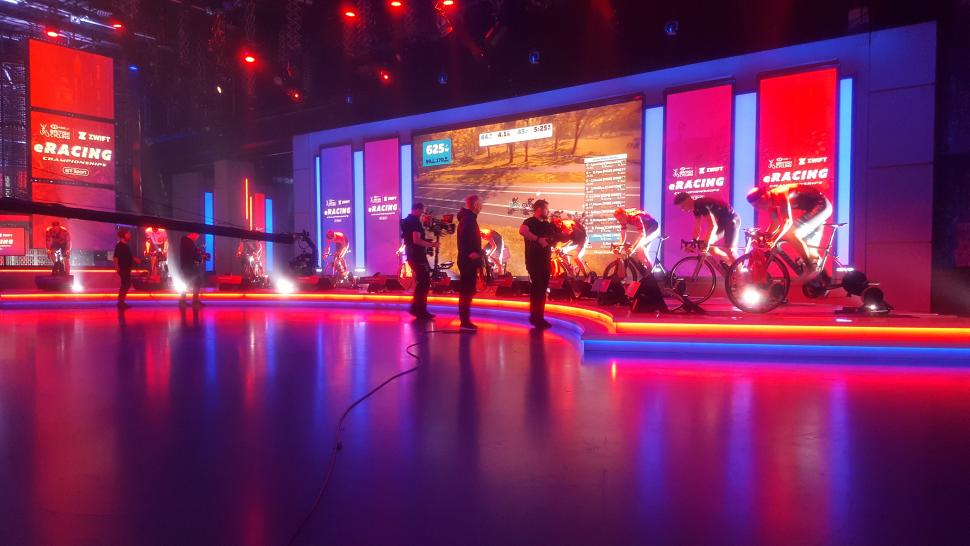 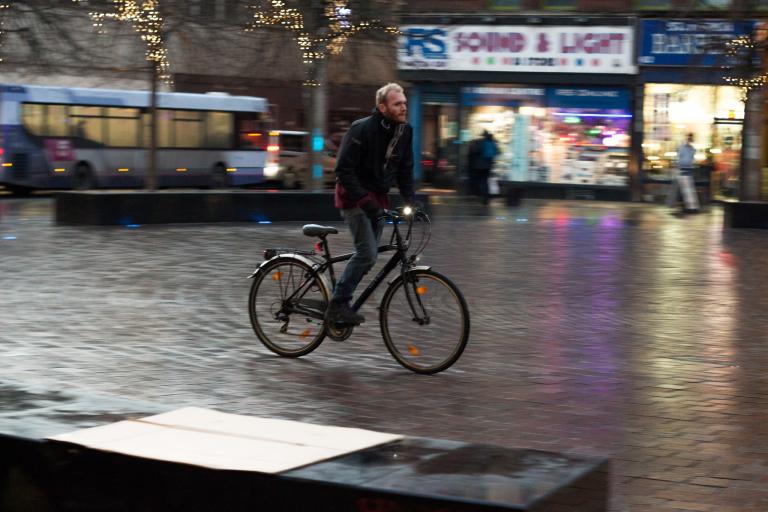 As Bedford decides whether to renew PSPO, campaigners argue it has reduced the number of people cycling into town

Number of fines has risen six-fold since enforcement was contracted out to a private firm. Few people enjoying the sunshine in London’s sprawling Queen Elizabeth Olympic Park this afternoon would have been aware that they were close to a sporting first – as British Cycling held its first-ever eRacing National Championship in partnership with Zwift and Wahoo.

10 men and 10 women are fighting it out to be crowned the inaugural national champions today – the third and final races will be broadcast live tonight by BT Sport from 8pm from their studios in East London.

We’ve been lucky enough to be down there today, and BT Sport have pulled all the stops out – the riders are arrayed, horseshoe fashion, in a huge studio and it has been fascinating to watch the production process.

Of course, virtual cycling will never take the place of the real deal on the road, but with eSports attracting some huge audiences both online and in arenas, we may have just got a glimpse of a new discipline emerging.

It’s the first time in any country that virtual cycling has had this kind of platform. It’s also a bit bizarre, though to see riders you know from the UK elite racing scene battle it out on turbo trainers – and with an absolutely HUGE screen showing their Zwift avatars behind.

One thing’s for sure. Zwift will never look the same on a laptop again. 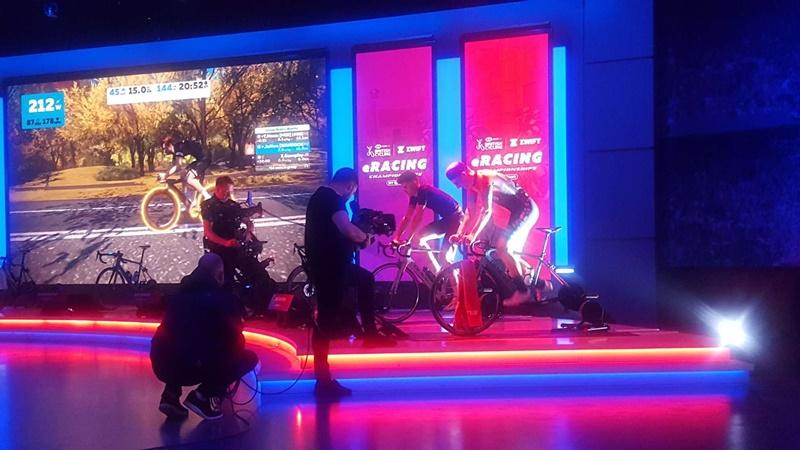 28 March 2019, 15:15
This is what the British Cycling Zwift eRacing Championships look like 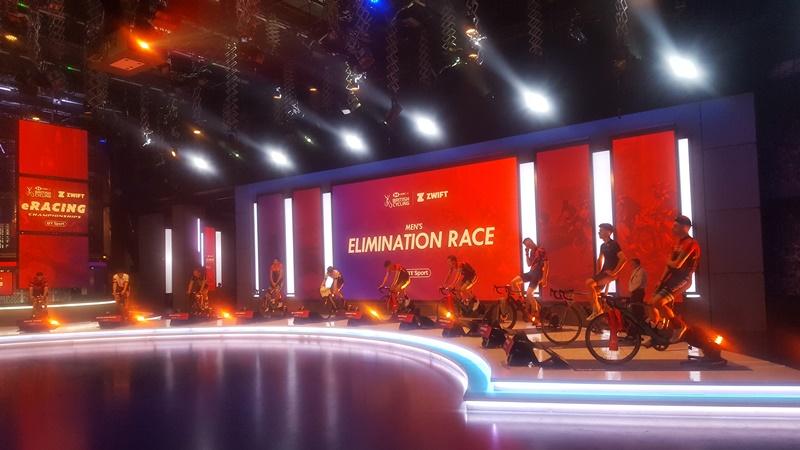 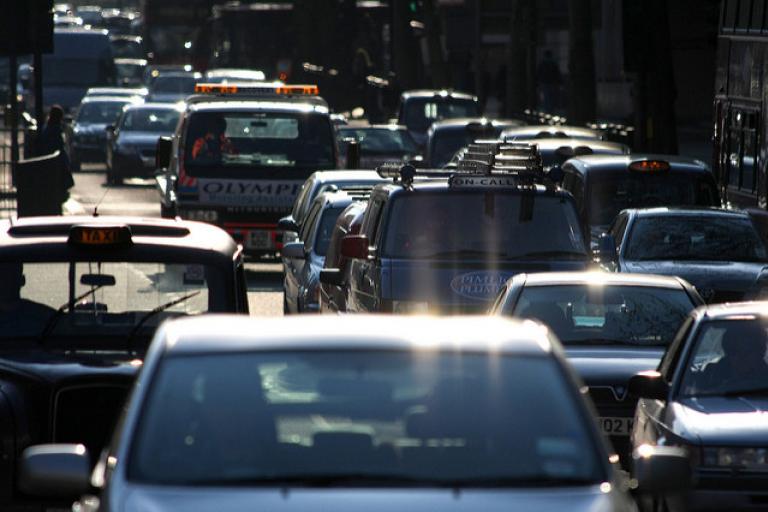 A recent study administered the Cycling Anger Scale (CAS) to a sample of 636 active cyclists (who regularly ride on-road) in a bid to understand the situations that provoke the most anger in cyclists, and whether this anger differed according to how comfortable they were with cycling.

The study said: “This is likely to be due to the higher level of danger associated with collisions with motor vehicles for cyclists.”

Anger also differed according to levels of cycling confidence. Those with higher levels of confidence generally reported lower levels of anger – particularly when interacting with cars and other cyclists.

In contrast, a 2017 study of driver anger at cyclists found that it is often borne of ignorance of the law.

While cycling today I met John from Altrincham, originally from Flixton. He can't walk more than 60 metres now but on his e-bike he happily covers 20 miles! @WalkRideAlty pic.twitter.com/xZQkdh9K1E There's no real need to link to the article. The headline reads "If cyclists don't want to be 'dehumanised' they could start by behaving like decent human beings" and you can pretty much auto-complete the rest of the piece.

We've covered Street-Porter's views on cycling before. She believes that cyclists want all other forms of transport ‘eradicated’ and once said that “cyclists and their powerful backers are destroying London for the rest of us.” 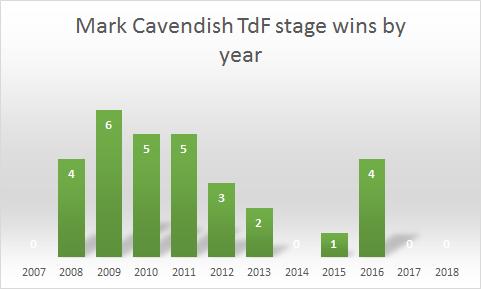 Both the afternoon and evening sessions will be livestreamed on British Cycling’s Facebook page and website. The evening races will be live on BT Sport.

Full schedule and other info here. 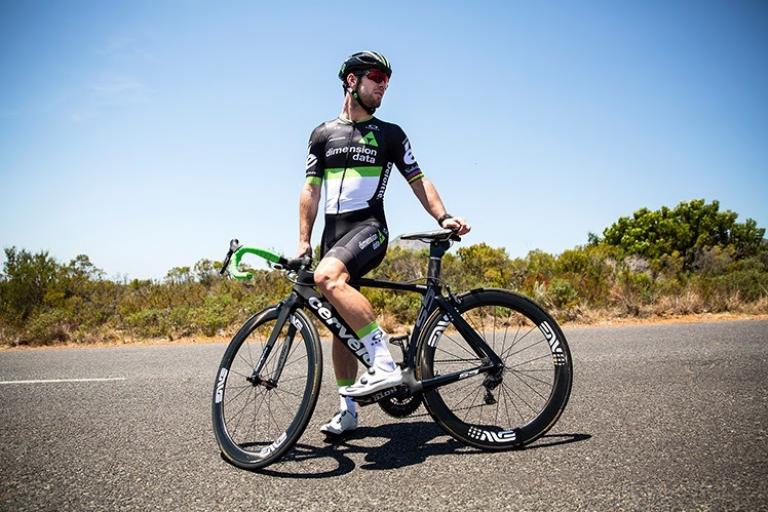 At the start of the season, Mark Cavendish said he was starting to feel strong after two seasons where he felt he was, “in races, but not racing,” as a result of Epstein Barr Virus.

However, he withdrew from Paris-Nice earlier this month and Dimension Data say they don’t know when he’s going to race next.

Cavendish is currently four short of Eddy Merckx's all-time record of 34 Tour de France stage wins. It seems a way off, but his long-time team-mate and friend Bernie Eisel says he can “definitely” still get there.

Speaking to the BBC, Eisel said: "The record is what drives him and why he is still in the sport.

"If we look back, he has won probably 150 races and 30 stages in the Tour, [he is] a world champion on the track, on the road, and pretty much won a stage on every tour out there and won one-day races.

"He doesn't have to do it any more, but he is chasing that record. Of course, that creates a lot of pressure but he is dealing with it."

He added: "I think if we look back at Cav, he has been doing it for almost 15 years, in different teams, different line-ups.

"I think together with [Dimension Data team-mate] Mark Renshaw, they are the best lead-out man and best sprinter together."

1
Chris Boardman has sold his car and is working part-time at Halfords
2
How are the UK’s pop-up bike lanes being received?
3
Nairo Quintana hit from behind during training ride
4
“No excuse” – councillor slams motorists who drove on pavement to get round road closure as emergency infrastructure ignored in London and beyond
5
Near Miss of the Day 433: Police tell cyclist “We all have to share the road” after very close pass from lorry driver
6
Special-edition 25 year anniversary Shimano SPD sandals launched. Still comfort over style, then.
7
Apple Watch with cycling power estimation is a step closer to reality
8
Video: “…not got your licence plate” – Black cyclist stopped by London cop for "anti-social behavior" including not wearing helmet or hi-viz