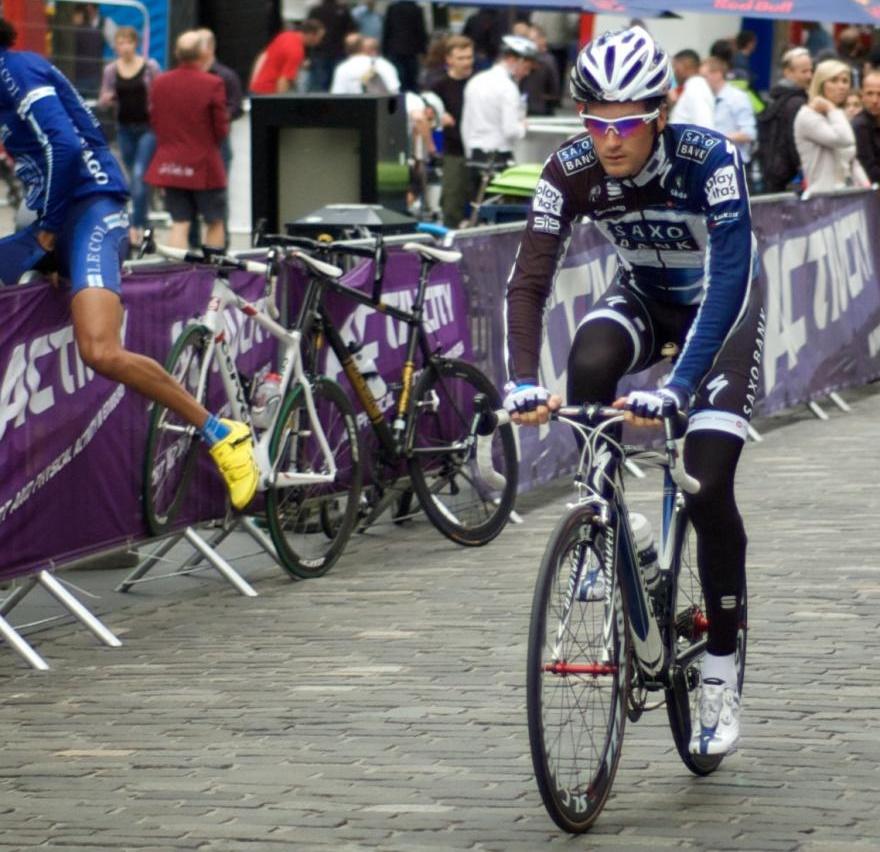 Former pro cyclist Jonny Bellis has been suspended as sporting director of the Drops Cycling Team after being convicted of assaulting his girlfriend.

The BBC reports that Bellis – who represented Great Britain in the road race at the 2008 Olympics and later rode for Saxo Bank and ONE Pro Cycling – admitted hitting his partner at their home this month after the couple had been out drinking.

UK-based women's team Drops say he has been suspended "pending an investigation".

Earlier this week, Cheltenham Magistrates Court heard that Bellis, who retired from professional cycling in 2015, could not remember carrying out the March 8 assault due to alcohol.

Bellis suffered a serious head injury and months of treatment after he was involved in a scooter crash on his way home from his friend Mark Cavendish’s house in Italy in 2009. Prosecuting, Peter Ashby said that the brain injury triggered aggression when he drank alcohol.

He also said that a psychologist friend had told Bellis that it wasn’t alcohol that made him aggressive but an underlying cause, so Bellis carried on drinking.

The victim said she had been aware of Bellis’s mood deteriorating and asked him not to drink any more alcohol.

He agreed, but told her: “I’m going to explode.”

Fearing for her safety, she rang 999. Bellis took the phone out of her hand and blocked her exit as she tried to head to the front door.

Bellis hit her on the side of the face.

Ashby said: “He hit her two or three times. There was a small cut to her upper lip and pain all over her face and head.”

She was left “distraught” and with injuries to her face, arm and ear.

A next door neighbour heard noise and came to the flat. Ashby said: “He saw the victim was distressed and said she was distraught. He saw the defendant apologise to the victim.”

Defending, Nicky Shaw said a pre-sentence report said there was a low risk of Bellis offending again in the future.

She said: “The brain injury and alcohol is what’s caused this. It isn’t a negative attitude towards women or relationships. It does appear this is very much linked to a brain injury.”

Bellis was fined £635 and ordered to pay the victim £100 in compensation.

He was also given a five-year restraining order and told he must make no contact with the victim.