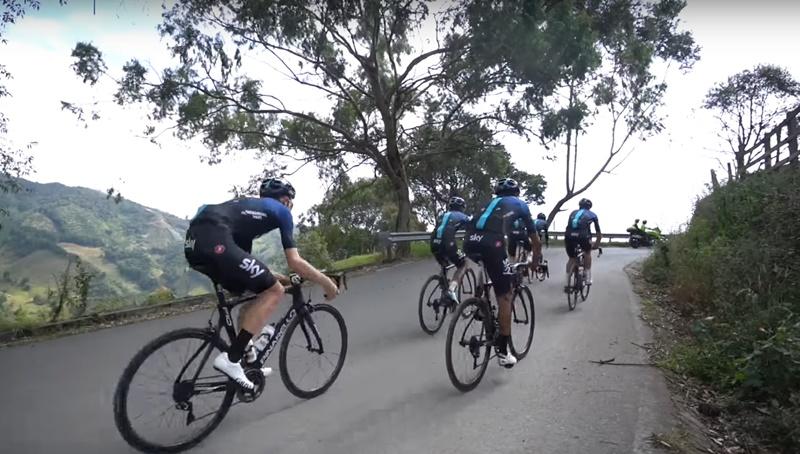 When the broadcaster Sky announced that it would be ceasing to sponsor Team Sky at the end of this season, it was widely assumed that one of the great challenges for Sir Dave Brailsford would be finding a replacement willing to stump up a similar sum of money each year. However, with the rumoured Ineos deal looking ever more certain, it now seems that the richest team in cycling may actually benefit from an even larger budget next season.

Team Sky’s current budget is around £34m a year, but The Telegraph reports that this could actually rise should Sir Jim Ratcliffe back the team through his Ineos chemicals firm.

Britain’s richest man is reportedly investing £110m in Ineos Team UK, Sir Ben Ainslie’s bid to win sailing’s America's Cup in 2021, and he also explored the possibility of buying Chelsea Football Club off Roman Abramovich last year, only the Russian did not want to sell.

Speaking about the sailing investment, Ratcliffe said: “We weren't very interested in tipping in £10m or £20m and helping it along and being part of a committee.

“I had two pre-conditions. One was that we were sole funder. So Ben and the team didn't get distracted and pulled in lots of different directions. And secondly that it would be fully funded. Because I just had this very clear view that, similar to F1, if you're not fully funded then you're never going to be on the front row of the grid.”

Speaking shortly before abandoning Tirreno-Adriatico with stomach problems, Geraint Thomas told Cycling News: "I heard there was a lot of interest, but it's like when we're trying to sign a contract – there's always interest but it's whoever puts the bloody contract in front of you, isn't it?"

He said that Brailsford had been in a positive mood at the race.

"He didn't go into specifics for obvious reasons I guess. The more people you tell everything to, the more chance there is of it getting out. As far as we're concerned, we're confident we'll carry on."