You could be wasting effort by spinning the pedals fast, according to research
by Mat Brett

A new study published in the International Journal of Sports Medicine says that cycling at a high cadence isn't beneficial to amateurs.

Are you a spinner or a grinder? Chances are that if you've been cycling for any length of time you'll have be told by some old hand that you need to spin to win. On the other hand, there's the school of thought that says tough riders grind away in a big gear. Many professional riders pedal at a high average cadence – over 90 rpm is common with some pedalling at 100 rpm or higher for hours at a time (let's leave Lance Armstrong's super-high cadence out of it – that would only muddy the waters!). Lots of amateur cyclists adopt a similarly high cadence, figuring that if it works for the pros it'll work for them too.

However, a team of scientists led by Dr Federico Formenti of King's College London has found that the oxygenation of thigh muscles is negatively affected when recreational cyclists pedal at a high cadence. In other words, exercise efficiency decreases when these riders pedal at a high rpm. In other other words, they're wasting energy by spinning their legs fast.

The sample was small, made up of nine volunteers described as "healthy, active individuals". The researchers carried out a number of experiments while each subject rode a stationary bike, recording the force exerted on the pedals, cardiopulmonary (relating to the heart and lungs) and metabolic responses, plus oxygenation of the thigh muscles (studied continuously using near-infrared spectroscopy). These experiments were carried out at moderate exercise intensity and at different pedalling cadences. 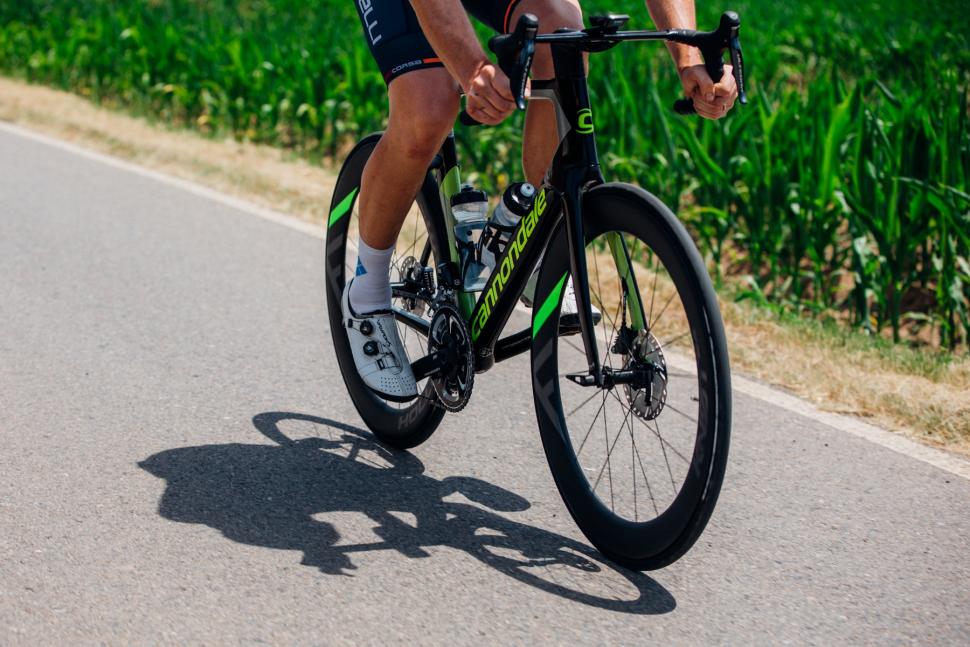 The results showed that forces exerted on the pedals decreased at higher cadences, heart rate increased by 15% and cycling exercise efficiency decreased. A component of this reduced efficiency, skeletal muscle oxygenation decreased when participants pedalled at 90 rpm, the highest cadence tested.

"Pedalling at cadence greater than 90 rpm is advantageous for professional cyclists, but appears inefficient for recreational cyclists," said Dr Federico Formenti. "When cycling at low exercise intensity, skeletal muscle oxygenation is mostly unaffected by cadence, indicating that the cardiopulmonary and circulatory systems can effectively meet the exercising muscles' demand.

"However, at a greater exercise intensity, high cadence reduces recreational cyclists' efficiency and skeletal muscle oxygenation, suggesting a reduced ratio between oxygen being delivered to and taken up by the exercising muscles."

The volunteers were tested at cadences all the way down to 40rpm, which is below anything you're likely to pedal at out on the road – well, unless you're doing super-high resistance interval training.

One other thing to bear in mind is that this study focused on skeletal muscle oxygenation and not joint health. Whether a lower cadence with a higher force on the pedals takes a toll on your knees wasn't covered.