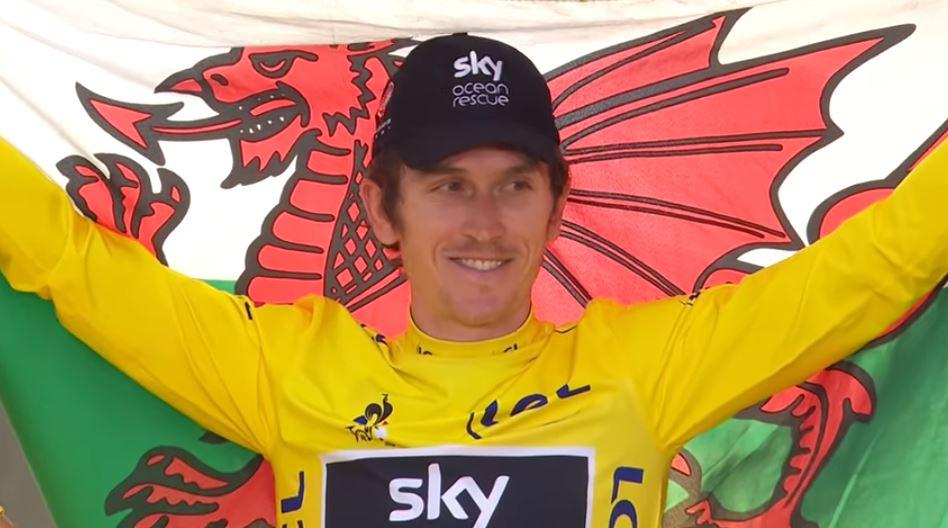 10 of the biggest stories in the pro peloton from 2018

In our final Top 10 article looking back at the big stories in cycling this year, we reflect on some of the big news stories of the year in the pro peloton. 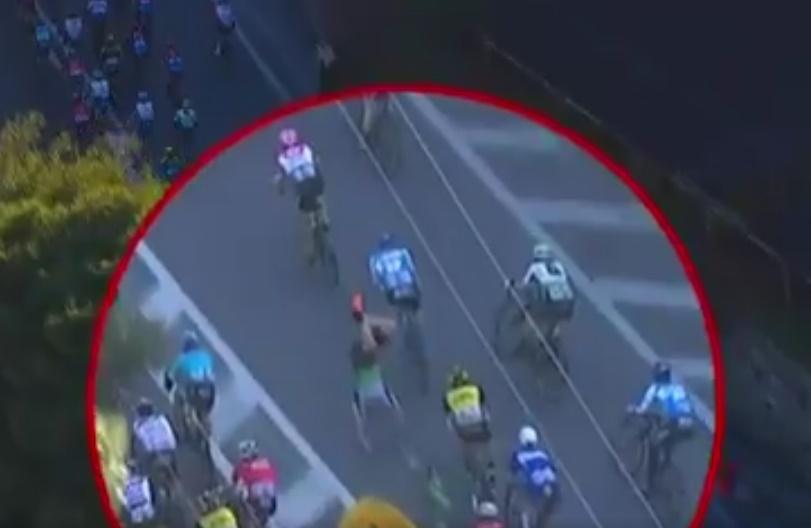 The beauty of Milan-San Remo is that the position of the final two climbs – the Cipressa and the Poggio – means there’s a fine balance between whether an attack, most likely on the second, will carry the day, or whether it will be reeled in within sight of the line as the race comes down to a bunch sprint.

This year, it was the former as Vincenzo Nibali joined a select group of riders to have won all three Grand Tours and at least two Monuments. It would be the high point of the Italian’s season – a spectator’s camera strap brought him down on the Alpe d’Huez at the Tour de France, causing him to fracture a vertebra.

He returned for the World Championships, but lacking race fitness ruled himself out of challenging for the win.

Meanwhile, at the foot of the Poggio 2009 winner Mark Cavendish suffered an horrific crash when he ploughed into a huge roadside bollard, one of the low points of a season that was marred by crashes and illness – but which saw him earn praise for digging in and completing a Tour de France stage even though he was well outside the time limit and therefore out of the race.

Peter Sagan wins Paris-Roubaix – and gets branded an “idiot” afterwards

Peter Sagan, a past Tour of Flanders winner, joined Nibali in winning his second Monument at Paris-Roubaix, outsprinting AG2R-La Mondiale rider Sylvain Dillier to claim victory in a two-man tussle for the line.

Lotto-Soudal rider Jelle Wallays, who eventually finished 14th, had been riding with the pair at the front of the race and unwittingly helped keep Sagan in contention when the three-time world champion used his bike to bash his handlebars back straight after they had gone askew on a cobbled section.

Sagan recounted the episode in his autobiography and said he would apologise to the Belgian – Wallays, who branded Sagan an “idiot” for his actions, says he’s still waiting. 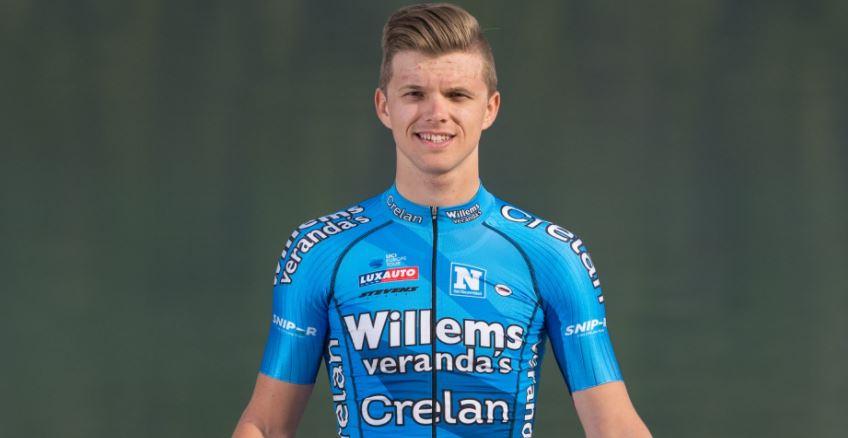 Sagan’s victory at Paris-Roubaix was overshadowed by the news that Verandas Willems-Crelan rider Michael Goolaerts had suffered a cardiac arrest during the race and died in hospital later that evening.

His team announced the news “with unimaginable sadness” and among those to pay tribute was his team mate, the world cyclo-cross champion Wout van Aert, who in an emotional open letter urged people to “please keep Michael’s memory alive.”

Van Aert said in his letter that Paris-Roubaix had been his friend’s favourite race, and it was subsequently confirmed that he will have a sector of its iconic pavé named after him. 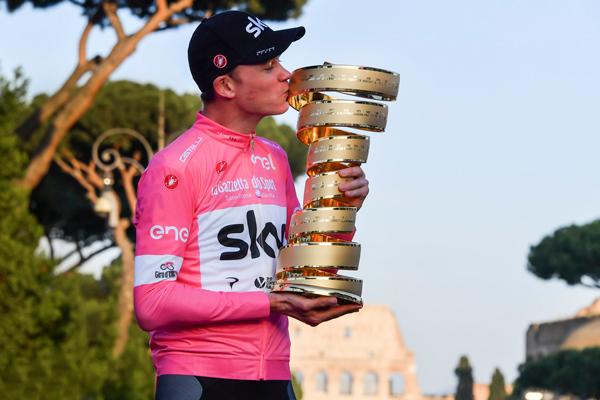 It was perhaps THE ride of 2018. Stage 19 of the Giro d’Italia began with Chris Froome 3 minutes 22 seconds behind race leader Simon Yates – but by the end of the day, he would be 40 seconds clear in the race lead and on his way to winning a third consecutive Grand Tour as he added the maglia rosa to his victories at the Tour de France and the Vuelta.

Froome’s attack, from 80 kilometres out as the riders negotiated the Colle delle Finestre, had been meticulously planned, with Team Sky staff positioned at various points on the route to ensure that he did not run out of food or drink.

“To go from fourth to first – I wasn’t going to do that on the last climb alone, so I had to try from far out and Colle delle Finestre was the perfect place to do it,” he said afterwards. “Gravel roads, I guess, reminds me a bit of riding on the roads back in Africa. I just felt good and thought: ‘It’s now or never – I have to try.’”

The first six months of Froome’s 2018 were overshadowed by his adverse analytical finding for an excessive amount of the anti-asthma drug salbutamol, but he always insisted he would be cleared and that his Giro d’Italia title would be secure, and so it proved as the case was closed just days before the Tour de France started and he was cleared to race.

With team mate Chris Froome losing time in an opening day crash, Geraint Thomas slowly emerged as the team’s main contender for the Tour de France. The first of two back-to-back wins in the Alps at the mid-point in the race put him into the yellow jersey – and the following day, he rode it to victory at the Alpe d’Huez, the first Briton to win there.

During the final week, Froome gave his full support to the Welshman’s challenge – Thomas would later reveal there had been tensions within the Team Sky camp earlier in the race – and on the penultimate day’s time trial, he stayed upright despite a slight wobble on a bend and reached the finish to find his wife Sara waiting for him. The following day, he closed his victory speech in Paris with the words “Vive le Tour” and an epic mic drop.

Winning the yellow jersey has catapulted the 32-year-old double Olympic champion to a new level of fame – there was a homecoming parade attended by thousands in his home city, Cardiff, he was named BBC Sports Personality of the Year, and the “icing on the cake,” as Thomas put it, was being named an MBE in the New Year Honours.

One of the most exciting – and certainly most emotional – days of this year’s Tour de France came on Stage 9, which took in a number of sectors of the Paris-Roubaix pavé and finished in the velodrome where John Degenkolb had won the cobbled classic in 2015.

The German was unable to defend his title the following year after a horrific training crash when a British driver ploughed into him and his team mates while they were at an early season training camp in Spain, in a crash that could have ended Degenkolb’s life, let alone his career.

The Tour de France stage win at the scene of one of his greatest triumphs was therefore charged with emotion and then some – and it wasn’t just Degenkolb who was in tears at the end. One of the gutsiest performances on this year’s Tour de Fraance came on Stage 15 from Carcassonne to Bagneres-de-Luchon – a stage that had taken a bizarre twist early on as a gendarme inadvertently pepper-sprayed the peloton.

But there was further drama on the stage as Philippe Gilbert, ahead at the front of the race, plunged over a parapet to provide a heart-stopping moment for anyone watching on TV, leaving viewers fearing the worst.

Happily, Gilbert emerged shortly afterwards and remounted, apparently unscathed, to complete the final 60 kilometres of the stage – although it was discovered that evening that he had broken a kneecap. “I’ve had a lucky escape,” he said, with no small understatement.

One of the most eagerly awaited stages of this year’s Tour de France was Stage 17 from Bagneres-de-Luchon to Saint-Lary Soulon – as much for the introduction of a Formula 1 grid-style start as for its short, 65km length and a punchy profile with an unprecedented summit finish on the Col de Portet.

The gimmicky start grabbed attention beforehand, alright, although the riders – Geraint Thomas in the yellow jersey in pole position – looked rather sheepish as they waited for the flag to drop.

Once the stage began and the peloton quickly formed in standard order, it did leave a lot of people wondering what it was all about.

The stage itself was won by Nairo Quintana from Dan Martin – with Thomas finishing third just ahead of his rivals to extend his overall lead by another few seconds on his inexorable march to Paris.

As the Giro d’Italia entered its third week, the big question being asked was how would Simon Yates cope with the pressure of entering the final week of a Grand Tour in the race lead? In a race where he attacked constantly, he finally cracked on the day Chris Froome took the maglia rosa, losing almost 40 minutes as he fell well out of contention.

At the Vuelta, the rider from Bury – joined in the race by twin brother Adam – drew on the experience of that disappointment in Italy, and after regaining the overall lead on Stage 12, largely rode within himself in the final week, keeping a 20-25 second buffer over Alejandro Valverde, whose challenge faded on Stage 19.

In winning the Vuelta, Yates completed an historic treble for Great Britain – never before had three different riders from the same country won all three Grand Tours in the same year. 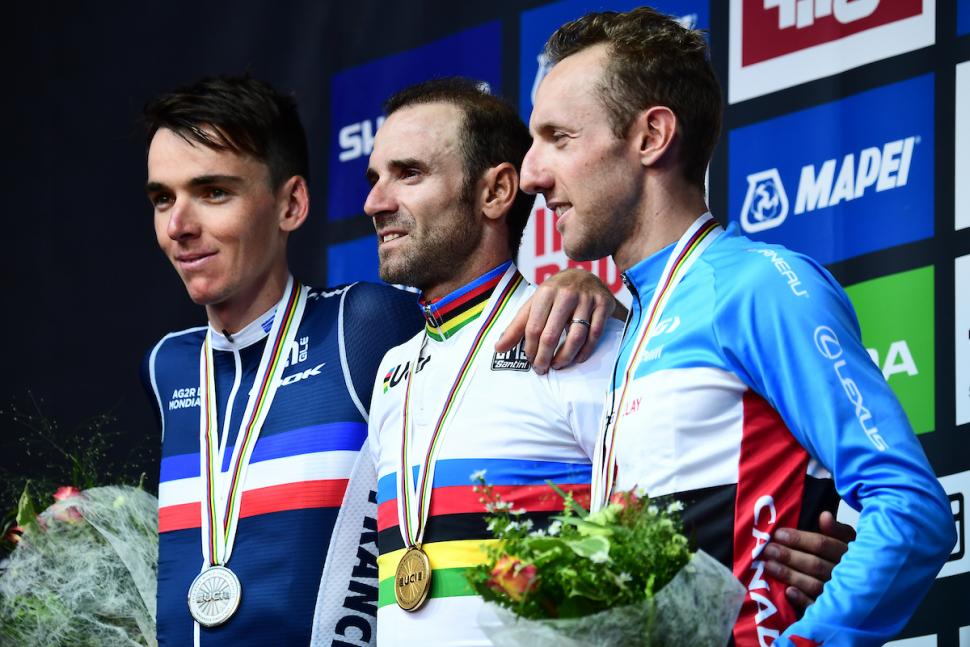 The Spaniard’s challenge at the Vuelta may have ended two days from Madrid, but many keen students of recent World Championships will have taken a successful punt on Alejandro Valverde – six times previously on the podium with two silver and four bronze medals – finally taking the rainbow jersey at Innsbruck-Tirol in what was the toughest parcours for years.

It was a cracking race, with attack and counter-attack – including one from Great Britain’s Peter Kennaugh – launched as it headed towards its conclusion. Over the top of the final climb, and just Valverde, France’s Romain Bardet and, in the ride of his life, Michael Woods from Canada seemed left in contention.

They were joined on the descent into Innsbruck by Tom Dumoulin of the Netherlands, but of the four, Valverde had the strongest finish – and the experience of winning a succession of big one-day races, and the 38-year-old outfoxed his rivals, with Bardet second and Woods third, saying afterwards it was “a dream come true.”