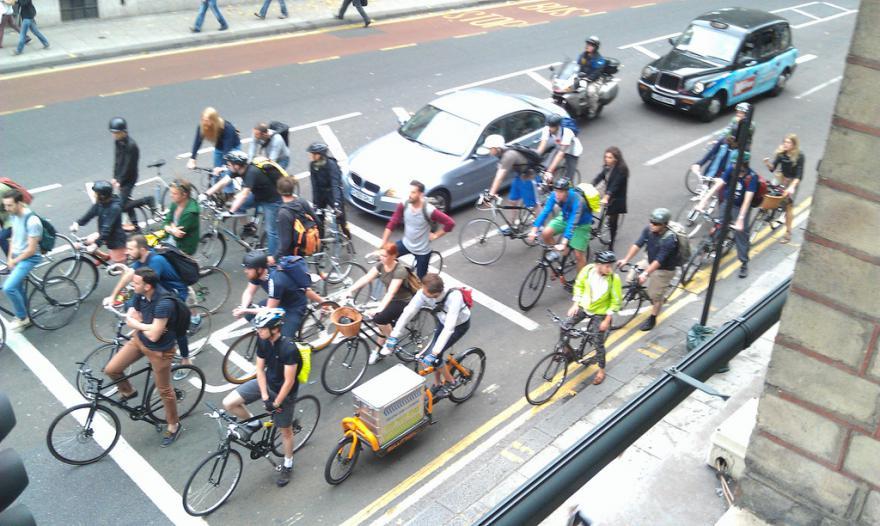 A new study from New Zealand has shown that investment in facilities for cyclists and pedestrians leads to lower levels of car use and reduces carbon emissions.

The study is claimed to be the first conducted worldwide to have established a link between building cycling and walking infrastructure and lower levels of air pollution.

It’s a subject however we have visited regularly here on road.cc – for example, research published earlier this year found that children in London’s first ‘Mini Holland’ borough, Waltham Forest, will enjoy greater life expectancy due to efforts to promote cycling and walking and reduce car use.

The New Zealand study was carried out by researchers from Victoria University and the University of Otago, Wellington, reports the Otago Daily Times.

They analysed the effect of cycle paths and pedestrian walkways installed in 2011 in New Plymouth and Hastings.

They discovered that during the following three years, total kilometres travelled fell by 1.6 per cent and carbon emissions by 1 per cent.

Associate Professor Michael Keall, the lead author of the study, said: "This is good news for our agenda to reduce carbon emissions, which is essential to meet our international targets and of course to contribute to stabilising the climate.”

According to co-author Dr Caroline Shaw, the actual reduction in carbon emissions is likely to be higher than that 1 per cent figure.

She explained that the car journeys most likely to be substituted with cycling or walking are shorter ones, which have higher levels of emissions per kilometre.

She said: "It is also important to note that we would expect the more extensive networks of cycle lanes which some councils are now putting in, to have an even bigger response.

"It is also important to note that we would expect the more extensive networks of cycle lanes which some councils are now putting in, to have an even bigger response," she added.

Last year, the charity Cycling UK described as “out of date” members of the House of Lords who repeated the claim during a debate on air quality that building cycle lanes leads to more pollution.