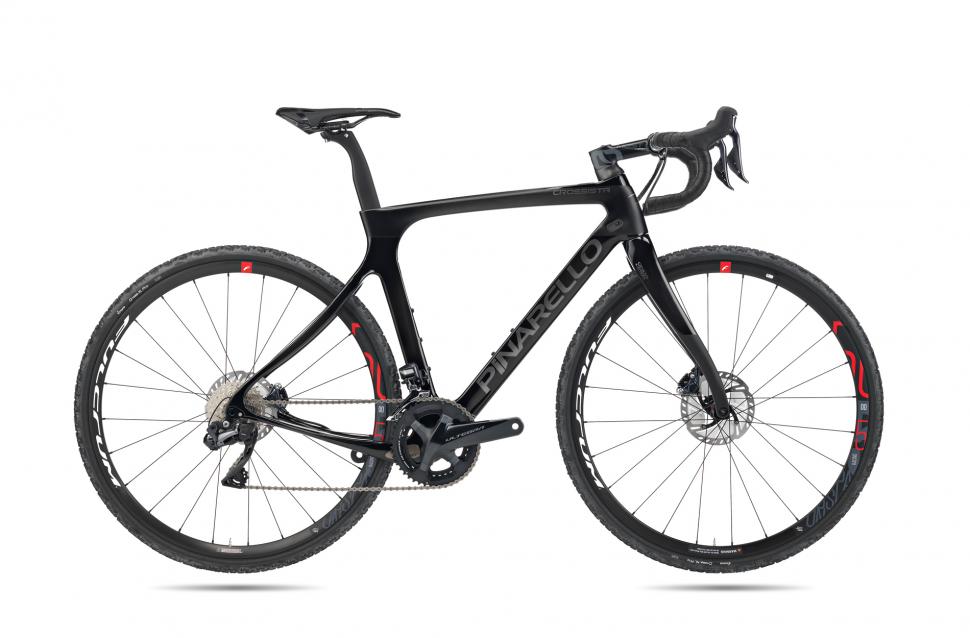 Pinarello has launched a new cyclocross race bike with the all-new Crossista. Using an aero-shaped frame that's derived from their road machines but with cyclocross specific touches, two levels of carbon layup will be offered.

Pinarello says that the Crossista name harks back to Daniele Pontoni, who campaigned at World Cup level for the brand in the 1990s to great effect and even took a World Champion title.

The new bike, much like their freshly release gravel machine, gives you a choice of two carbon layups, with a Toray T700 Crossista option joined by a pricier Crossista+ that uses fancy T1100 1K carbon with 'Nanoalloy' polymers in the mix.

The frame itself has plenty of aero touches such as their 'Flatback' tubing, with Pinarello claiming that such features are increasingly important in the CX world, though they've made sure they haven't forgotten the basics with a flattened section to allow you to shoulder the bike more comfortably.

There's clearance for up to a 42mm tyre, meaning you should have oodles of mud clearance for UCI-spec 33mm rubber, while the frame gets all mod cons such as 12mm through axles at either end and flat mount disc brakes. There's also full internal cable routing for Di2 or conventional gearing and you can run the bike with a double or a single-ring drivetrain.

In terms of tubing, it's a very different bike to the Grevil gravel bike Pinarello also recently launched but no details on geometry were included in the release or on their site, so we don't know just how different the two bikes are where it matters. We've asked them for more details (including pricing) and we're waiting on a reply...

In the meantime, you can check out the new bikes here: