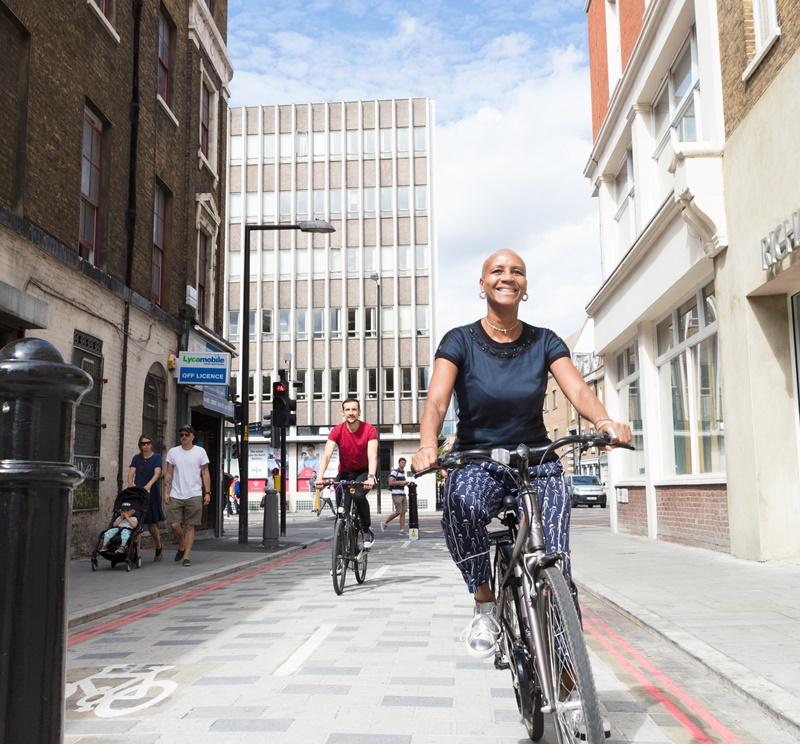 ‘Where are the segregated lanes?’ asks campaign group
by Alex Bowden

The Mayor of London, Sadiq Khan, this week announced the opening of new stretches of Quietways in Southwark, Newham and Redbridge. London Cycling Campaign (LCC) says all three sections are flawed and highlight the ongoing failure of the Quietways programme.

Announcing the routes on Thursday, Sadiq Khan said: “I’m delighted these three new Quietway routes are being officially opened today as part of our growing network across the capital. Given the damaging impact toxic air has on our city, it is vital that we do all we can to enable more Londoners to cycle and reduce journeys by car.

“The latest figures show that Quietways are leading to a big increase in cycling with 24,000 bike journeys on Quietway 2 within its first week of opening. It is great to see that Londoners of all ages and abilities are embracing the opportunity to ride safely on backstreets and now many more people will be able to benefit.”

However, LCC’s infrastructure expert Simon Munk said that while Quietways were an important element of the capital’s cycling network, their quality varied considerably, often deteriorating noticeably where a route crossed from one borough into another with lesser ambitions for cycling.

He feels that the latest announcement merely serves to highlight a lack of progress building segregated cycle lanes.

“On current rate of progress the mayor is already set to dramatically undershoot the promise he made to triple the mileage of segregated cycle lanes in London. Now it seems that TfL are offering a substandard Quietway programme as a distraction.

“A proper network of both segregated lanes and genuine Quietways are essential to meeting the Mayor’s promise to make London a ‘byword for cycling’. Unless the Mayor urgently gets a grip on this, his cycling legacy will be one of promises unfulfilled.”

LCC contrasted the mayor’s “timidity” with the City of London’s draft Transport Strategy, released earlier this week, which proposes the removal of cars from half of streets in the Square Mile, two metre wide segregated cycle lanes on others and the implementation of a 15mph speed limit.

The campaign group also points to “truly quiet cycle routes” in Hackney and Waltham Forest. “The Mayor’s Transport Strategy talks of these approvingly,” it says. “But the evidence is clear – when boroughs refuse to reduce motor traffic, TfL fund their Quietways regardless. It’s time for the Mayor to say enough is enough.”