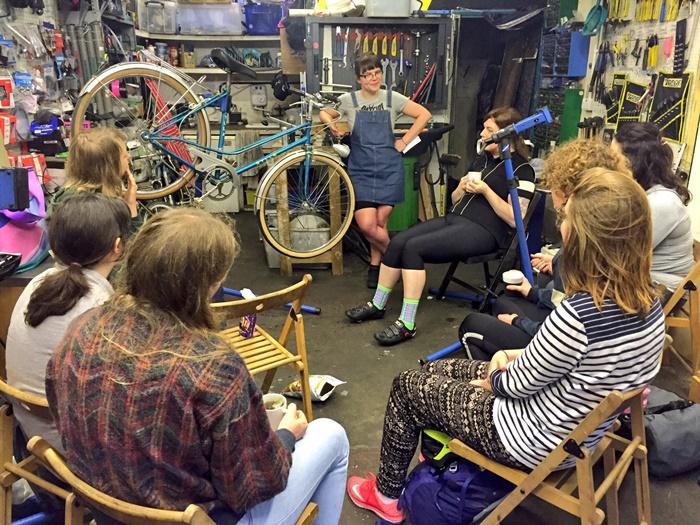 Projects can apply for grants of up to £10,000
by Alex Bowden

Projects that encourage London communities to cycle more often and more safely are being encouraged to apply for Transport for London (TfL) funding. Cycling Grants London, administered by Groundwork London, will offer grants of up to £10,000 over three years. The 2018 application window is now open and will close on September 17.

Now in its fourth year, the Cycling Grants London programme has so far helped 90 projects encourage over 14,000 people to cycle.

More than £240,000 is available for a range of cycling initiatives, including cycle training, loan bikes, guided rides and cycle maintenance courses.

Examples of projects to have received funding in the past include Community Cycleworks, a youth-focussed project teaching children how to build and fix bikes; Ride Side-by-Side, which gives people who would normally rely on carers a way to get about on a bespoke two-seater, four-wheel, power-assisted bicycle; and Limehouse Women’s Cycling, which is aimed primarily at Bangladeshi women, though the group is mixed.

Momtaz Begum-Hossain, a participant in the Limehouse Women’s Cycle Project, said: ‘‘I had often wondered if I would ever be able to ride a bike. I never learnt as a child, and when I became an adult so many other distractions came along that my cycling goals were forgotten about.

“I enrolled in a free 12-week women’s cycling course, I absolutely loved the cycling part and seeing the others all grow and develop as the weeks go on. Having a routine of going to class on Sunday morning, knowing I was going to spend it in beautiful surroundings with friendly women who were all so inspiring, was the highlight of my weekend.”

Lindy Kelly, Executive Director of Groundwork London, said: “Groundwork are very excited about the launch of the 2018 round of Cycling Grants London funding with TfL. Since 2015, we've supported 90 community cycling projects across London. This year we're looking forward to supporting more applicants and seeing many more Londoners of all backgrounds, ages and abilities discover the joy and the benefits of cycling.”