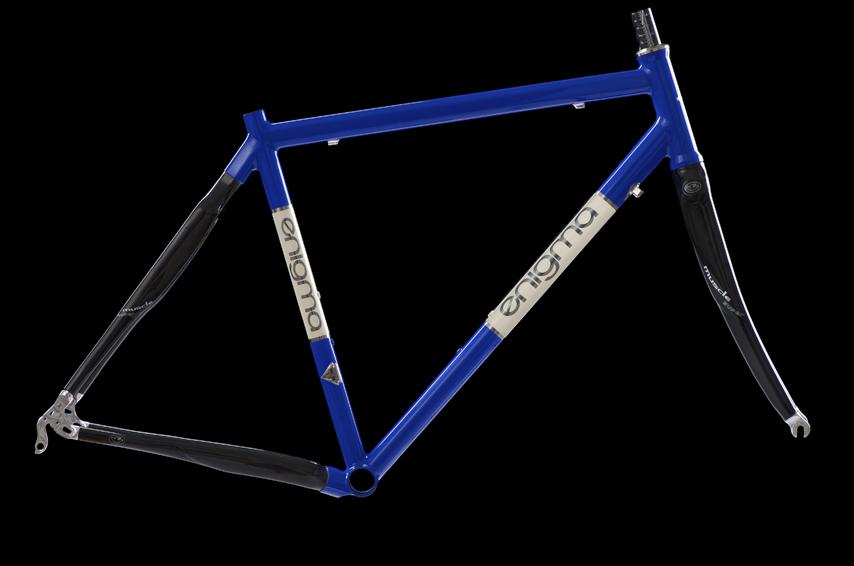 Here's an exclusive on something rather exclusive – the Enigma Yatesy, a new steel and carbon frameset made in a limited edition of 25 inspired by, and with design input from, cycling legend, Sean Yates.

Enigma's designer and framebuilder, Mark Reilly has built Sean's personal bikes for many years now, and he is acknowledged as a master of the welding torch, so there could be only one man for this job. Sean's input on design and geometry and most crucially of all, frame material are clear to see. As Mark explains: “ Sean, throughout most of his incredible career rode steel framed bikes and so his choice of material was no real shock and steel rides absolutely brilliantly.”

Only 25 frames will be made, and orders are being taken now on a first come first served basis – so you will be getting a true exclusive. All the frames will be custom built – so don't worry you don't need to be Yates-sized. And although Sean has had a lot of input on the bike's geometry the riding position is a more standard set-up than the stretched out position favoured by the great man in his pomp.

One other cool touch, is that wherever possible each frame will be handed over by Sean himself, along with an autographed CAD drawing. So if you buy the Yatesy frame you will also get to meet the man himself. The frames are 100% custom built and paintwork too can be designed to personal choice. A Yatesy frameset will set you back £1599 – which given the level of exclusivity, not to mention the custom element, seems a bit of a bargain.

The mainframe is made from Columbus Spirit tubing, but this is no exercise in recreating a race bike of from back in the day, both Yates and Reilly wanted to make something with a more contemporary performance edge to it – so they added carbon. Back to Mark: “ Steel has a legendary ride quality and carbon is known for its stiffness and light weight, so we married the two. This fusion of materials takes steel framebuilding to another level, the carbon bringing better power transfer and the steel adding a sublime ride quality. The frame comes complete with Columbus super muscle front forks and rear stays and is finished off with an Enigma titanium headset.” 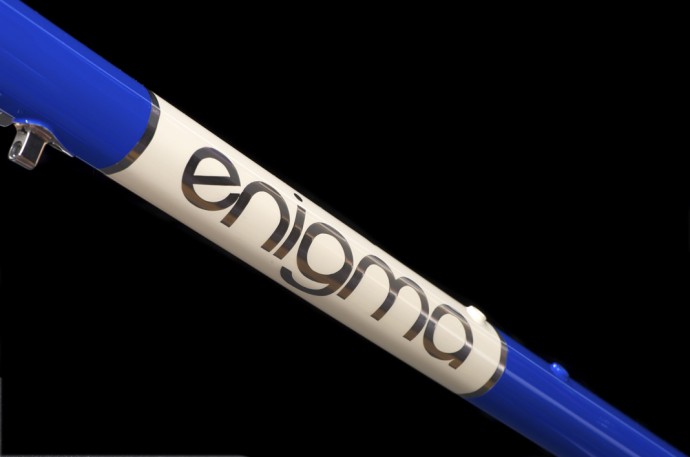 Both carbon components are made from a combination of Toray T700 and HM high modulus carbon. The forks have forged steel dropouts and Kevlar woven into the steerer tube which reduces the risks of dents caused by clamping aluminium stems to it, and the stays attach to the bottom bracket via a one-piece cnc's plug which attaches slightly lower than most rear stays to further beef up what Columbus reckon is an already very torsionally stiff unit.

The 'Muscle' bit is because both forks and stays are shaped in a way that mimics the shape of human muscle, it is this shape combined with the carbon layup that Columbus says gives them such excellent vibrations damping characteristics. All that should add up to the Yatesy being both stiff, light and comfortable.

1
Near Miss of the Day 704: Two abreast group close passed by impatient driver who almost hits front rider
2
Highway Code changes: what is the Dutch Reach and will drivers be fined £1,000 if they don't use it?
3
Here's how to make a DIY VO2 max tester for use with Zwift and Strava for only £130
4
Highway Code changes: Daily Mail publishes "error-strewn" Richard Littlejohn column attacking cyclists
5
"Tired of road crime": CyclingMikey on episode 16 of the road.cc Podcast, plus how to make the most of your lunchbreak
6
Near Miss of the Day 701: Speeding bus driver “very lucky” to avoid prosecution for close pass (includes swearing)
7
Stages will retrofit a power meter to your existing cranks
8
Chris Boardman heads newly-launched government body Active Travel England