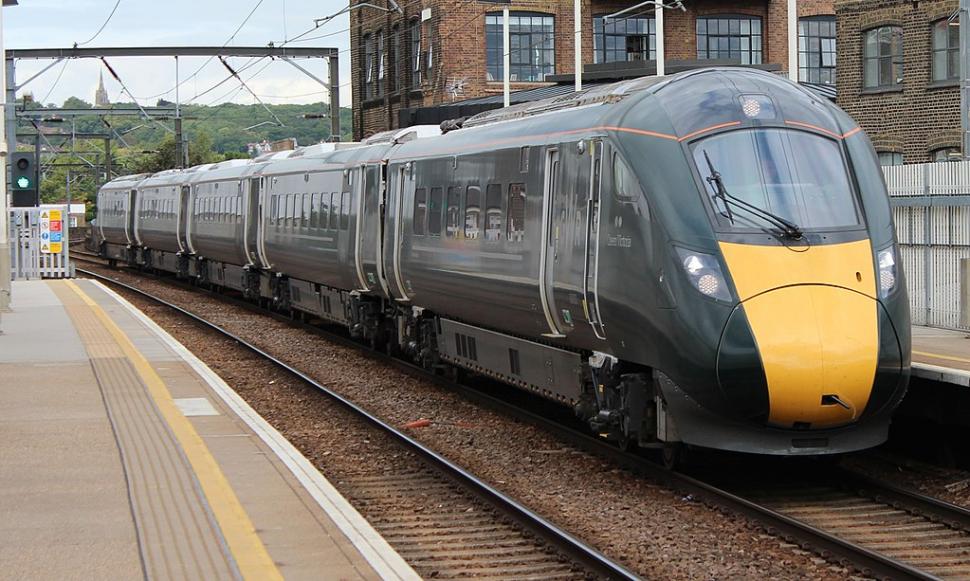 GWR and Hitachi respond after road.cc reader had problems finding where to stow his bike on Bristol to London service
by Simon_MacMichael

*This article has been updated with a response from GWR's Media Relations Manager.

Is a train manufacturer making life difficult for cyclists in the south west of England and Wales by preventing rail operating company GWR from putting cycle stickers on the outside of carriages where bikes can be stowed? That’s what one road.cc reader says he was told after he ran into difficulties getting his bike on a train from Bristol to London.

If you ever take your bike on a train, whether occasionally or as part of your commute, you’ll know that it can be an ordeal at times.

Besides restrictions on what kind of bike you can take at what time, there are also issues of spaces available, leading some operators to recommend – or even require – reservations.

One company that has introduced compulsory reservations on its faster trains is GWR, an issue we’ve previously covered.

Now road.cc reader Oliver Strother has been in touch to flag up another problem with getting a bike onto a GWR service, one related to new rolling stock and the difficulty he encountered finding the part of the train where cycles are stored – and once he did, how poor the facility was.

One of the problems he had was that unlike on the previous trains that the new ones have replaced, there is no sticker with a picture of a bicycle on the side of the carriage where bikes can be placed – and he was later told that the reason was that the train manufacturer, Hitachi, won’t permit them.

That seems rather strange to us – given that the bike storage area isn’t going to move around the train, surely the bicycle logo could (and should) have been incorporated in the vinyl wrap of the GWR livery? And since publishing this story a spokesman for Hitachi has told road.cc that there is nothing to prevent stickers being applied to their trains - plenty of them already have them - and that they are not stopping them being applied.

The first of the new class 800 trains entered service last year and in all GWR has ordered 86 units – meaning there is a lot of potential for frustrated cyclists across the franchise’s routes.

We’ve been in touch with GWR to ask them whether that explanation given to Oliver is true, and you can read their response below.

But in the meantime, here’s Oliver’s story in his own words …

There's some snags with GWR's new bike policy and trains. The new trains arrived in October 2017, 45 trains so far (I 'think' loaned) into service from Hitachi, growing to 90. And the new cycle reservation policy from GWR came in to effect this month.

As the story goes...

Today I tried to book the 1733 train from Bristol Parkway to London an hour before departure online at GWR’s website. But I was unable to secure a cycle reservation, and the new policy says no cycle reservation = no cycle on train.

So I took a punt, and went down to the station ticket office who at 1715 said there was plenty bike spaces available, so I booked a ticket avec cycle reservation.

Head to platform, train arrives, as the train passes I look for cycle symbol but there isn't one. I head to the last section of the train, but no bike symbol anywhere. #wheredoigo? Train manager Simon pops out and says carriage 'A' or 'D' , at this point I'm stood outside 'L'. (later the I'm told the staff are not permitted by Hitachi to put a bicycle sticker on the outside of the train).

I run down the platform, and ask the next platform chap, who says its actually 'B' or 'H'. I find 'H' and get on.

As I try to fit bike in the allotted space, it won't fit. There is a hook at the top of the space, where the wheel is meant to be hung, however my tyre/rim (a Continental 700x33c / Mavic A719) doesn't fit. I don't think my tyres are particularly chunky, they're not Mtb tyres. Also there is a fold down divider hinge, which looks to be in a poor state of repair.

I had a good chat with the super polite train managers (Simon and Simon) who were equally frustrated, and ask me to make a fuss/complaint to give it some attention. Slow bike loading slows down the train, which isn't good for anyone, especially Simon and Simon. So here it is, share if you've read this far.

Seems a pretty simple thing, getting a bike on a train. Makes me wonder why this has failed so badly. I wonder who designed the bike space? What their names were? How much it cost? Is my sticking out bike a fire escape hazard? Will the two Simons get a bicycle sticker for the train window ...

In a subsequent conversation via Twitter, GWR said signs would be added to carriages.

*Update: Great Western Railway's Media Relations Manager James Davis told road.cc:
"We operate a reservation policy (ie you have to have a reservation beforehand to bring your bike on board) ensuring everyone who wishes to travel with their bike is able to do so. The location of the bike reservation (ie where in the train you have been allocated a space), is clearly marked on that reservation. We are however working with Hitachi to improve some on board and external signage including additional quiet carriage labelling and exterior bike signs.

"While we cannot verify what any member of staff may or may not have said to the customer, I think we would expect our staff to help the customer and inform him/her of where he can find details of his bike reservation on his ticket.

"Attached is a picture of a cross bike in situ in the bike rack from yesterday. The racks are capable of taking standard 700c wheels of road, cross and mountain bikes. "The trains in question are new (the first one entered service last October) with modern interiors including at seat power, free WiFi etc, luggage and bike storage facilities; but if you know which service the customer travelled on and we will be able to check the state of any divider hinge and having it replaced/repaired if necessary."

To help GWR get that divider hinge sorted we can confirm that the train in question was the 17.33 from Bristol Parkway to London on Tuesday 22nd of May.