Back to news
news
Fitness
Riding 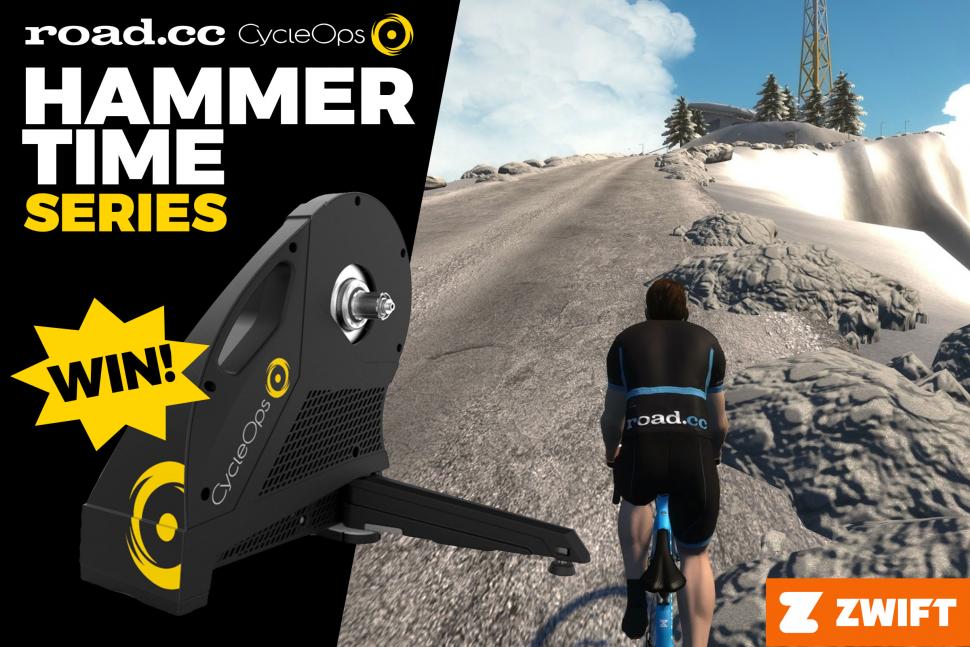 Win a CycleOps Hammer indoor trainer worth £999 in our Zwift ride series!

road.cc and CycleOps are teaming up for a series of Zwift events, and you can win big!
by dave atkinson

Do you Zwift? We do. And over the course of the few months we’re running a series of events where you can ride with us: every Monday night at 8.10pm UK time, starting on 19 February. If you ride enough of them you’ll be entered into a draw to win a fantastic CycleOps Hammer trainer worth £999. And there are spot prizes along the way! Welcome to the road.cc and CycleOps Hammertime series!

> Get started with Zwift

If you’ve been living under a rock for the last couple of years then you might have missed the advent of interactive indoor training: Zwift, TrainerRoad, The Sufferfest, Rouvy, Kinomap… the list goes on and on. Zwift is a massively multiplayer online environment where you can ride with thousands of other cyclists from around the world. There’s a timetable or organised events too, and that’s what we’re tapping into. We’re running an eight-week series, with a mix of group workouts (where you follow a specific plan for the ride) and group rides (where we all just ride around together and maybe do a couple of sprints and have a laugh). At the end we’ll be running a longer Fondo event: think online sportive for that one, it might be the longest ride you’ve done on an indoor trainer. And if you get involved you can win a CycleOps Hammer trainer worth £999! Here’s how it works 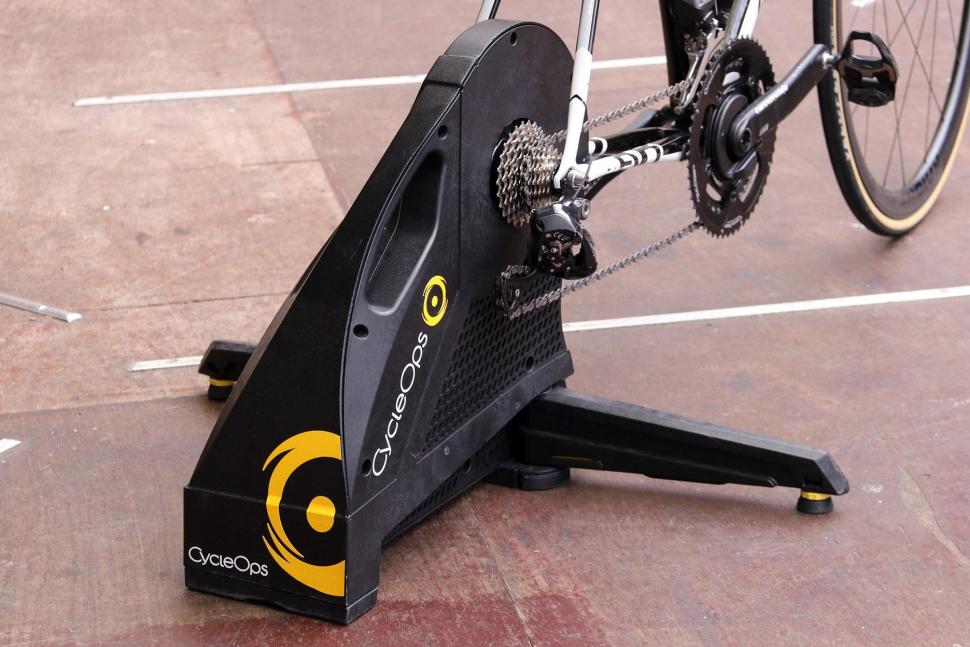 To be in with a chance of winning the Hammer trainer you have to:

So there you go! Two rides online and you’re in the hat for the big prize. Not only that, but there will be spot prizes on all of the series rides, that we’ll give to one lucky rider. There are CycleOps Training mats, Sweat catchers and riser blocks to be won along the way. All the more reason to get involved.

Look out for the events on Zwift. Of course, we’ll let you know on road.cc when they’re live. Full terms and conditions for the series and the prizes are here. Block out an hour at 8pm every Monday!

1
Could our Tour de France on Zwift April Fools joke become a reality?
2
We asked you how coronavirus had changed your cycling habits and the response was overwhelming – here’s what you told us
3
Full Kit Ranker round 1: Your chance to vote for the greatest cycling jersey of all time
4
“This does not constitute your daily exercise,” police tell cyclist stopped on M60
5
Factor updates O2 road bike
6
How to cycle responsibly in a time of pandemic – all you currently need to know
7
Froome’s Epic 80km solo attack on the Colle delle Finestre voted most heroic mountain stage of the last decade.
8
Police say cyclists in club kit are ignoring rules and riding in groups