Details have been announced of the opening two stages of the 2019 Tour de France, which starts in Brussels.

Stage 1 on Saturday 6 July will be a road stage that starts and finishes in the Belgian capital with a looping route that includes the Muur van Geraardsbergen and the Bosberg as well as a cobbled sector. 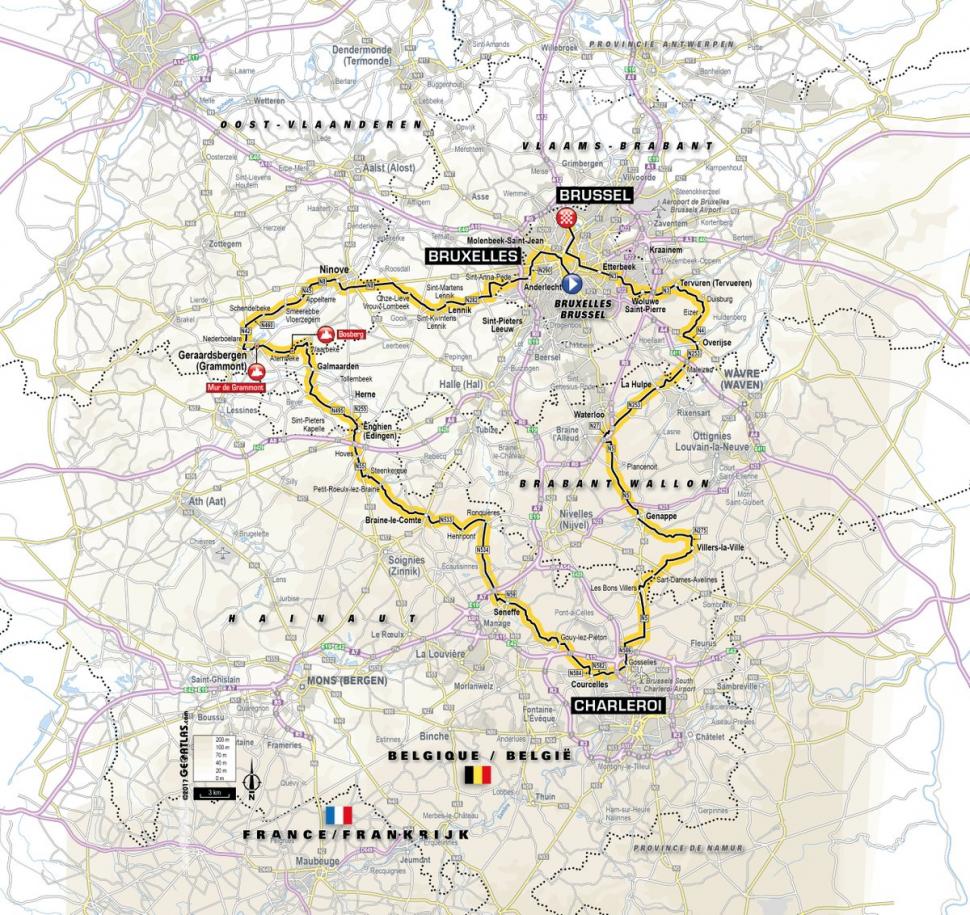 From Brussels, it will head into French-speaking Wallonia, returning to the city through Flanders for a total distance of 192 kilometres.

It will pass through Woluwé Saint-Pierre south of Brussels where five-time Tour de France champion Eddy Merckx grew up.

It’s also where the Belgian legend took the lead of the race for the first-ever time, during the 1969 edition, and with it the iconic yellow jersey – which celebrates its 100th birthday next year.

A team time trial will feature on Stage 2, covering 28 kilometres, starting at the Palais Royale and finishing at the Atomium, which in 1958 was where the Tour de France set out from on its first Grand Depart from Brussels. Last month, it was reported that Merckx might miss the Grand Depart due to an ongoing dispute with Tour de France organisers ASO.

However, today he was in Brussels at the launch of the stage routes, accompanied by race director Christian Prudhomme.