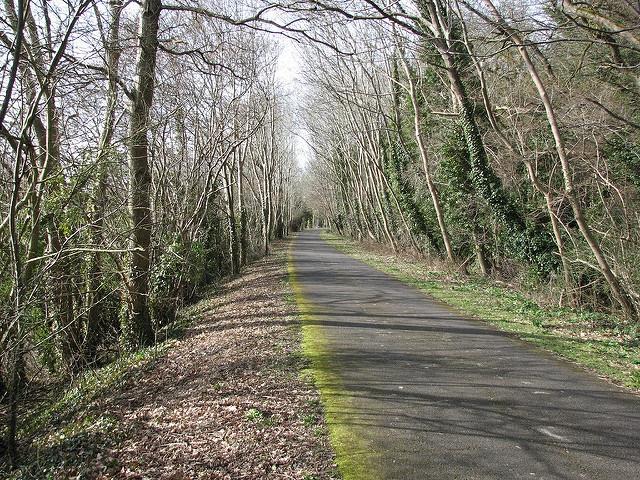 Cycle paths along the routes of disused rail lines may be under threat after the government said that it is considering restoring some lines that were axed half a century ago for use by trains. Sustrans has urged the government to protect the status of lines now given over to cyclists and pedestrians.

In its new rail strategy, published today, the Department for Transport said it would “look at opportunities to restore capacity lost under Beeching and British Rail cuts of the 1960s and 1970s, where this enables new housing or economic development, or eases congestion elsewhere on the transport system, and offers value for money.”

The Beeching cuts in particular led to the closure of thousands of miles of railway lines throughout Great Britain, though some have reopened to rail traffic in recent years while others have been given a new lease of life as routes for cyclists and walkers.

Those include the Bristol & Bath Railway Path, the Two Tunnels Greenway in Bath, the Deeside Way from Aberdeen to Banchory and part of the Monsal Trail in the Peak District National Park.

Sustrans, whose first route was the Bristol & Bath Railway Path, completed in 1986, called on the government to safeguard former railway lines that had been turned into traffic-free routes for cyclists and pedestrians.

The sustainable transport charity’s chief executive, Xavier Brice, said: “Whilst we welcome the potential re-opening of disused railway lines in principle, it will be critical that the many walking and cycling routes which have been built along some of these lines are also maintained.

“These routes, some of which form the National Cycle Network (NCN), are a critical part of the country's active travel infrastructure and strategy, encouraging people to walk and cycle in a safe environment, as well as providing important commuting access for people choosing to travel actively to work.

He added: “Every year an estimated five million people use the NCN. These trips save the UK economy over £550 million each year by reducing levels of obesity, of this £75 million is saved from the NHS budget.”