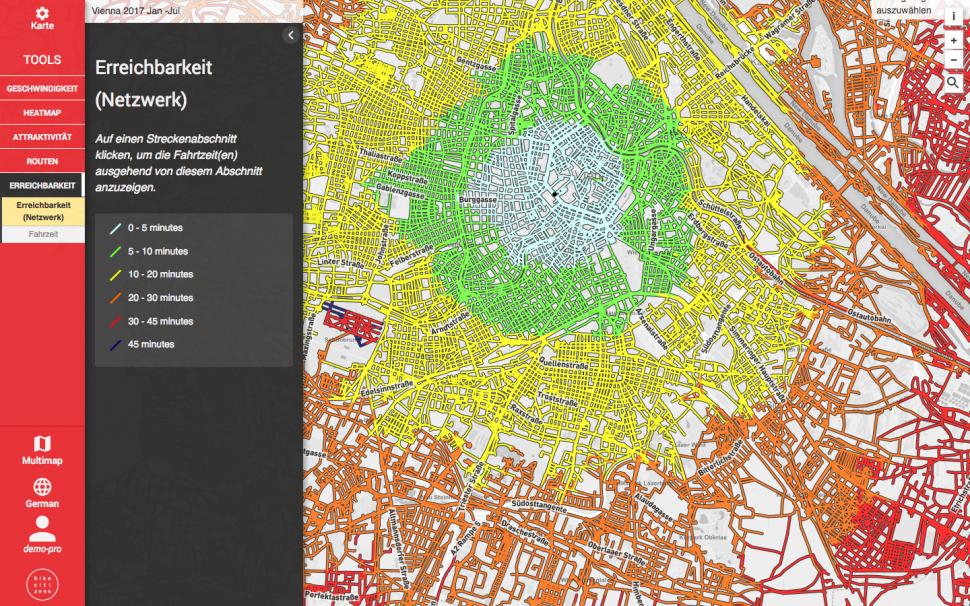 A new GPS data analysis tool aims to simplify town and city traffic planning by providing a visual representation of how cyclists use local roads.

Based on anonymised data from the navigational app and travel guide, Bike Citizens, the Bike Citizens Analytics tool can show cities from a cyclist’s perspective.

The firm says its tool allows users not only to find out how many people are cycling in towns and cities, but also to identify gaps in the local cycle network and to optimise routes.

“Long-term plans can be optimised and short-term measures approved more quickly, such as opening one-way streets to cyclists. Unlike with bicycle count stations, which only provide sporadic data, Bike Citizens Analytics visualises bicycle traffic intensity as well as comprehensive bicycle traffic trends throughout the course of the days and seasons.”

The tool provides a means by which the potential of cycle infrastructure projects can be assessed based on existing data. “This will ensure that new cycle paths are built in the right places and important transport links to schools and universities or companies with a high volume of employees for example are safely covered.”

Founded in 2011 in Graz by two former bike messengers, the aim of Bike Citizens is to make urban cycling more attractive and so improve quality of life.

The app won a Eurobike Award in 2015 for being a 'must-have' innovation and currently boasts around 500,000 users.

Planners and traffic experts can request a free demo version of the tool from info [at] bikecitizens.net