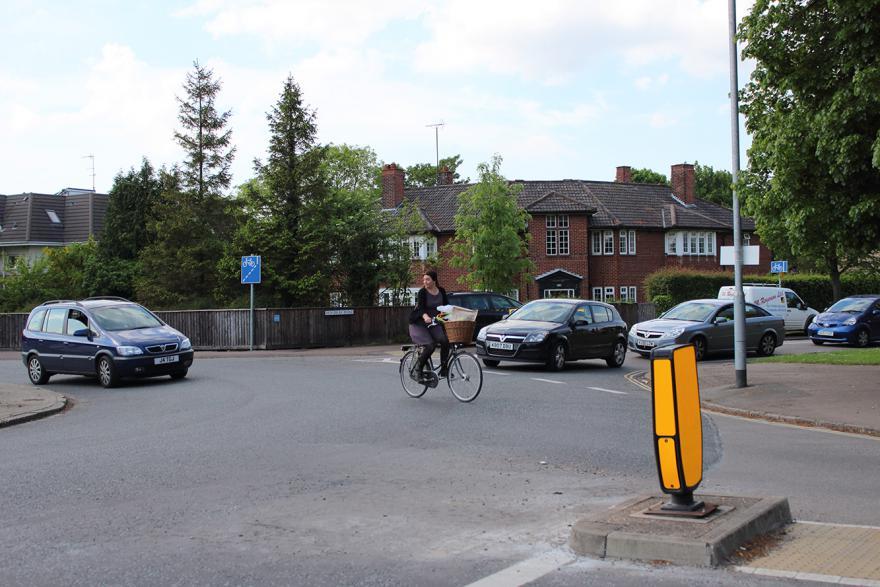 Campaigners have questioned Cambridgeshire’s police’s explanation that there isn’t sufficient road space to carry out a close pass operation. They point out that such initiatives are specifically designed to highlight why space needs to be given when passing cyclists.

Cambridge Cycling Campaign (Camcycle) has professed itself ‘beyond disappointed’ with Cambridgeshire police’s decision not to run a close pass operation similar to that pioneered by West Midlands police and has questioned the force’s reasoning.

Close pass operations involve plain clothes police officers out on bikes identifying drivers who don't allow enough room when overtaking. The West Midlands operation has led to a 20 per cent reduction in cyclists killed or seriously injured on the region’s roads since it was adopted in 2016.

A number of forces have since followed suit – most recently in Norfolk and Suffolk – but Cambridge will not be among them.

"We have been liaising with officers in the West Midlands about Operation Close Pass and have explored the possibility of implementing something similar locally.

"The average road is approximately 3.5 metres from the kerb to the white lines. Cyclists are advised to cycle 0.75 metres away from the kerb to avoid drain covers and an average car is about two metres wide. Operation Close Pass recommends drivers leave about 1.5 metres when passing a cyclist. If we add all those figures together it would mean drivers are moving into the opposite lane to overtake.

"For Cambridge city where roads are narrower and often very congested we would be potentially forcing motorists to drive at the speed of cyclists when there isn’t the recommended space to overtake.

"Cyclists are vulnerable road users and it’s important that we are doing all we can to make the roads safer for everyone but at this time we don’t believe Operation Close Pass in its current format is practical in Cambridge."

Campaigners ‘angry’ at message being sent

Camcycle said: “We are angry that they are apparently advising drivers that it is OK to pass closely because maintaining the speed and flow of motor traffic is more important than the safety of vulnerable road users.

“The fact that Cambridge's roads are narrow is precisely the reason why close-passes are a problem here and action should be taken against them. Cambs police contradict Highway Code rule 163 'Give vulnerable road users at least as much space as you would a car'. The accompanying image is clear: you should wait until the opposite carriageway is clear to overtake if there isn't space.

“Given the express intention of the police not to safeguard vulnerable road users, we suggest people cycling follow Bikeability training guidelines and cycle centrally in the lane on narrow roads, to prevent the kind of dangerous overtakes the police refuse to take action against.

“We have seen that Cambridgeshire Police have been very reluctant to enforce 20mph despite the proven benefits for road safety in other towns and cities. We see them once more refusing to take action that is proven to protect vulnerable road users because they do not wish drivers of motor vehicles to be delayed whether in the city or out on the country roads of the county.”

Sam Jones, campaign coordinator at Cycling UK, told Cambridge News: “Cambridgeshire police’s decision is very disappointing. Not only does it demonstrate a lack of understanding of the Highway Code’s guidance on overtaking people cycling, but it also seems to prioritise the inconvenience of one road user over the safety of another.

“Cycling UK would urge Cambridgeshire police to rethink their position, as clearly in a congested city like Cambridge, close passes are a problem, and need to be addressed if they are serious about keeping cyclists safe.”

Our own Simon MacMichael is a Cambridge resident.

“Compared to other places I’ve lived and used a bike to get around, we’re absolutely spoilt in Cambridge.

“We have some terrific off-road routes particularly on or close to the river, and the separated lanes on Hills Road are a delight to ride along, as are the cycle paths along the guided busways.

“And in many parts of the city centre, the introduction of filtered impermeability – barriers across streets that block through motor traffic but allow people on bikes to pass freely – means the streets are largely given over to cyclists.

“True, many drivers give you ample space when overtaking – here, given that levels of cycling far exceed those anywhere else in the UK, the likelihood is that they will ride a bike, or have family members who do.

“But, it only takes one close pass to ruin your day, and it is a daily occurrence for anyone who chooses to get around the city on two wheels.

“And in my experience, it’s due not just to sometimes shocking driving, but also poorly thought out road layouts.

“Late at night, on Mill Road, say, it’s not unusual to have a driver pass you closely at 40, 50mph on what is a 20mph road – and moreover, one that isn’t too far from the main police station.

“Riding into town along Cherry Hinton Road, you encounter another problem. There are narrow cycle lanes either side, but the space that leaves for the single lane of motor traffic going in each direction means that if you are riding in them, close passes are inevitable.

“Then, you have somewhere like Arbury Road where, particularly at the southern end close to the junction with Milton Road, parked cars either side mean that it’s highly likely you will be overtaken far too closely.

“As I said above, there are a lot of positives here, but there is also much that could be improved.

“And, is it just me, or is rejecting the concept of a close pass operation on the grounds that there isn’t enough space to do so missing the point, while at the same time reinforcing why it’s needed?”

It was subsequently reported that the operation ended with officers instead turning their attention to cyclists riding without lights.

Referring to close-passes, a police spokesman said of officers: “So far they’ve not seen it as a problem.”