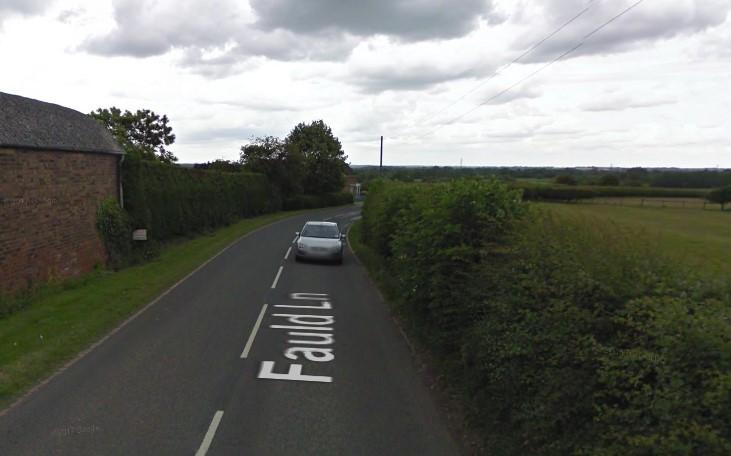 A Derbyshire man who repeatedly swerved into a group of cyclists and hit one of them has been jailed for 16 weeks after pleading guilty to dangerous driving. 50-year-old John Rafferty lost his temper while attempting to get past a dozen cyclists, two of whom were 12-year-old boys.

The Derby Telegraph reports that the incident took place in Fauld Lane, at Coton in the Clay, near Tutbury, on July 26 last year.

A local cycling club, CC Giro, were riding two abreast when Rafferty drove up behind.

"One of the lead riders rode past him and started to remonstrate through the window, before pulling in front of him. This seemed to annoy the defendant even more and he drove within inches of the lead rider eventually hitting his back tyre and sending him off his bike and into the side of the road."

At this point Rafferty and the cyclists stopped until the police arrived. The motorist was charged with dangerous driving to which he pleaded guilty at his third court hearing.

Speaking outside the hearing, the man who was injured, said: "I am in my 60s and I have ridden for more than 50 years, including leading cycling tour holidays in the UK and abroad, and I have never experienced road rage like this in all of that time."

District Judge Jonathan Taaffe said: "This involved you using your motor vehicle as a weapon against a vulnerable group of road users in what can be termed a road rage incident.

"Cyclists are vulnerable not because they don't know how to use the road but because they lack protection from impacts such as this. You firstly intimidated them because you wanted to get past them, sounding your horn continuously for 25 or 30 seconds.

"There were cyclists as young as 12 in that group and the way you drove would have caused them fear and anxiety. You attempted to overtake the group and swerved into them on three occasions and using your screen wash against them.

"Finally, when one of them rode past you to remonstrate you ran him off the road and into a hedge. This could have resulted in absolutely catastrophic and life-changing injuries for the cyclist involved."

“So the red mist came down and Rafferty decided to use his car as a weapon against children as young as twelve: all because he couldn’t wait to overtake. If momentary delay is all it takes for Rafferty to react in this way, you have to question whether he has the right temperament to be back behind the wheel of a car in just over two years’ time.

“Presumably the assumption is that he will by then be a man chastened by experience, and a more tolerant and patient driver. Perhaps, rather than crossing fingers and hoping for transformation, it should be for Rafferty to prove he’s fit to drive before he gets back behind a wheel.

“What the UK needs are longer disqualifications, and greater use of re-tests before banned drivers recover their licences. The Government could of course always look at that, if they got in with the full review of road traffic offences and penalties they promised back in 2014.”