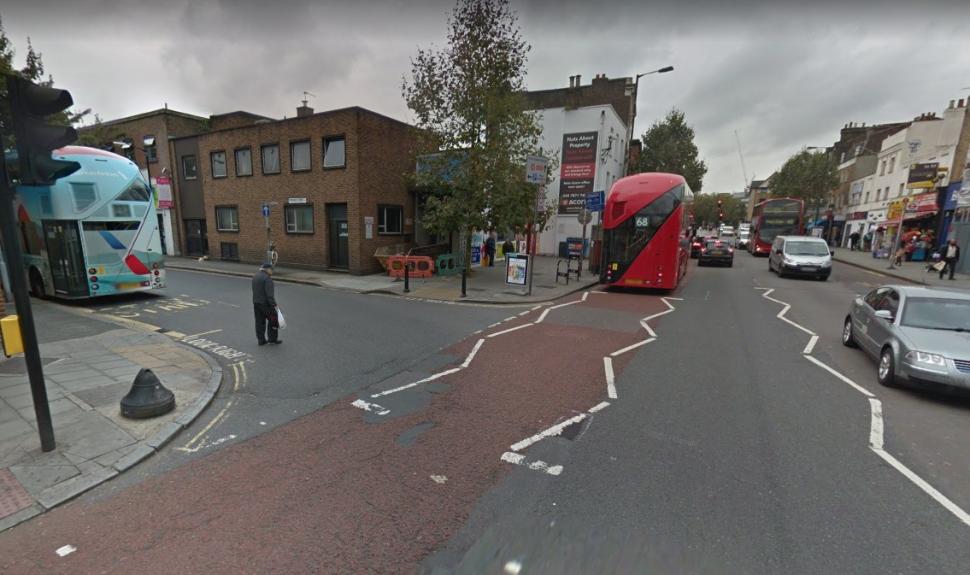 Transport for London (TfL) and Southwark Council have been accused of ignoring a coroner’s call for safety improvements at the junction where cyclist Esther Hartsilver was killed in May 2015.

Hartsilver was in a bus lane when truck driver Philip Beadle turned left off Denmark Hill into Orpheus Street and suffered multiple injuries when she went under the wheels of his lorry.

Beadle was found not guilty of causing her death by careless driving and told an inquest that the junction was “an accident waiting to happen.”

Reporting on the design of the junction of Denmark Hill with Orpheus Street in February of this year, Sarah Ormond-Walshe, the assistant coroner for the coroner area of Inner South London, wrote: “Traffic wishing to turn left may, at the moment, turn left from Lane 2. This means that they cross a lane of traffic that may well be travelling straight ahead. Miss Hartsilver was an experienced London cyclist and the HGV driver an experienced driver also. It is the junction that is unusual.”

Southwark is the highway authority for both Denmark Hill and Orpheus Street with TfL working in support. “They both have different functions and duties but it would take both working together to agree a change to the design,” wrote Ormond-Walshe.

She finished by asking Southwark and TfL to consider interim modifications to the junction and to make the safety of cyclists a major consideration when final decisions are made as part of larger planned improvement of Camberwell.

The London Evening Standard has now reported that TfL’s plans for nearby Camberwell Green do not include “protected space” for cyclists – only bike logos painted on the road, not segregated lanes.

A TfL consultation on these plans runs until September 3.

Just to the south of the Camberwell Green improvements, traffic will continue to make left turns across cyclists' path at the junction where Hartsilver was killed.

Recent changes to the junction include; shortening the bus lane, installing arrow markings to encourage people to get into the correct lane and placing symbols on the road to raise awareness of cyclists.

Leon Daniels, MD of Surface Transport at TfL, said: “We have listened to everything the coroner said following the sad death of Esther Hartsilver and have worked closely with the council to make a number of changes to the Denmark Hill/Orpheus Street junction layout, with further improvements planned.

“This includes installing temporary safety improvements to the Camberwell Green junction, allowing cyclists to move off before cars, as well as providing more space for pedestrians. We are continuing to work with Southwark Council on a more transformative scheme to reduce the traffic dominance in the area.”

Southwark said it was making the entrance to Orpheus Street narrower, with a raised platform, to slow traffic, while new signs will remind drivers to look out for cyclists.

Ian Wingfield, cabinet member for environment, said: “We took on board everything the coroner said following the death of Esther Hartsilver and, working with TfL, the council has looked at numerous scenarios for changing the layout around the Orpheus Street junction. Every change we looked at created a potentially even more dangerous situation further down the road at the busier junction with Coldharbour Lane.”

Nicola Branch, co-organiser of Stop Killing Cyclists, said: “There are no measures for safer cycling there in any shape or form. It’s really awful. You could have safe lanes. You could protect cyclists from left turns. But there is absolutely nothing whatsoever.”

The group is to meet walking and cycling commissioner Will Norman next week to express its concerns.