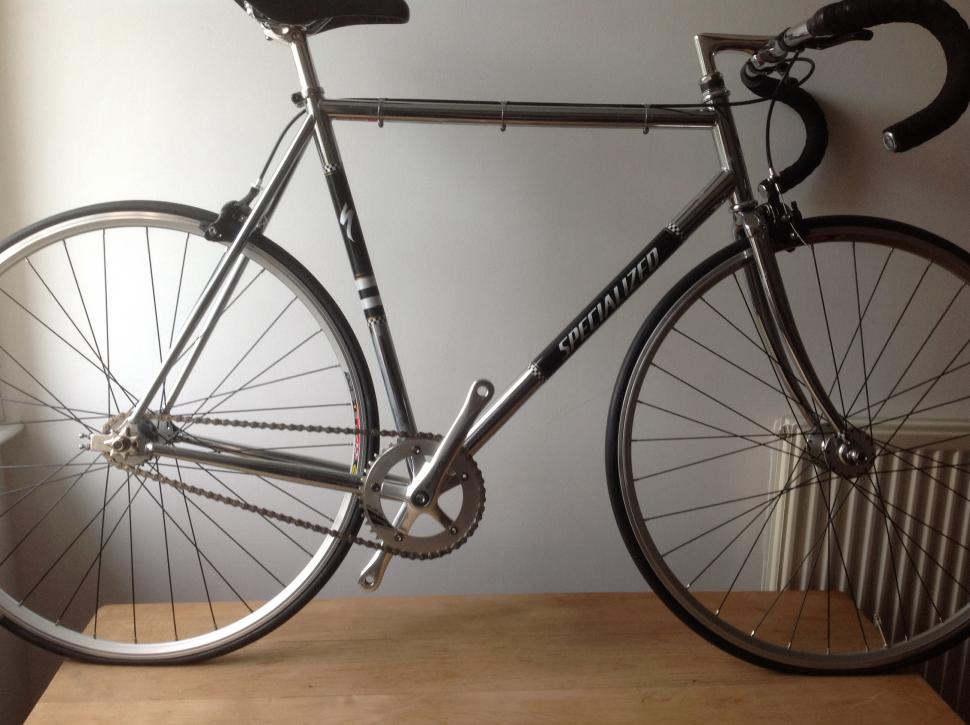 Is this the worst bike thief ever?

Bike thief gives up after realising he can't ride the bike he's trying to steal...
by Sarah Barth

A bike thief in Manchester gave back the bike he had just stolen - because it had two flat tyres and he couldn’t ride it.

A ‘huge guy’ approached Brook Ellis in Chorlton as he pushed along his Specialized Langster.

He wrestled the bike from the student but then was unable to ride the bike - because it had fixed wheels and two punctures.

Brook, who is studying for a Masters in peace and conflict at The University of Manchester, said on Facebook: “He started asking to ride it while trying to pull my hands off it and push me away.

“Rather than just lamping me and taking it the old fashioned way, he persisted with this odd pushing thing.

“I’m saying that it’s got two flats, and he’s saying something about me not wanting it then.

“He’s getting more aggressive and I’m getting nowhere, so I take the chance that he’s unaware of the performance-sapping effects of deflation on the common road tyre and allow him to get an overly optimistic leg over it.

“Reality dawned. He was also stumped by how to operate a fixed gear and ended up giving up.

“There was an awkward moment when we said our goodbyes before he walked out into the road and nearly into the path of a car.”

Brook, 34, told the Manchester Evening News: “It was a weird situation. I was never more than a few feet away from the bike. I wasn’t scared but didn’t want to get hit and have my bike stolen. It was awkward.

“It was just a bit absurd.”

A spokesman for GMP said: “Police were called at 12.15am on July 31 to reports of an attempted bike theft on Barlow Moor Road with the junction of Zetland street in Chorlton.

“A man tried to take the bike from the victim, pushed him and then walked away.”