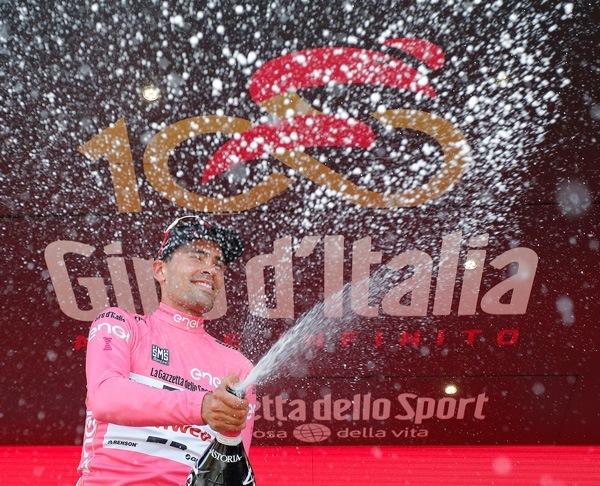 Tom Dumoulin of Team Sunweb has become the first Dutch rider to win the Giro d'Italia, overturning a 53-second deficit to Movistar's Nairo Quintana to take the 100th edition of the race.

On a day of celebration for the Netherlands, only fellow Dutchman Jos van Emden of LottoNL-Jumbo was able to go faster than Dumoulin, his time of 33 minutes 8 seconds securing the win in the 21st and final stage, a 29.3 -ilometre individual time trial from Monza to Milan.

At the second time check, taken after 17.4 kilometres at Sesto San Giovanni, Quintana had lost a minute dead to Dumoulin, who now had a narrow lead on the road despite having begun the day in fourth position overall.

As the Colombian passed under the flamme rouge to enter the final kilometre,  Dumoulin knew that victory was his, television pictures showing him breaking out in a huge smile. 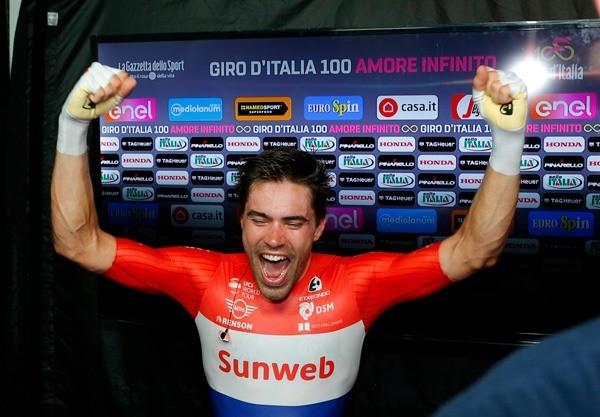 He had finished 15 seconds down on van Emden today, with BMC Racing's Manuel Quinziato third.

The Dutch rider's margin of victory at the end of the three-week race was 31 seconds, with Bahrain-Merida's Vincenzo Nibali a further nine seconds back to complete the podium in third place.

“It's really crazy," he said afterwards. "I've won the Giro! It was such a nerve wrecking day.

"I needed to stay calm and I almost couldn't. Luckily I had good legs and I just went for it.

I didn't want to know the time splits. My sport director was only supposed to tell me when to stop taking risks and he did it at half way already.

"When I crossed the line he told me I had won but when I looked at the TV screen I saw I only had three seconds lead and I panicked a bit."

He added: "I was angry but eventually I pulled it off and I'm super happy.” 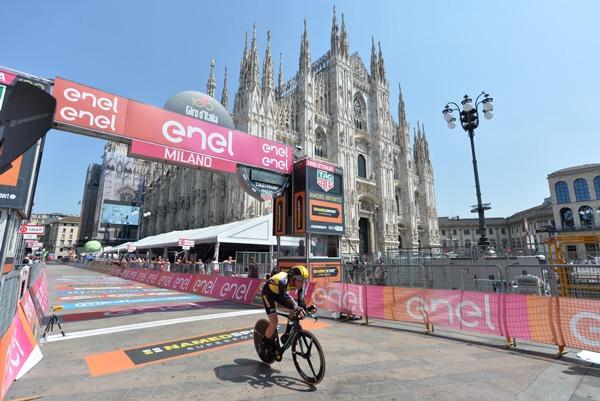 Stage winner van Emden said: “It's unbelievable. I'm so happy and so emotional.

"I've come second in time trials too many times. This is the greatness of cycling. Finally I've won and it's a big one.

"There are two really happy people here from the Netherlands.

"Yesterday I sent a message to Tom Dumoulin with the maglia rosa and he replied he'd hope we'd both be celebrating today and we are.”

Team Sky's Mikel Landa and Fernando Gaviria of Quick Step Floors completed the final stage to confirm their respective victories in the mountains and points classifications.

Orica-Scott's Adam Yates had begun the day in the white jersey of best young rider with a lead of 28 seconds over Bob Jungels of Quick Step Floors.

But as expected, the reigning Luxembourgish national time trial champion proved too strong for the Briton as he won the prize for the second year running.