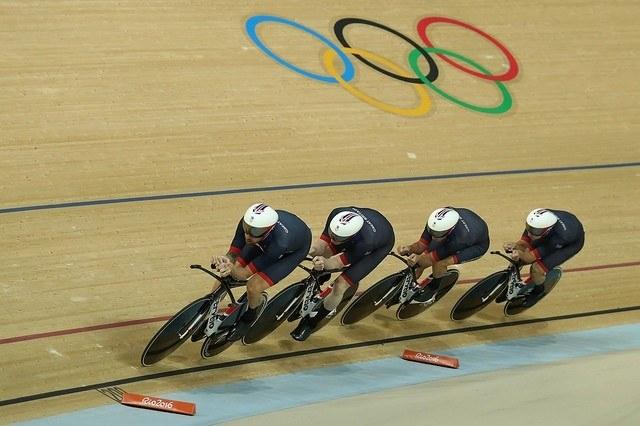 Do the Olympics really motivate people to try sport?

Study suggests Olympic effect is rather more limited than we'd like to think.....
by Sarah Barth

A new study has questioned how much the Olympic Games really inspires ordinary people to take up sport, with only 7 per cent of people saying they had been motivated by them.

London’s 2012 Olympic bid was underpinned by the idea that young people would want to follow in the medallists’ footsteps and be more active, but the survey conducted by YouGov on behalf of the company Pro Bono Economics found it had not had the intended effect.

7% of 2,000 respondents said they had been inspired to take up sport by the Olympics. Of the rest, 18% blamed their busy lifestyle for their failure to get active; 17% cited the cost of playing sport as being the main thing stopping them; 12% claimed a lack of local facilities. Another 12% said they simply lacked the confidence to participate in sport.

The respondents also cast doubt on the approach taken by UK Sport for funding, where sports with the best prospect of winning medals are prioritised.

Only 7% backed this approach while 9% said the money would be better spent on schemes targeting those who do not exercise enough.

The Paralympian Dame Tanni Grey-Thompson told the Guardian: “In the UK we like to think we are a nation that loves sport but perhaps we are more of a nation who loves watching sport.

“We know there is a disconnect between elite sport and participation. Currently inactivity costs the nation £20bn a year so this is not something we can keep putting off.

“Unless we look more creatively about how we engage everyone in physical activity, we may win medals but we will be bottom of the league table on health and wellbeing.”

The annual Active People Survey, which notes the number of people participating in moderate physical activity at least once a month, found that the population share of those who did so has deceased from 57.4% to 57% over the last 10 years.

On the other hand, the number of people who do moderate exercise at least three times a week has continued to rise, meaning the active portion of the population is becoming ever more active.