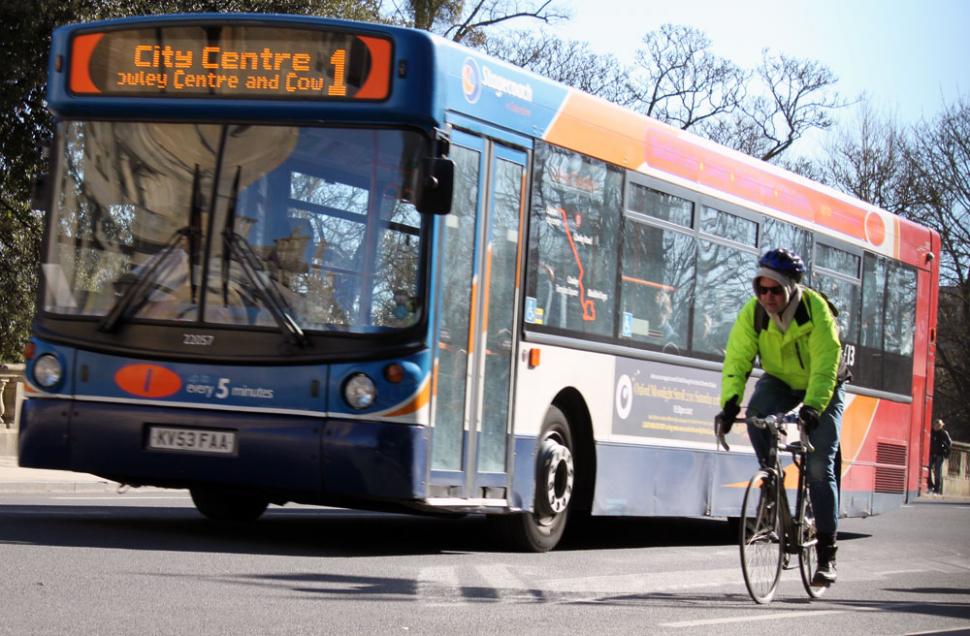 A civic society has warned that new roads circumnavigating the £440m renovated Westgate Shopping Centre in Oxford could be deadly for cyclists.

Oxford Civic Society says the corners are often too tight, meaning there is little room for vehicles and unnecessary conflict with bikes.

The society warns that at its narrowest point, one of the road's corners will leave just 60cm between passing buses.

The group has taken its concerns to the county council, who say the plans are safe, but the Oxford Times discovered that one of the bus companies is seeking an ‘urgent’ explanation.

Civic society chairman Peter Thompson said: "Our issue is about the numbers of buses and the capacity for the roads to accommodate them all without causing massive obstructions or accidents.

"If you put into the equation the fact there will be cyclists mixed up with that, and these really tight corners, we think it is a recipe for disaster.

"These things are a consequence of the way they have tried to fill the site as much as possible with the buildings.

"You can argue it shouldn't waste space but to compromise safety by designing it to gain a few square metres is pretty reprehensible."

The corners in question are to the north of the development, near the new John Lewis.

Officials recorded in a safety audit that the buses passing would be very close, but this was only made public after a freedom of information request.

The developer, Westgate Oxford Alliance, responded that the road was 'deliberately been kept narrow' to make vehicles slow down.

Phil Southall, managing director of Oxford Bus Company, said: "We were surprised to see this report and are concerned it seems to suggest that the guidance we've provided to the county council on minimum acceptable road widths may not have been taken on board.

"We are working closely with the council and Westgate Alliance on several matters related to the new development and so will be following this issue up urgently with them."

But Cycling UK Oxford branch spokesman Graham Smith said: "Safe cycling has just really not been considered. If you are rebuilding roads like this it makes sense to have the safest provision possible.

"But this does not even meet the new standards set for cycling by the county council itself – it is outrageous."

The Westgate Shopping Centre is set to reopen in October after its revamp.