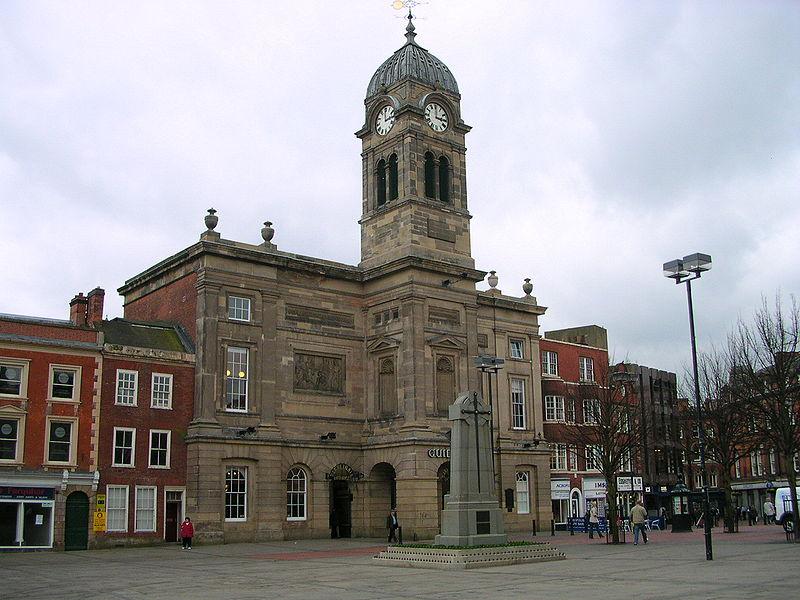 Pushing your bike along in Derby city centre? The law would like a word...

Police in Derby have stopped almost 300 cyclists in the past two days as they enforce a two-week clampdown on people riding their bikes through the centre of the East Midlands city, including many who are quite legally pushing their bikes along after complying with signs telling them to dismount.

The campaign ostensibly targets those cyclists who ignore such signs in designated “no vehicle” zones in the city centre, and according to the website This Is Derbyshire, the most affected areas are Cornmarket, the Morledge and St Peter's Street.

The police, acting in partnership with council officials in response to complaints apparently made by disabled and older residents regarding people cycling within pedestrianised areas, stopped 88 people on Monday and 204 yesterday.

Those figures include cyclists who weren't actually doing anything wrong, with Sergeant Nick Allgood from Derby City Safer Neighbourhood Team confirming that those who were simply pushing their bikes along were also spoken to.

"We spoke to these people to ensure that they knew about the restrictions," he explained, adding that although cyclists should already be aware of existing no entry signs in the affected area, posters would also be put up setting out the rules.

A Derby City Council spokesman said that it was expected that 800 people would be spoken to by the time the campaign finished, although given the number of cyclists stopped in the first 48 hours, that figure could be comfortably exceeded.

Signs have recently been placed in the city centre telling cyclists to dismount, and transgressors can face a £30 fixed penalty notice.

Councillor Chris Poulter, cabinet member for neighbourhoods, told the website that the initiative had been successful in its first two days.

"It has certainly raised awareness to the issue,” he said. “The majority of people seem to be taking the advice give.”

He continued: "Some people have been riding through the city centre for a long time and so it will take some getting used to. But the number of people who have been stopped shows it is a significant issue."

A spokesperson for Cycle Derby told the website that cyclists in the city now had more options thanks to the opening of a new ring road, adding that “works currently ongoing at Cheapside, Wardwick, Strand and the Morledge will make the city even more attractive and convenient for people using two wheels.”