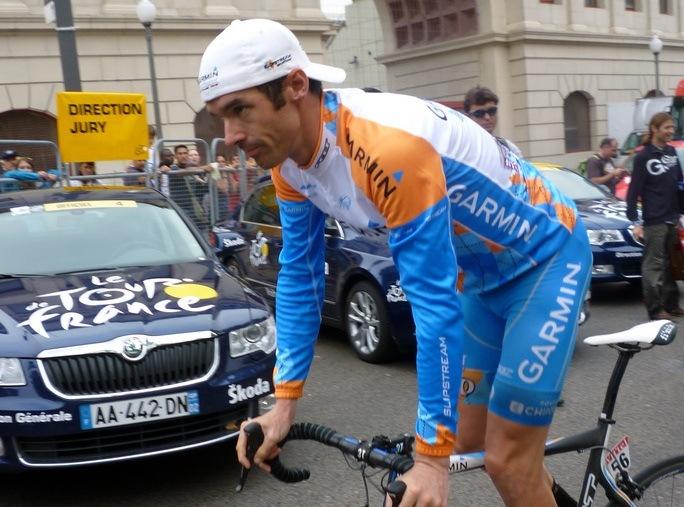 The former pro writes in yet more detail about his past, TUEs & the failures of those in charge in piece titled "How to Get Away With Doping"...
by Elliot Johnston

Oversight on which drugs were available under therapeutic use exemption (TUE) constitutes a failure on behalf of both the World Anti-Doping Agency (WADA) and cycling's international governing body the UCI, according to former WADA athlete commission member David Millar.

Specifically, Millar calls the use of TUEs cycling's "elephant in the room," and also says that the use of TUEs should only be permitted outside of competition and that cycling should "avoid a system open to abuse and exploitation."

Given how open Millar has been about his own past and use of performance enhancing drugs, his opinion on matters like these carry a certain amount of weight, and the opinions he has penned in an opinion piece penned for the New York Times this week are a testament to that perspective.

Since the Fancy Bears leak Millar has already suggested that the drug, triamcinolone, that Sir Bradley Wiggins was reported to have used was "scary" and should be banned in races. Now, with the New York times piece, the Scot has opened a much bigger window into his own experiences.

In particular Millar opens up about his use of triamcinolone - or more specifically the brand that he used, Kenacort - suggesting that those who took the drug more than once a year or in bigger doses than he took were "madmen."

"On one occasion, I received a T.U.E. for a fake tendon issue." Millar writes. "The maximum dosage I ever took was 40 milligrams, which is in the range of the manufacturer’s recommended dosages.

"The Kenacort was so powerful that it was ultimately destructive. I didn’t like taking it, but I was so deep into what I was doing at the time that I did what I considered had to be done.

"Kenacort was a once-a-year drug; the stress it put on your body required time to recover. You’d be mad to take it more often or in bigger doses, although, sadly, there were enough madmen around at the time in pro cycling who surely did just that."

To put Wiggins's use of triamcinolone into perspective, Millar says that the three times that he took Kenacort he was the lightest he had ever been in his career while losing none of his power. That revelation, and the fact that it was all "within the letter of the law" also highlights the failings of the UCI and WADA.

"I was taking this powerful, potentially dangerous drug as a performance enhancer, yet I was doing so within the rules — thanks to the T.U.E. loophole," Millar writes.

"My doping, for that is what it was, could not be judged illegal as long as I fulfilled all the criteria demanded by the authorities. I was within the letter of the law, even though I was cheating it. I was in the gray zone."

Millar's opinion piece isn't all doom, gloom and criticism. He does celebrate the change in cycling's culture, saying that the past 15 years of change has seen "what was once a doping culture become an antidoping culture, and the biggest races are today being won by clean riders."

That is, before bringing up the "elephant in the room."

Millar writes: "There has been an elephant in the room during this period of transition: the T.U.E. culture. The World Anti-Doping Agency, and the international governing body of cycling, the U.C.I., have failed in their oversight of the list of drugs available with a T.U.E. and in their administration of the application process.

"A T.U.E. should allow access to a performance-enhancing drug only if that drug is required for proven medical reasons. Then a T.U.E. should permit its use — but only out of competition. If any traces of the drug are found by in-competition testing, then that should result in a ban. For an athlete’s own well-being, it is better to face the fact of sickness or injury and withdraw from competition. And for the sport’s well-being, it is better to avoid a system open to abuse and exploitation."