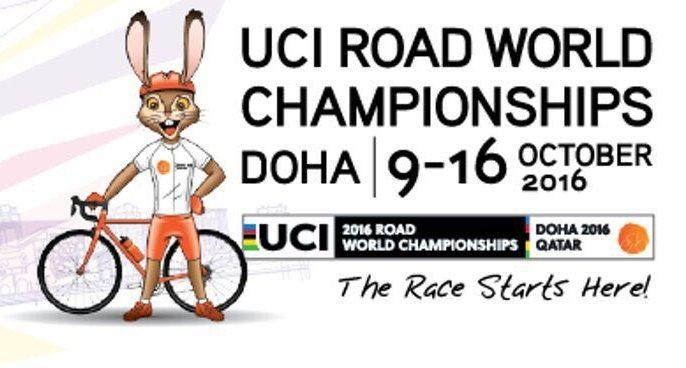 "It's a shame to stand on the podium and realise that there are more reporters than fans present," said Tony Martin after winning the UCI Road World Championships Team Time Trial with Etixx-Quick Step earlier this week. The fans in Doha may be few in number, but they are at least committed.

Having returned to the podium after winning the individual time trial this afternoon, Martin may have spotted Omar al-Inizi amongst the non-reporters. The Saudi Arabian apparently does not share the pros’ concerns about the heat as he rode 560km from Riyadh to watch them race.

“I was very happy and pleased when Qatar won hosting rights for the UCI Road World Championships in 2012. Ever since then, I had wanted to watch the world’s best riders from close quarters. A few weeks back, I decided to arrive in Doha in style, by cycling between the two cities.

“Since I was travelling mostly alone, I spaced out my journey in order to avoid being exhausted. I rode during the evenings and early mornings. Once I crossed the Qatar border, friends from Qatar Cyclists, a local riding group, started accompanying me. It was a very memorable experience.”

Nor does he seem worn out, saying he ‘cannot wait’ to take part in the Ride of Champions, the mass competitive event for the public.

Al-Inizi urged others to join him at the event.

“This is a rare opportunity to see top cycling talents in action so close to home. We may not get such an opportunity again. I hope my countrymen will come to Doha to watch the different races. It will be a once-in-a-lifetime opportunity.

“Personally, I would like to meet and interact with Slovakian Peter Sagan, Briton Chris Froome and German Marcel Kittel. That is my biggest dream in Doha.”

He'll have much further to go if he wants to attend in 2019.