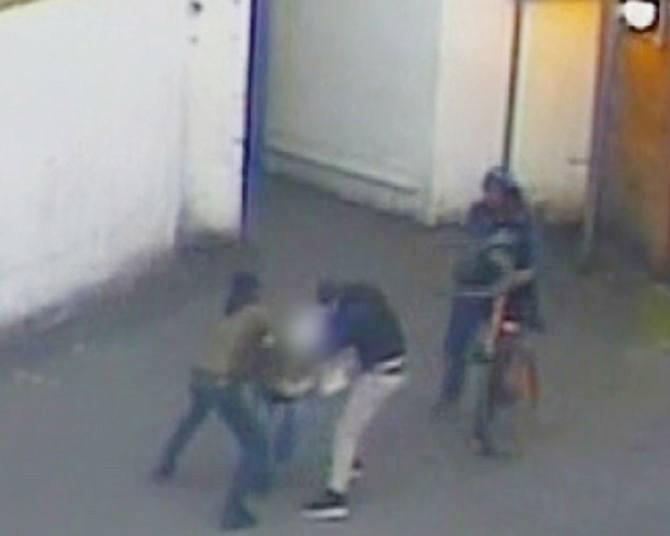 The Metropolitan Police has released CCTV footage of a gang of five teenagers who took the bikes from two younger cyclists in Morden on Wednesday July 6.

Police were called at around 9.20pm to reports of a robbery near to a subway by Sainsbury's car park on London Road, Morden. Two teenagers had been robbed of their bikes and a mobile phone.

The footage, which can be seen on the London Evening Standard website, shows five older teenagers approach the two cyclists. They are said to have threatened them before demanding they hand over their bikes.

A bike was taken from one of the victims. When the other put his bike down to intervene, the group turned their attention to him and, after a struggle, eventually took his bike too.

The suspects then fled in various directions.

Police are keen to hear from anyone who may recognise any of the five. Anyone with any information is asked to contact Merton Police on 101 or Crimestoppers anonymously on 0800 555 111.

'Suspect 5' is described as a slim built, black teenage boy with short hair wearing a dark baseball cap, blue jacket, beige trousers and was seen in possession of a white plastic shopping bag.

Last year, 18-year-old Joshua Williams was sentenced to life imprisonment for the fatal stabbing of teenage cyclist Alan Cartwright, whose bike he was trying to steal.

Cartwright, aged 15, was cycling with five friends on Caledonian Road, Islington, on the evening of February 27 when Williams and two other youths ambushed them. The incident was caught on CCTV.

Two of the cyclists had their bikes stolen. Cartwright, who managed to keep his as Williams tried to take it from him, was stabbed. The teenager managed to cycle on but a short time later collapsed and died outside the Cally swimming pool despite the efforts of paramedics, a police officer and a first-aider.

One week after the incident, Williams was taken to a police station in Islington by his parents, with his mother saying that he was there in connection with the incident on Caledonian Road. “Yes, he’s involved, he did it,” she said.

Shortly after Alan’s death, Nathianiel Peat, who founded and runs a self-defence charity called The Safety Box, warned that bike-jackings were an increasing problem. He said that older youths were targeting younger teens to steal their bikes to either sell them on, keep them for themselves, or as part of a gang initiation.